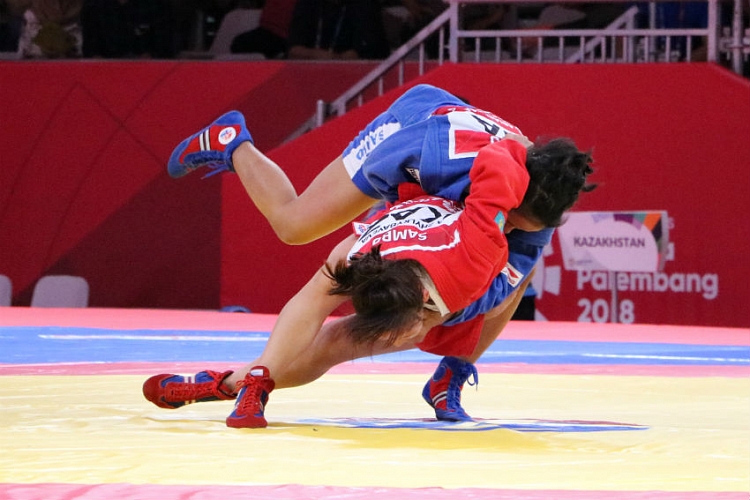 Nodira Gulova (Uzbekistan), a bronze medal winner in the up to 48 kg weight category among women. 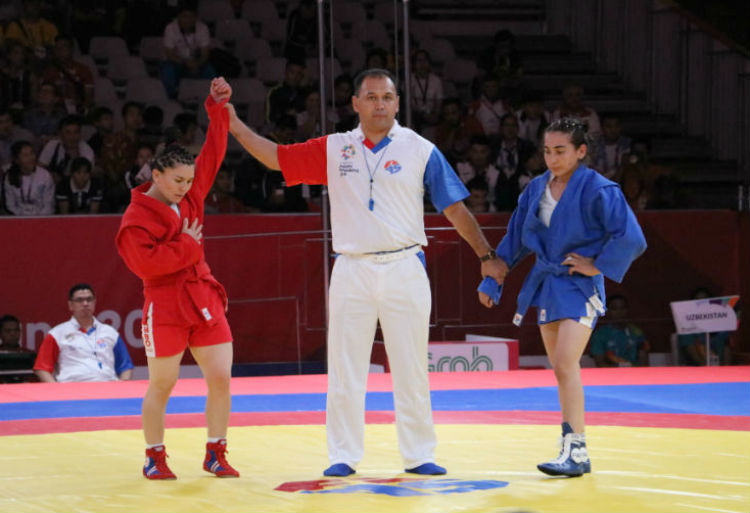 ‘I was taking part in the Asian Games for the first time, it was a really great event in my life. I admit I’ve been aspiring for the gold rather than the bronze yet it has turned out what it is. Now, holding this medal in my hands, I can say that it is very heavy, both literally and figuratively. All my opponents on my way to the bronze had been pretty tough, and in the fight for the third place, I was matched against one other Uzbek sambist who I know very well. We even practiced together at the training camp before these competitions. Each of us could win, but I was probably a bit more motivated, so that's why I succeeded.’

Aizhan Zhylkybayeva (Kazakhstan), a bronze medal winner in the up to 48 kg weight category among women. 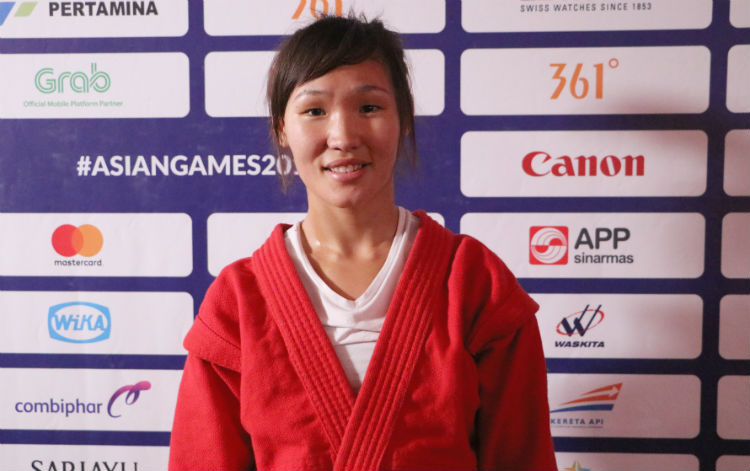 ‘I am glad that I’ve managed to win a medal, and I wish to thank all the coaches who had been involved in my training. Also, many thanks to Jakarta. Indonesia is awesome! Honestly, when I was going to the Asian Games, I was aiming at nothing but the gold. Our team was intensively preparing for this tournament, attending training camps both in the mountains and indoors, and each of us put a lot of efforts to achieve the result. But still, I found myself lacking a bit of something to win...

Nevertheless, the bronze medal is an excellent result, too. Last year, I had won the gold at the Asian Indoor and Martial Arts Games in Ashgabat. Today, the bronze award of Indonesia added to that medal. And at the next Asian Games, I would definitely become a champion, the main thing is for SAMBO to be included again in the Games program.’

Akhmad Rakhmattiloev (Uzbekistan), a bronze medal winner in the up to 52 kg weight category among men. 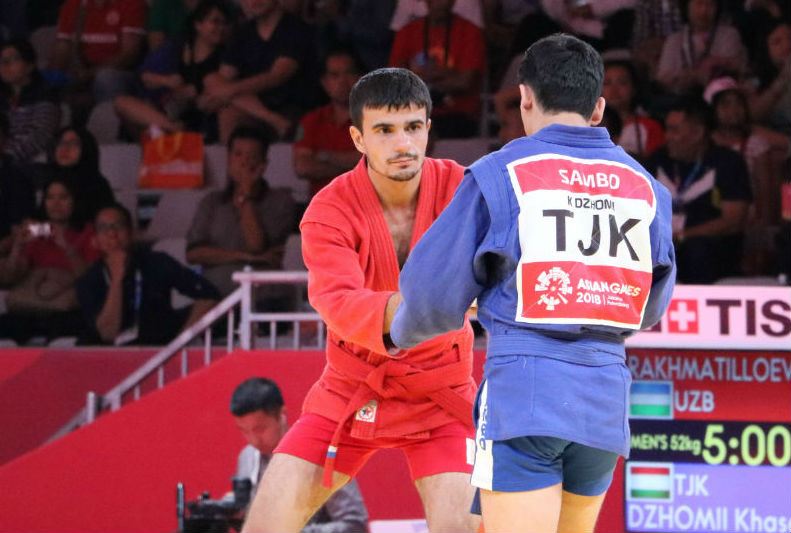 ‘All my opponents were strong, so it was very hard to win a medal at this tournament. I am overjoyed with my taking the third place, it's a really big, happy occasion. This medal is of great value for me, as it is not every day that you become a bronze medalist of the Asian Games. What’s more, SAMBO is included in the program of the Asian Games for the first time, which means that my name will also be inscribed in the history of our sport. We began to prepare actively for the competitions about three months ago, and we`ve worked really hard at training camps and practice sessions, in order to demonstrate some decent result.’

Narantsetseg Ganbaatar (Mongolia), a gold medal winner in the up to 48 kg weight category among women. 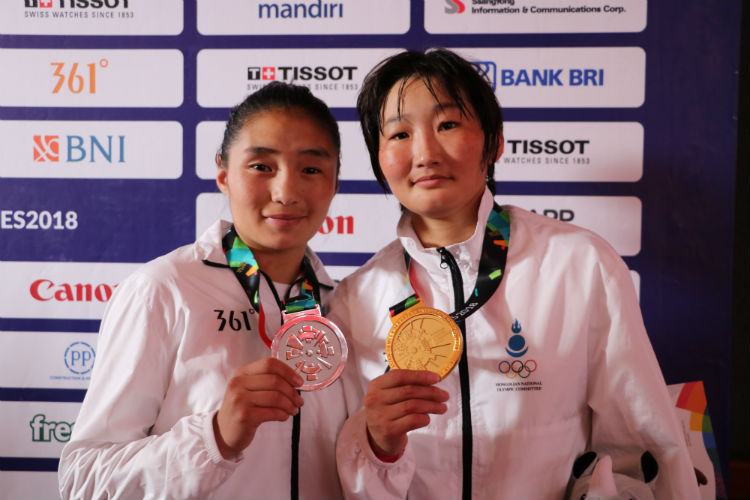 ‘Asian Games are just an incredible tournament. Of course, I was willing to win a gold medal here, and now I'm incredibly happy that I’ve succeeded. Besides, I am sure that this is a big step forward for SAMBO on the way to its Olympic recognition. It's nice that me and entire Mongolia, as participants in the finals, have become a part of this international process.

In the finals, I was challenged by my friend from our national team and my "sister" in life. We know each other perfectly, as we often train and, on the whole, spend a lot of time together. Of course, we both were well aware of each other’s strengths and weaknesses, so it was easier to fight, on the one hand, and more difficult, on the other. Anyway, one of us had to win. I'm glad that I’ve become the champion.’

Baglan Ibrahim (Kazakhstan), a gold medal winner in the up to 52 kg weight category among men. 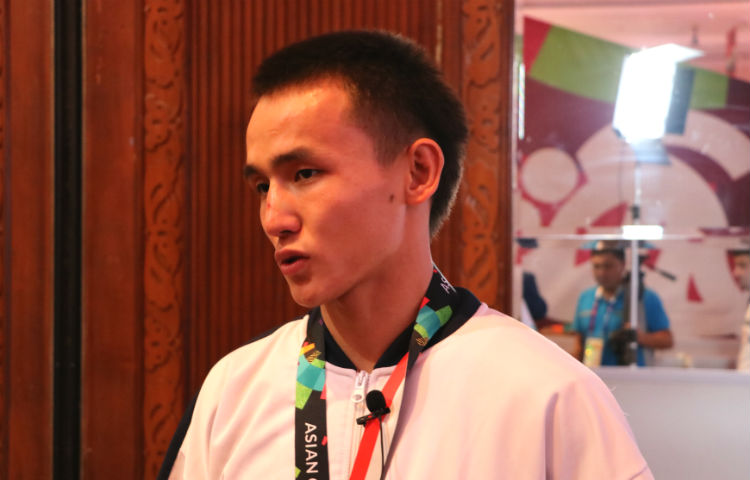 ‘Today, I have not lost a single fight, having overcome very strong opponents. I am happy to have earned the victory for my country, the Republic of Kazakhstan. Interestingly, I’d already met with my today’s opponent in the finals, at the Asian SAMBO Championships in May. Then I had won and, of course, I just could not lose now, for the whole Kazakhstan was supporting me.’