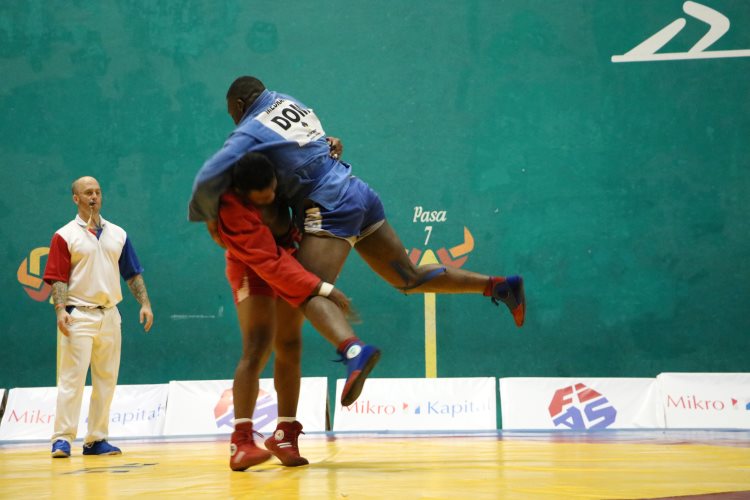 Pavel RYBIN (Argentina), a silver medal winner in the up to 52 kg weight category in combat SAMBO 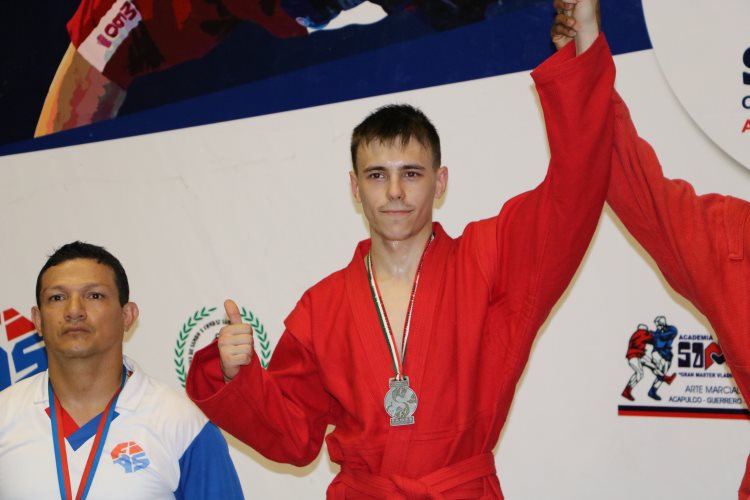 - In the finals, I counted mainly on my striking technique. Earlier in my career, I was engaged in boxing, so the fighting in standing position is closer to me. But unfortunately, my opponent outplayed me tactically, as he managed to shorten the distance and impose the wrestling routine upon me. Likely, the Dominican athlete had prepared for the finals by having studied my fights and drew the necessary conclusions.

Three years ago I made a choice in favor of SAMBO, being inspired by Khabib Nurmagomedov's techniques. I could say with confidence that over the last five years Habib’s popularity grew exponentially in Argentina, and so did the popular appeal of SAMBO.


Cristopher VILLALOBOS (Costa Rica), a gold medal winner in the up to 82 kg weight category among men 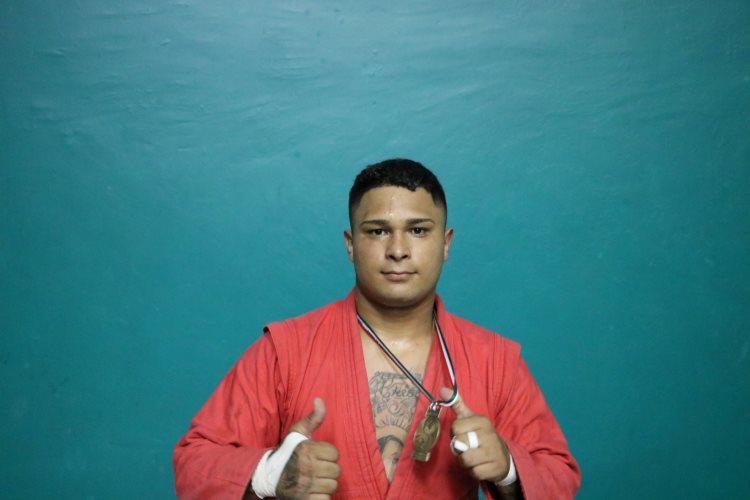 - My path to the gold was long enough: first I had to win the championships of Costa Rica, then to go all the way through it and win, for the finals are never easy.

Previously, I was actively engaged in judo, and this is my first participation in the Pan-American SAMBO Championships. Last December, I took part in an official SAMBO competition for the first time when I participated in the Central American Games in Nicaragua, and there I managed to win. And now, this is my second victory in a row at a major SAMBO tournament.

Oddly enough, there is no secret of victory except for intensive training. If I see that my opponent is training twice a day, then I do it three times a day.

Today, SAMBO is my whole life: I wake up and start my morning with training, and then I have two other practice sessions, in the afternoon and in the evening. I'm really in love with SAMBO.


Lenin GUERRA (Ecuador), a silver medal in the up to 62 kg weight category in combat SAMBO 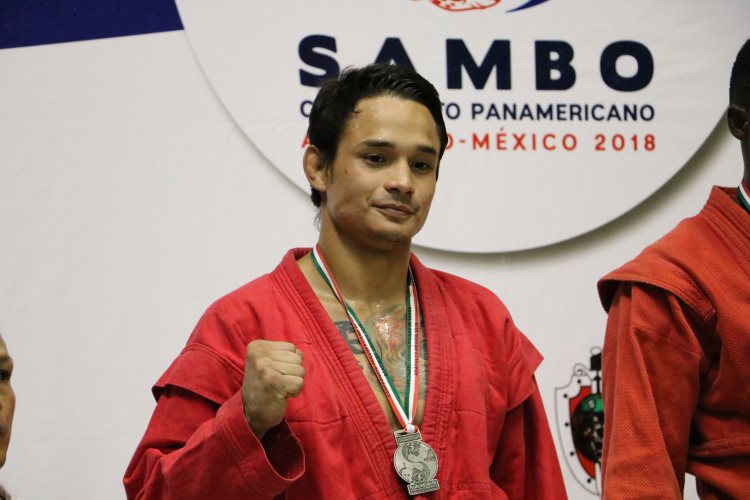 - I am gratified with my silver medal, even though, of course, I have been counting on more, for every good soldier dreams of becoming a general, you know.

It was mainly my leg injury that prevented me from winning in the finals. The moment I was about to make a throw, I felt a sharp pain in my heel. Yet, my injury isn’t entirely to blame for my defeat.

I believe my opponent from the Dominican Republic had come up with a plan for the fight, by having studied my strengths and weaknesses. The fact is that my tactic is to fight in a standing position, so he must have known about it and was able to take me by surprise.

Nonetheless, a silver medal at the Pan-American Championships is a great success for me personally, and for my country, too. Earlier, I’d won the bronze, so today's medal is definitely a step forward.

In addition to the SAMBO competitions, I also perform in mixed martial arts. And I can confidently state that SAMBO is the best technique ever, the mastery of which almost guarantees one’s success in all competitions. I feel proud to be engaged in SAMBO. At competitions in mixed martial arts, I always ask to introduce myself as a combat SAMBO fighter. In many ways, my choice of SAMBO was influenced by Fedor Emelianenko, who is my icon in sports.


Moisés FREDERICK (Nicaragua), gold medal in the up to 100 kg weight category among men 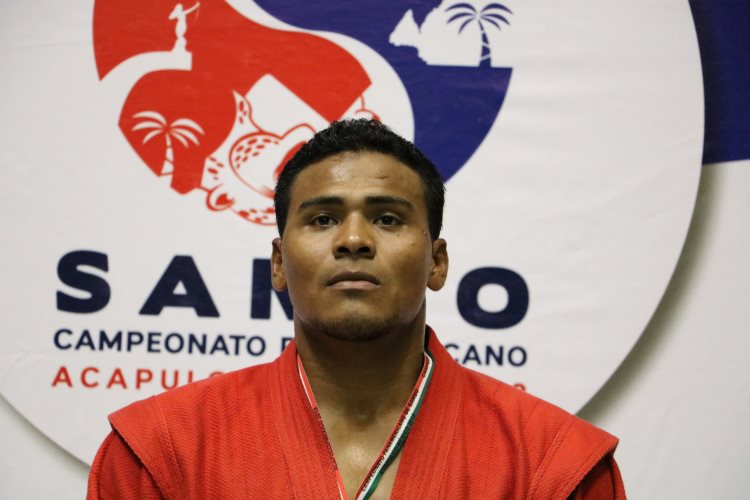 It was incredibly difficult to win in the finals. I was matched against a very strong athlete from the Dominican Republic, whom I was losing to all the way through the fight, but fortunately, in the final part, I managed to utilize the suitable technique “retention” and win. I believe that I’ve managed to make a comeback for several reasons: first, we came to Mexico a week ago and had enough time to get ready for this tournament and be in good shape, second, the support of my coach who trusted in me until the last seconds and encouraged me to struggle on in every possible way, plus, of course, a mistake of my opponent. You see, at the very end of the fight, the Dominican athlete seemed to slightly lose his concentration, and I took advantage of it.