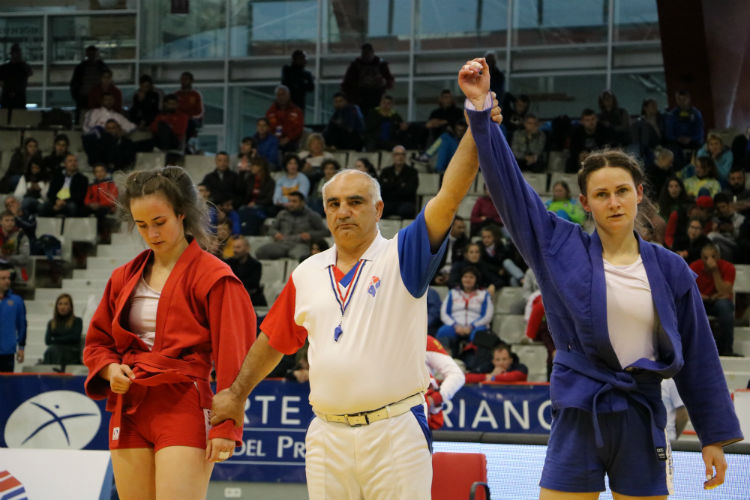 May 18, the second day of the European SAMBO Championships in the Spanish city of Gijon is over. Athletes competed for 9 sets of medals among men and women in sports SAMBO, as well as in combat SAMBO. The medal winners of the tournament share their emotions and impressions in their interviews to the FIAS website. The general sponsor of the tournament is Rosneft Oil Company.

Paulina ESANU (Moldova), a silver medal winner in the up to 52 kg weight category among women: 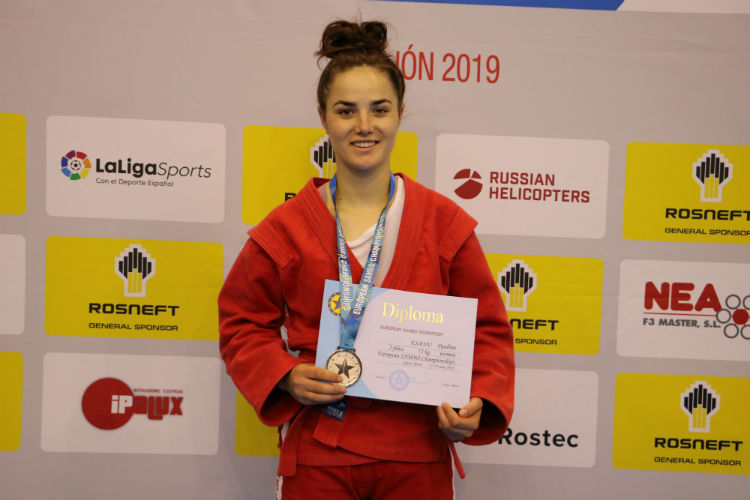 - Silver medal at this tournament is a very big success for me. This is my first European Championships among adults, until quite recently I used to perform at competitions among cadets. I wish to thank my coaches and my entire team who supported me throughout the tournament.

Of course, fighting at the championships among adults is much harder than that at youth tournaments. Anyone here is much more experienced than myself, but I managed to perform successfully owing to the fact that I thoroughly prepared myself for each combat.

In 5 weeks I will perform at the II European Games in Minsk. I don’t want to plan ahead the result I’m counting on, I’ll just train intensively. I prefer not to guess, but I will do my best to win a medal.

Borislav YANAKOV (Bulgaria), a bronze medal winner in the up to 57 kg weight category among men: 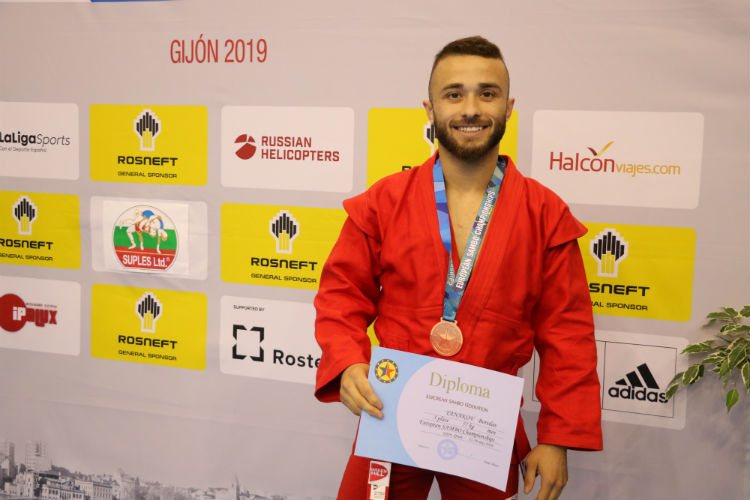 - Bronze medal is all well and good, but I was expecting more. Last year, I ranked second at the European Championships and third at the World Championships, so I can not be very pleased with my today's result. However, medal is medal. I could reach the finals, but I made a mistake on the mat against my Russian opponent and lost 4 points. I was pretty close to victory, though. The score of 5:4 speaks for itself. 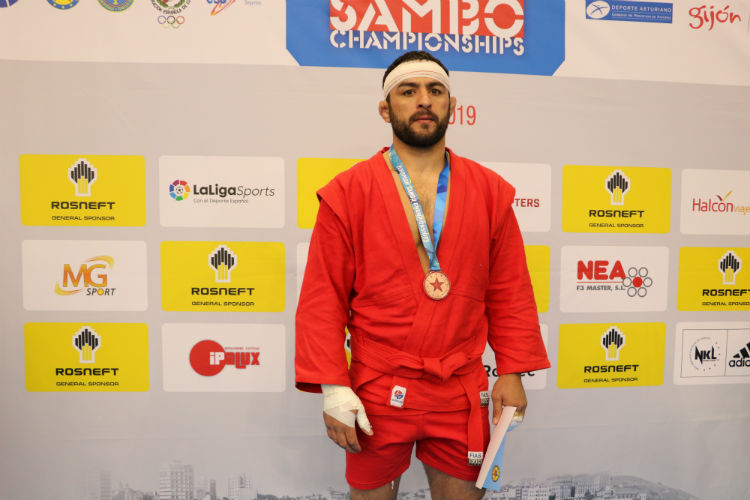 - I'm rather unhappy with my result, as I was hoping for more. I had an advantage in the course of the fight with a Ukrainian athlete, but at the end of the fight I allowed my opponent to land a shot that proved to be decisive. 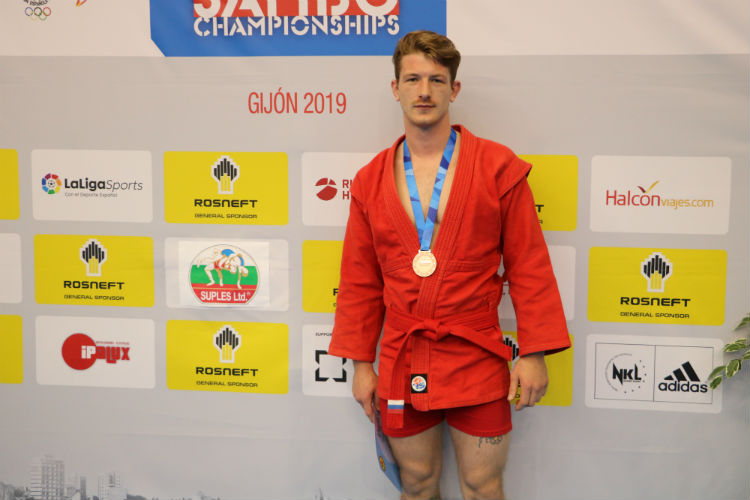 - In the very first fight at the Championships, I had a strong opponent from Russia who was regarded as a favorite. But it was me who won the combat. Then I confidently led the next fight against a Belarusian sambist, however, I broke the rules because of my excessive emotionality, and the referees awarded me a defeat. I hope I would never allow such a mistake again.

I came to combat SAMBO because I really liked martial arts. I perform in many sports, including MMA, and I definitely enjoy it. SAMBO is a great sport in which I feel great. I plan to perform at the World SAMBO Championships in November of this year and achieve good results there.

Alice PERIN (Italy), a bronze medal winner in the up to 64 kg weight category among women: 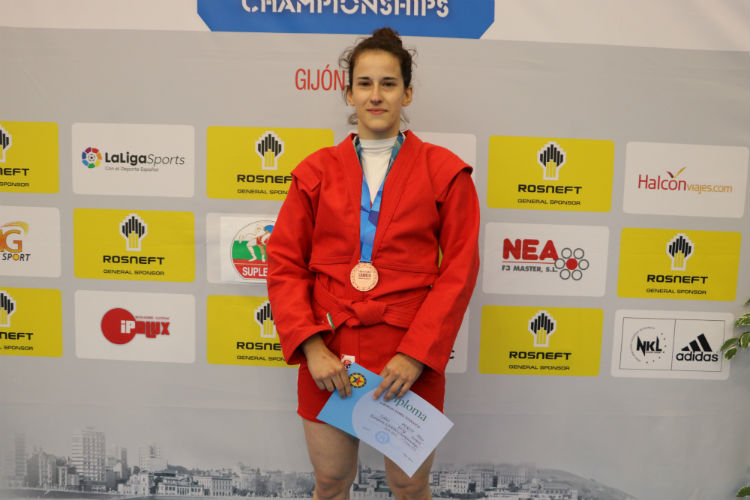 - Despite the fact that today I've won the bronze medal of the European Championships, now I feel myself better than two months ago when I scored the Kharlampiev Memorial World Cup's silver. Seeing as today I've won the final fight at the tournament. I also feel better physically and morally. Certainly, all athletes long to get a gold medal, but I struggled well, I did a lot, so, all in all, I'm happy with my bronze.

This tournament is the last before the II European Games, and for me it became a kind of test competition. On the mat, I was matched both against opponents that I know well and against new girls. When competing with them, I managed to get a feel of my way of fighting. Of course, the main favorite in my weight category is Tatsiana Matsko from Belarus, who has confidently won the gold medal at this tournament. I've already been matched against her three times, and today I've had my best fight with her, but still Tatiana has won.

Tatsiana MATSKO (Belarus), a gold medal winner in the up to 64 kg weight category among women: 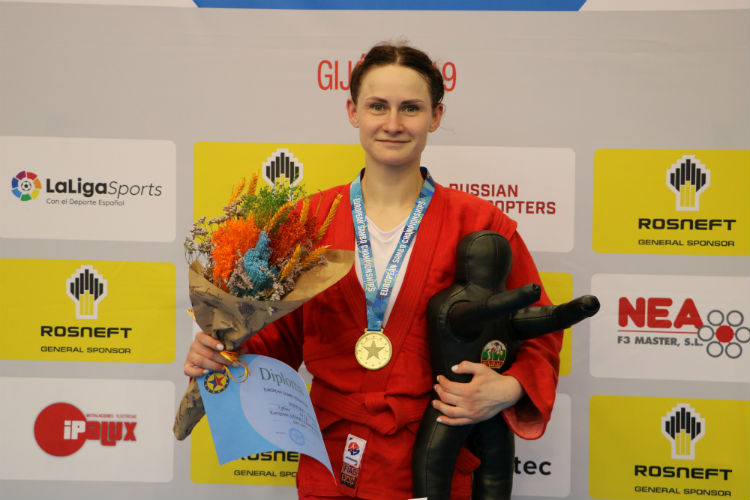 - Despite the high score in my final combat, I can say that the fight was hard, because no one wants to lose, and there is always a chance of winning. Perhaps, some individual qualities, and, probably, my experience, helped me win this time. With the European Games coming, I will psych myself up for the first place.

Dmitriy ELISEEV (Russia), a gold medal winner in the up to 100 kg weight category among men: 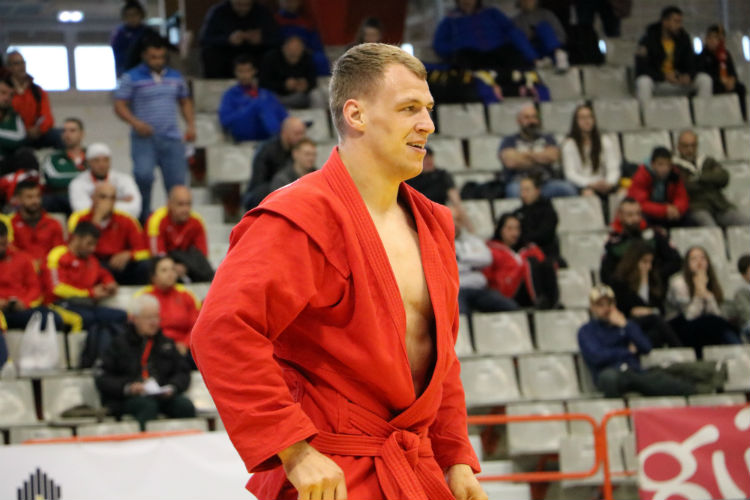 - Victor Resko is a good, strong opponent, so I think that an early victory in this case has been the result of a set of circumstances. I did not expect it to end so quickly. I am glad, because last time I performed at major international competitions in 2015, when I ranked second at the World Championships in Casablanca. After that I had a break in my performance at major international competitions. I believe the new motivation helped - my daughter was born, and all the victories are dedicated to my family.

Viktor RESKO (Latvia), a silver medal winner in the up to 100 kg weight category among men: 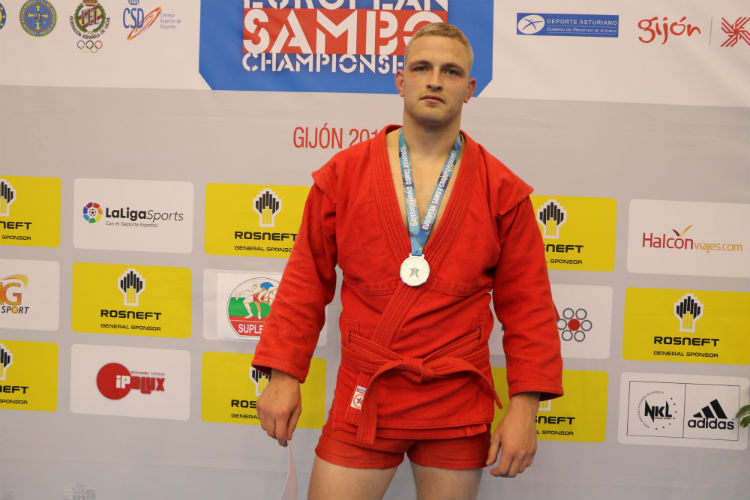 - I already met on the mat with Dmitriy four years ago, then the fight was sort of stubborner, I lost by the prior warning. Now it turned out differently. At some point I did not feel the right moment, at another I fell short of my target or just underestimated the situation. When coming on to the mat, I was banking on a long struggle, but the Russian had other plans, he caught me on submission hold. Defeat on the first minute is always rather frustrating. Well, never mind, we will meet again and fight on. Sport is sport.

Boban DANOV (Macedonia), a bronze medal winner in the up to 100 kg weight category in combat SAMBO: 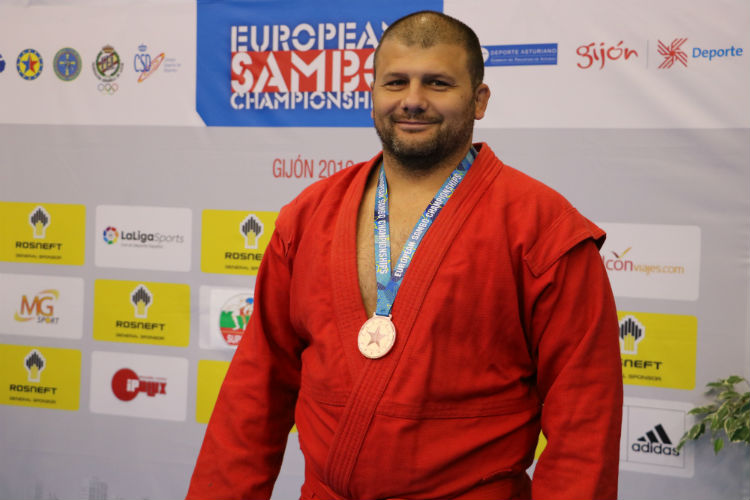 - Today I performed in combat SAMBO competitions for the first time. It was pretty hard, it is really difficult, but still I managed to become a bronze medalist. Now I am going to prepare for the World Championships in Korea. Of course, combat SAMBO is radically different from competitive one. I devote a lot of my time to master my striking technique - I train along with the national team of Macedonia in Muay Thai. Of course, this is not easy, but it bears fruit: if in sports SAMBO I failed to win a medal, then in combat SAMBO I already became a bronze medalist.

Kirill SIDELNIKOV (Russia), a gold medal winner in the up to 100 kg weight category in combat SAMBO: 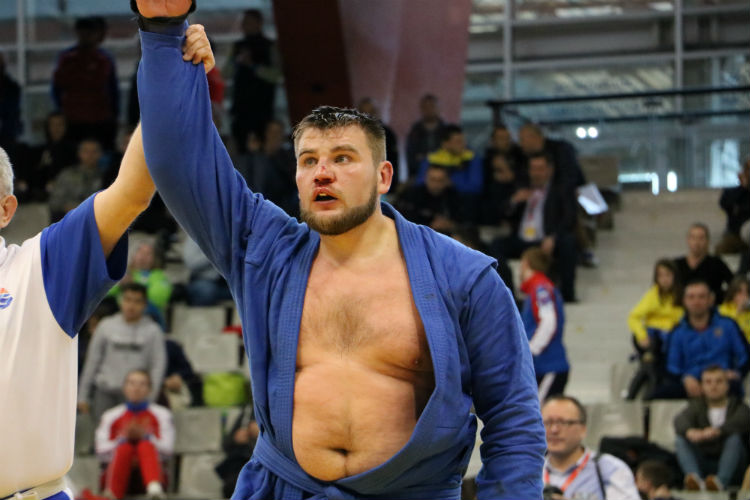 - The final fight was anything but easy, as I didn’t expect such resistance and such a feel of fighting from my opponent. One worthy opponent and a worthy final fight, I believe, everyone has enjoyed it. While in a grip, I missed a blow on the head, yet I took the seventh gold of the European Championships in my career. I'm very happy.