Common coach, jetlag and other features of the preparatory process of the World Youth Championship in Korea 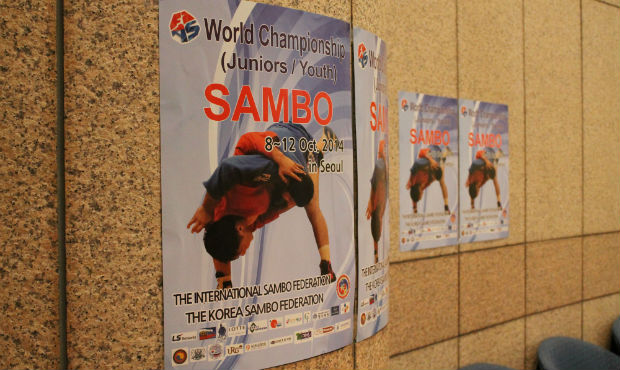 Today, October 8, is the official day when national teams of different countries arrive at the World Youth Championship in Korea. However, some athletes and coaches arrived in Seoul the day before and have already got familiarized with the city. We have managed to talk with the accustomed participants and the newcomers of the tournament and learn which teams were accompanied by the same coach, which sambo wrestlers were sensitive to jetlag and what goals were set forth by different teams. Read it carefully!

The Spanish sambo wrestler Yayza Jimenez told us she came to Asia for the first time. She used to participate only in European tournaments before. 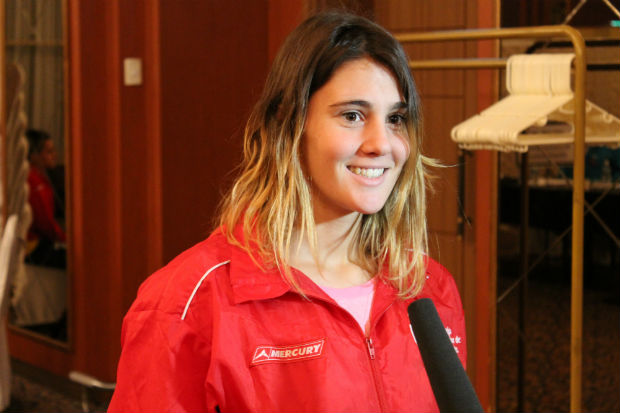 “The difference in time between Spain and Korea is 7 hours and, of course, you feel it. When bedtime comes here, it is only a middle of the day in Spain,” says Yayza. “We were lucky to have an opportunity of coming here a few days before, and by this time we have gotten gradually comfortable here. Jetlag affects the training process, but we are trying to adjust this process so that our bodies do not feel fatigue. I feel that I am in good shape, and I think I have a chance to win a medal here. Last year, at the “adult” World Championship, I was fifth, but now all the guys here are of my age, so I think I have a much better chance. And still, I wish to make new friends in Korea so much – it is important to me.”

The women’s national teams of Croatia and Serbia told us about being lucky in friendship. It appeared that they have so much in common, from their language, to their coach. The fact is that the Croatian mentor Goran Mrdalj took the team of Serbia, which came without their representative, under his patronage. 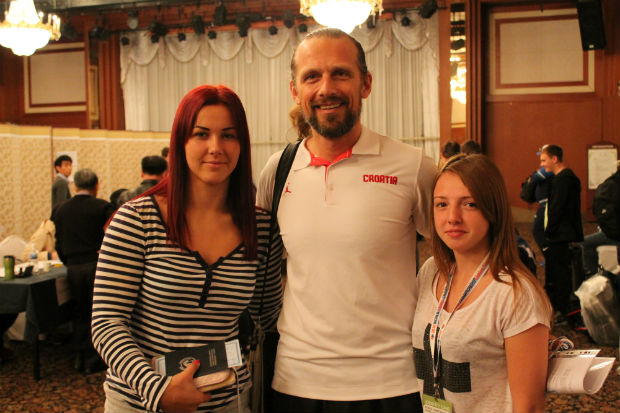 “We have a great communication with the national team of Serbia, one may call us one family, and we also have wonderful relationship with other teams, first of all, the Russian national team,” says Goran Mrdalj. “We are happy to be a part of this Championship and the whole big sambo family. Two girls of our team, Tena Shikich (52 kg) and Maya Blagovich (64 kg) are going to enter the competition. They have little reason to boast of any progress in sambo recently, as we only begin. But as for judo, on the previous weekend they were awarded the gold prize in team competition of the European Cup Belgrade. We came to Korea for the first time, so we have not had a chance to see anything in Seoul yet, but we plan to take a short walk. Now, however, all we can think about is the forthcoming combats.”

The sportswoman Maya Blagovich confirmed the words of her coach. She said she had brief experience in sambo wrestling, but she was planning to compete for medals. 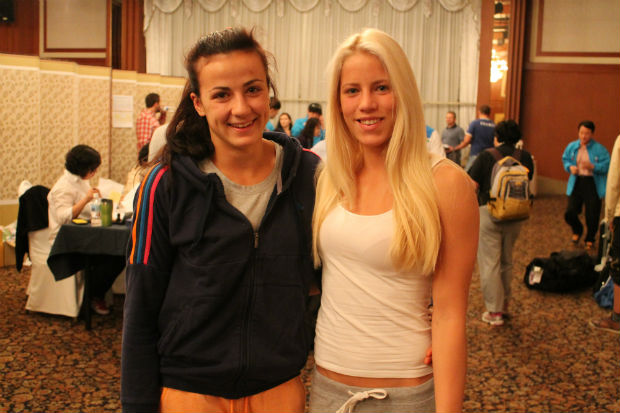 “It is no difficulty for me to adapt to sambo after judo for the competition,” says Maya. “It is more difficult that in autumn we have a lot of competitions – almost every week. Nevertheless, we are happy to be in Korea where we hope to find new friends, gain experience and, of course, compete for medals. In our country, sambo is rapidly developing, so I wanted to try my hand in this sport. Two years ago I had an experience of participation in sambo tournament – in the “adult” European Championship in Moscow. Then, in the first battle, I lost to the future champion of Europe. I hope this time I can do better.”

Serbian sambo wrestlers Ana Bosnich and Melitza Zhabich preferred to avoid talking about their feelings and promised to show themselves off on sambo mat.

Romanian national team also plans to show good performance. It was declared by Viorel Gaska, the President of Romanian Sambo Federation and the head coach of the national team. According to him, the team is strong enough to win at least two medals in the Youth Championship. 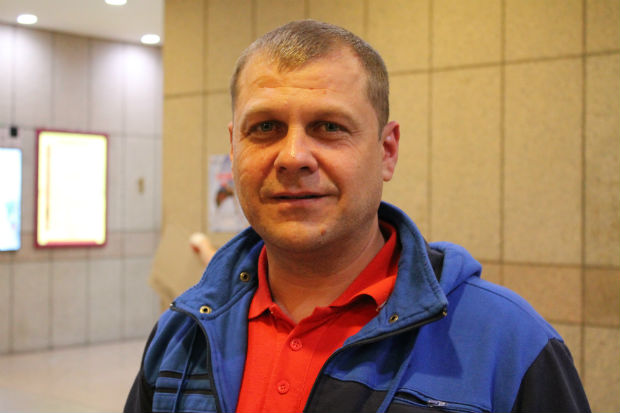 “Eight of our sambo wrestlers came to participate in the World Championship in Seoul: five girls and three boys,” Gaska said. “We hope to win medals. How many? I would like to say eight (smiling), but speaking about reasonable expectations, I think two medals should be ours. We are definitely going to reach two finals, I consider. Our primary hopes are associated with the weight category up to 56 and 68 kilograms for girls. This involves Kodrina Ionescu and European champion Madalina Pantea.”

When talking about the goals for the upcoming Championship, Ravshan Akhmedzhanov, the President of the Uzbekistan Sambo Association, told us not about the plans for medals, but about testing the young athletes with a view to successful performance at the senior level. 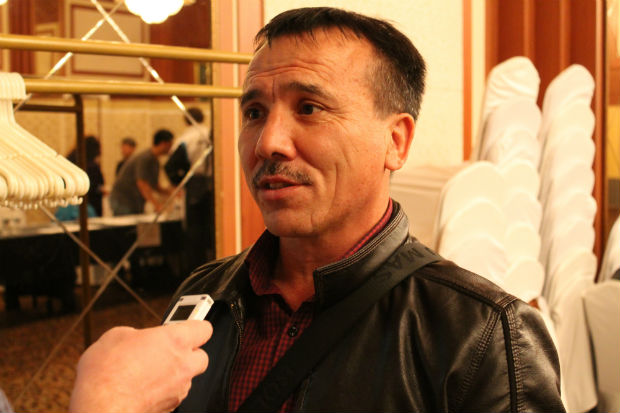 “The structure of the Uzbekistan national team includes 23 athletes who are going to compete in the all age groups,” said Akhmedzhanov. “They are nine girls and fourteen young men. We expect a spectacular wrestling and good results from our athletes. We also do not set goals of winning any certain amount of medals. Which is more important for us, perspective sambo wrestlers should have a good running in to keep them in sambo. And thus, during many years, they would be able to compete successfully at senior level. Seoul is familiar to me – the South-East Asia Championship was held there. I am sure the tournament will be well-organized, and the competition will have a very interesting and high level – even higher than a year ago. Last year, at the similar tournament, we won five medals, and this year, we have to go beyond that number.”

The sights of French sambo wrestlers are more modest, but the national team has not so many representatives. The management of the National Sambo Federation expects that athletes will be able to win at least two awards at the tournament, said David Eran, the coach of the youth national team of France. 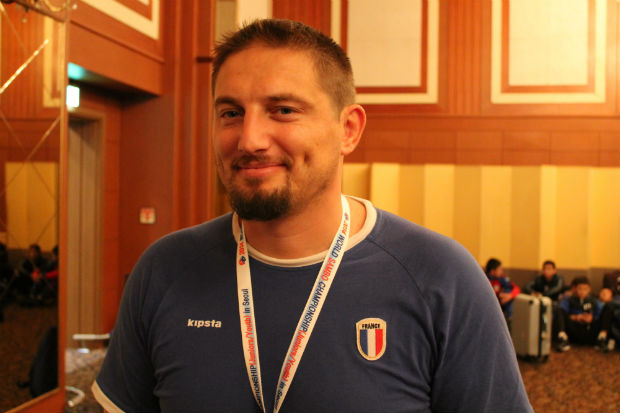 “We brought five athletes in Seoul to compete in the Youth and Junior tournaments,” said Eran. “Also we hope we will be able to win at least two medals of World Youth Championship. We are staking a lot on Youth tournament. It should be noted that successful performance in Seoul is very important to the French Ministry of Sport, as it is a good stepping stone for the future. And if we win a medal, children will get a chance to receive some subsidy from the Ministry of Sport. Originally, we planned to bring ten sambo wrestlers in Seoul, but due to the distance and expensive flight prices, we took the strongest ones – those who have a real chance to achieve a good result.”

Avtandil Tsintsadze, the Vice President of Sambo Federation of Georgia, the world champion in 2011, said he expected high-level competition in the World Youth Championship. First and foremost, he is expecting it from the Russian team. 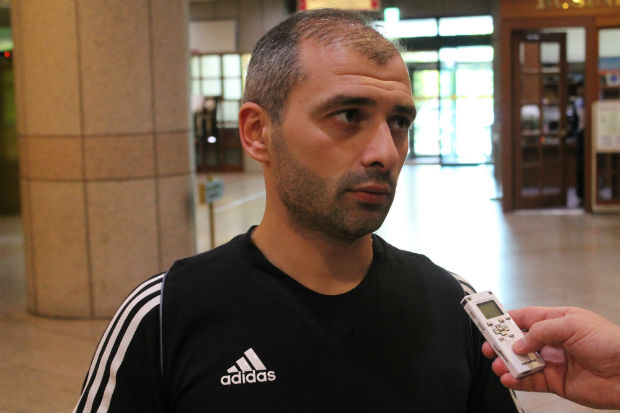 “There are a lot of other strong competitors – the teams of Belarus, Ukraine and other countries. There are no weak competitors at the World Championship – everyone is very good in wrestling today,” said Tsintsadze. “19 representatives of our country will perform in Seoul: 18 boys and one girl. One of our athletes was injured, and we did not have enough time that to replace him. We wish to get to the top three in the team event, because last year we were third. So, if we win two or three gold medals, this will be a very good tournament result for our team.”

While the national teams think about future performances, the organizers are engaged in the last preparations for the tournament. Michal Buchel, the CEO of FIAS headquarters in Lausanne, declared that the capital of South Korea was perfectly ready for the World Youth Championship. 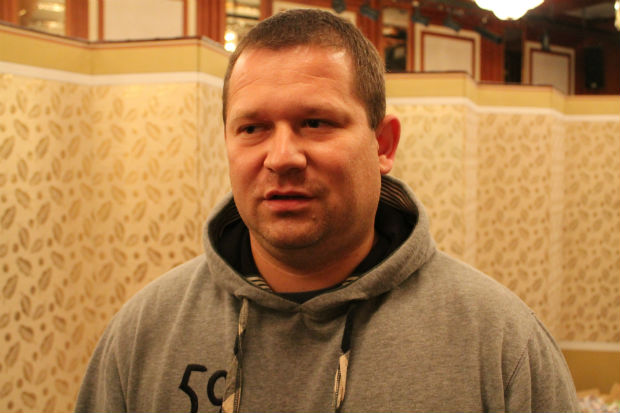 “The management of Sambo Federation of the Republic of Korea is very effective in popularization of sambo, and now it is promoting the development of our sport in the country and the region,” he said. “We hope that the number of countries in the Asian continent will be consistent with the high status of the competition. As for the country’s preparedness to carry out the tournament, all the necessary issues are under full control of the organizers. FIAS provides advice to the Korean regarding certain aspects, so today we can tell that everything considering the tournament will be prepared for the tournament opening exactly the way it should be. The sports arena where the competition will be held is a construction built for the Olympic Games in 1988. It is located next to the Olympic Stadium, in a beautiful green zone of Seoul. The sports complex meets all the essential requirements, which were submitted in the process of the international competition organization. Surely, all the tournament competitors will be pleased by its organization.”