Adaptive Combat SAMBO Fight was held in the Netherlands 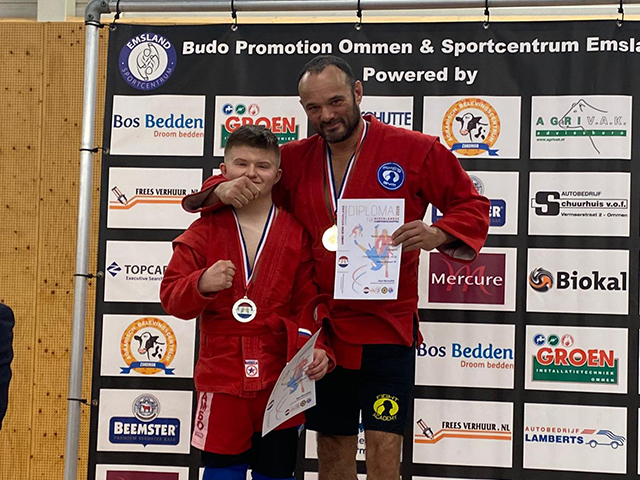 “SAMBO is becoming an increasingly popular sport in the Netherlands, and our sambists are making themselves known in the international arena. And inside the country, we managed to organize Combat SAMBO competitions among men, women, veterans, and now also adaptive SAMBO,” Jela Buisman, the trainer and sparring partner of the athlete said.

According to the Dutch SAMBO Federation, Milan Kortmus trains under the guidance of the participant of the II European Games in SAMBO Sasha Gorissen, and for the fight in the national championship he was prepared by the prize-winner of the International SAMBO Tournament in Tatarstan 2019 Mike Gym.

The bout was made possible thanks to the help of volunteers from the Dutch SAMBO Federation and, in particular, referees Jarik Hallink and Henk Jan Ningbergs.