They Demonstrated and Explained: Visually Impaired Sambists Asserted Themselves at World Championships in Cheongju 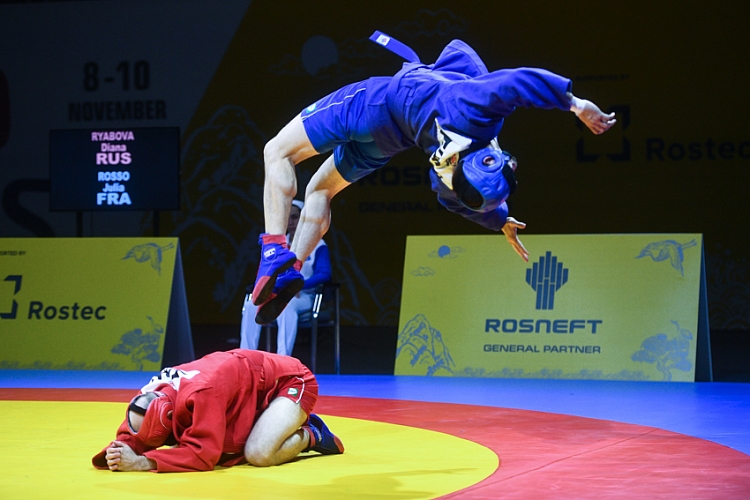 For the first time ever, the visually impaired sambists performed at the World SAMBO Championships held in the Republic of Korea. Millions of viewers around the world saw their demonstration performance, but there is also something that remained behind the scenes. What did blind sambists feel as they came out on the mat of the World SAMBO Championships with demonstration performances? How to instruct a blind athlete in SAMBO, and what is the FIAS President’s stand on the development of SAMBO for the Blind? The answers to these and other questions are in this special review prepared by the FIAS website.

One of the highlights of the recent World SAMBO Championships in Korean Cheongju was the demonstration performance of SAMBO for the blind and visually impaired athletes. On November 9, the second day of the tournament, Andrei Demidov and Dmitry Samokhvalov performed in the final part of the competitions, demonstrating an outstanding technical mastery in SAMBO which most athletes with no physical disabilities would envy.

Without doubt, everyone who watched the demonstration experienced delight and admiration. What were the thoughts and feelings of the performing athletes themselves at that moment? They shared this exclusively with the FIAS website.

'To say that I didn’t worry would be wrong. I was pretty anxious until the last minute before the performance, and then, when the first throw was made, everything went on automatically, there was no time to worry. Dmitry and myself simply had no right to make a mistake, because the whole world was looking at us. My dream of performing at the World Championships came true. Now I set the next objective - to perform at the World Championships in SAMBO for the Blind!' told Andrei Demidov, a member of the SAMBO for the Blind Demonstration Team. 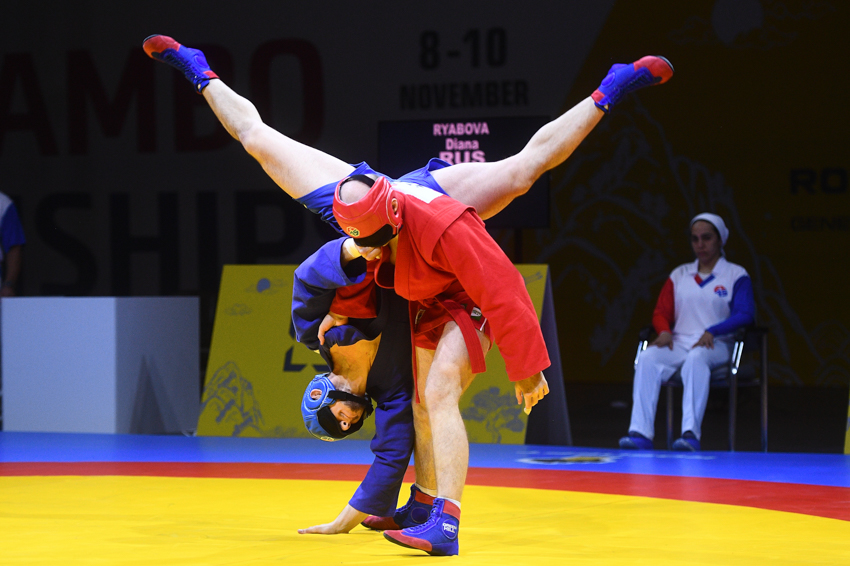 'Surely, we both felt on edge, and this is normal, as we are all human. Given that we presented the SAMBO for the Blind program at the venue of this level for the first time, there were certain fears of making mistakes, of course. Nonetheless, as a military man, I know how to muster up the energy and complete an important and demanding task without being deflected by emotions, therefore we managed to make no mistakes!' - commented Dmitry Samokhvalov, a member of the SAMBO for the Blind Demonstration Team.

A few hours prior to their demonstration performance, Andrei Demidov and Dmitry Samokhvalov took part in a workshop for the representatives of national SAMBO federations. Under the guidance of Viktor Ignatenko, the head coach of the Russian national team in SAMBO for the Blind, the athletes showed in practice how the training of blind and visually impaired sambists is carried out. 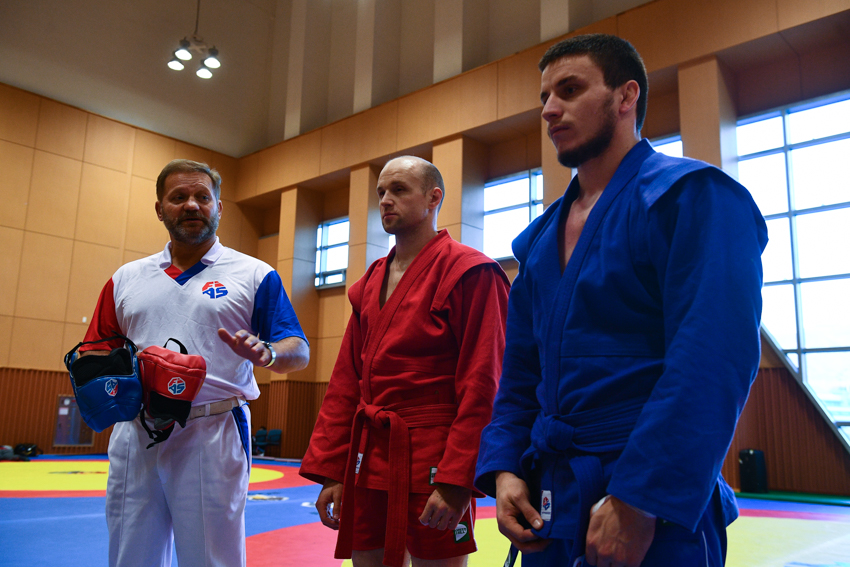 'It is very important that we have been asked a lot of clarifying questions about how to limber up correctly, how to instruct the blind athletes in SAMBO techniques, how the refereeing is carried out at the competitions in SAMBO for the Blind, how the clearance for the competitions will be given. We've tried to give clear and careful answers to all the questions and demonstrated how this all should look like; the blind sambists themselves actively participated in explaining the specific issues. I believe that the seminar has been fruitful,' told Viktor Ignatenko.

Roman Novikov, a member of the FIAS Commission on Athletes with Disabilities, called the report on the development and prospects of SAMBO for the Blind at the FIAS Congress on November 7 in Cheongju a historic event. It was the first time when this perspective was presented at the official level as a SAMBO discipline developed by the International SAMBO Federation. 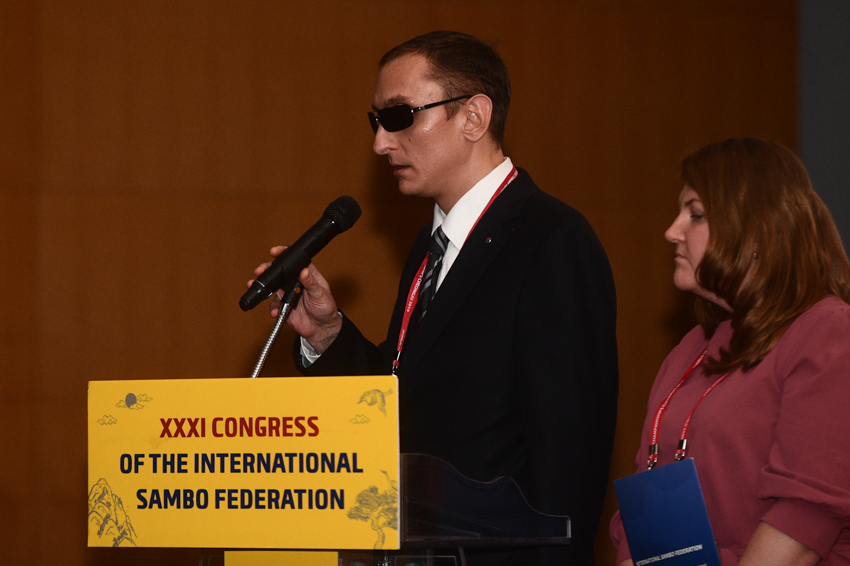 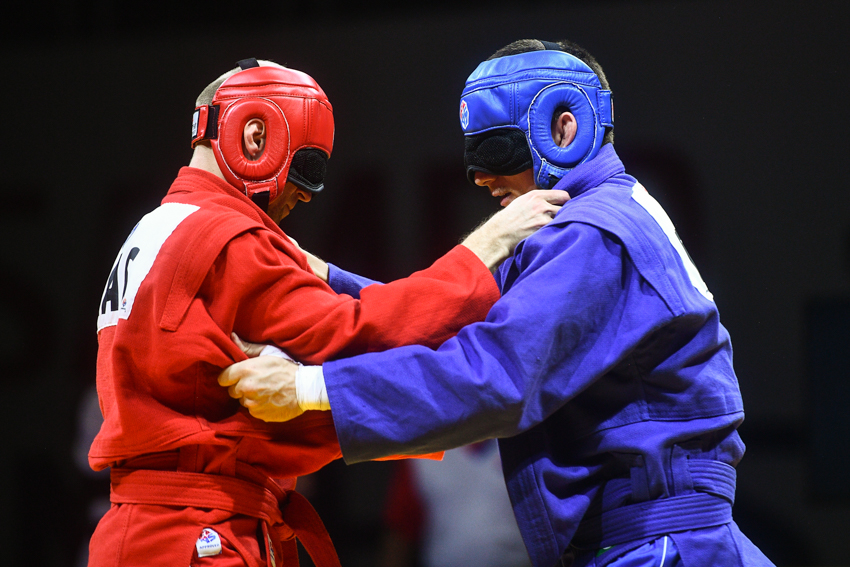 The FIAS President Vasily Shestakov seconded the report on SAMBO for the Blind and emphasized that FIAS gives high priority to this area of SAMBO. The head of the International SAMBO Federation urged the Congress participants to adopt and actively develop this discipline in their countries.