President of the Federation of Sambo of Panamerica: Cesar Chu 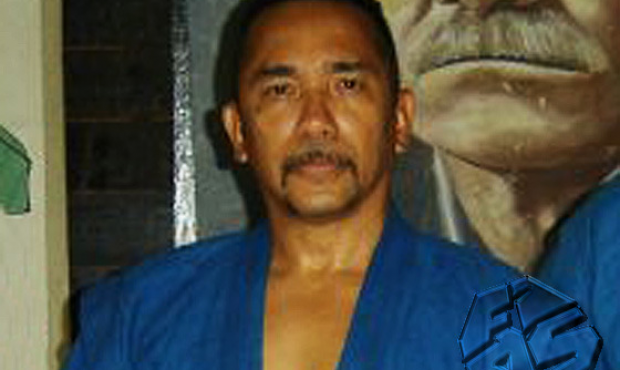 Please, meet the President of Panama Sambo Federation Mr. Cesar Chu. He has just been elected as the President of Pan-American Sambo at the Congress in Panama in the mid June this year. As we had a chance to communicate with Cesar, we found our that he has an extraordinary personality, and also is well known in the SAMBO world.

His involvement in sambo goes back long 13 years right to 2000, when FIAS President Mr. Tikhomirov gave to Cesar Chu the mandate to kick start the development of sambo in Pan-America. Since that day he is permanently attached to sambo. He had been elected as the first General Secretary of Pan-American Sambo Federation when it was established during the 2001 World Championships in Panama. And soon after in 2004, he was elected as the Continental President to take over from Emilio Alonso (Venezuela). The series of events during the next following eight years ( from April, 2005 till today) were nothing but an the outrageous abuse of the democracy and all legal norms. Judge it for yourself, as soon as David Rudman took over in the April, 2005 as a new FIAS President, he instantly replaced Cesar Chu from his position of the Panamerican President by the phone call!!! He put in the driving seat someone Jack Kogan, a person without any background or attachment to this sport. It is very telling, that this takeover happened in Pan-American Sambo without any elections or legal procedures.

Pan-American Sambo entered the period of slowdown and indifference for the long several years. Promotion and development of this sport in Pan-America was largely abandoned, as the people-in-charge were focused on pushing forward their own agenda and meeting their own business benefits and targets, having nothing in common with the true promotion of Sambo.

All these years Cesar Chu was heading the Panama Sambo Federation, acting efficiently and professionall as there were several advantages on his side. Firstly, he has a good and sound education: he graduated from the high school in England, Police Academy in Taoyen (Taiwan) and University in Seoul (Korea). He has a postgraduate PhD degree in the "international relationships".

Secondly,he has consistently built the discipline and the ability to take efficient decisions under the pressure from his military background. Worth to mention that he served as the Military Attaché of Republuc of Panama in Korea in the late 1980s and later he was in charge of intelligence operation of capturing the "rebel general" Noriega in Panama in 1989. Cesar has been into the sport all his life. He was doing judo from the young age, made the National squad and was preparing himself to perform in 1988 Seoul Olympic Games for Panama, however, the providence decided otherwise and put him for a tough choice. At the end, he had not chosen a sport; as his feelings were all about his country Major Cesar Chu decided to come back and to fight at home for justice and democracy.

He has not left the sport, in fact he has been serving the sport for many long years. At the moment, apart from holding the high positions in continental and International Sambo, he serves as The Sport Ambassador for Panama and the Special Adviser to the President of National Olympic Committee.

Isn't it the most remarkable destiny and the fate for Cesar Chu?

As it is well known, what goes round comes round. The destiny has brought Cesar back to the same point to start over. He is back to be the Head of Pan-American Sambo, and we are led trusted that he and his team will do the job to promote and develop SamBo in Pan-America and world-wide too.