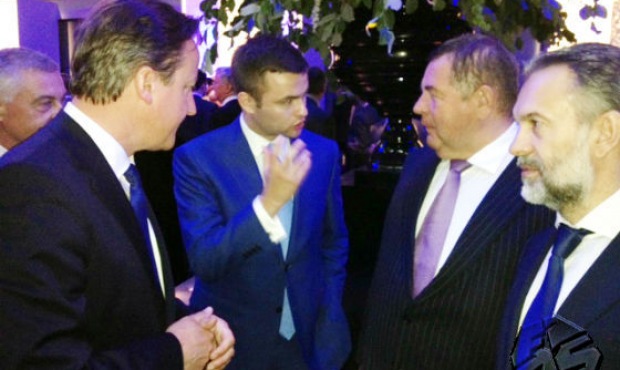 On June 24 in London (UK) the annual evening party of the ruling Conservative Party, the Tories, was held. The Conservative Party of Great Britain (unofficial historical name – the “Tories”) – is one of the two leading British political parties, which dates back to the end of the XVII and is the oldest of the existing moderate right-wing political organizations in the world that enjoy traditional authority.

The leader of the party – David Cameron, who on May 11, 2010 at the meeting with Queen Elizabeth II at Buckingham Palace, was appointed the Prime Minister of the United Kingdom. An interesting fact is that David Cameron is a descendant of the British King William IV by paternal line. Cameron’s father – is a hereditary financier, mother – is of a noble family, representatives of several generations of which, by the way, sat in Parliament on the part of the Conservative Tory Party.

FIAS President, Member of the Russian State Duma Vasily Shestakov, and the first Vice-President of FIAS Andrey Klyamko represented Russia at the gala night of the ruling Tory Party.

Vasily Shestakov and Andrey Klyamko got acquainted with David Cameron at the evening party. Shestakov also managed to talk to John Whittingdale, member of Parliament, Chairman of the Committee on Culture, Sports and Media. These people had plenty to talk about, after all Shestakov is a member of the State Duma Committee on Physical Culture, Sports and Youth Affairs. Vasily Shestakov said: “We discussed an important topic both for Russia and for the UK – law-making in the field of sports, exchanged views and experiences. I also invited John Whittingdale to take part in the International Parliamentary Games – a sporting event, which has been held in Russia since 2009. The purpose of these unique sports meetings – is to develop partnership and friendly relations between parliamentarians. Last year the Games were attended by members from 12 countries, and I wouldn’t be surprised if in the nearest future members of Parliament of Great Britain will be Russia’s partners in this interesting project”.

Vasily Shestakov and Andrey Klyamko also talked to the Tory Party Co-Chairman Lord Feldman from Elster and the Minister for Energy and Climate Change of Great Britain, Edward Davy, who had just returned from the Economic Forum carried out in St. Petersburg.

This was the day before for the heads of modern SAMBO Vasily Shestakov and Andrey Klyamko – the day, when politics and sports joined together for a better future.