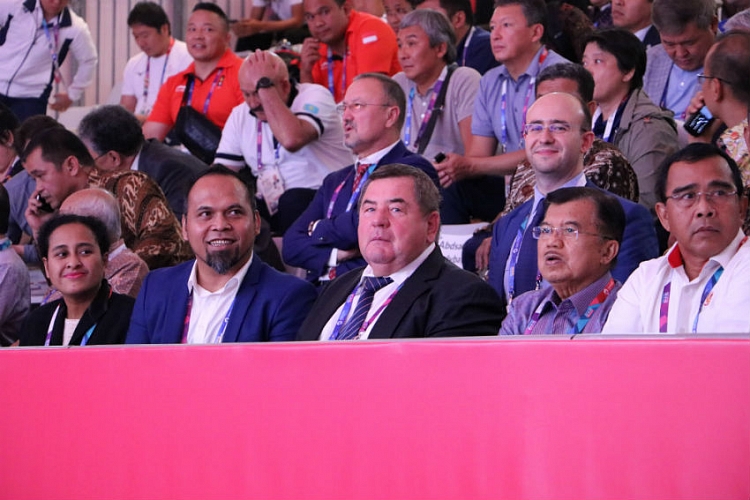 President of the International SAMBO Federation Vasily Shestakov, along with Vice-President of Indonesia Yusuf Kalla, became honorable guests of the SAMBO tournament at the Asian Games in Jakarta. They watched the fights from the tribune and discussed the perspectives of the development of this sport in the country with the president of the Indonesian Sambo Federation Krisna Bayu. 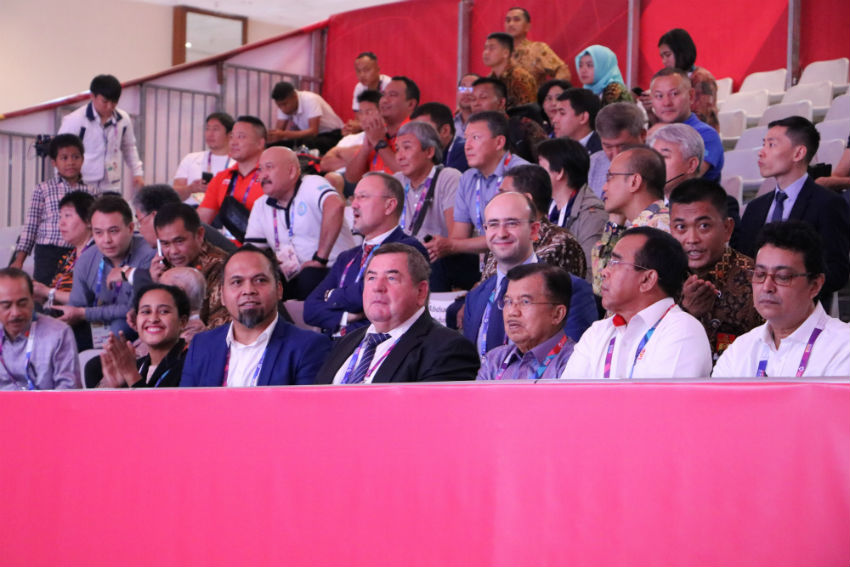 At the 18th Asian Games in Indonesia, SAMBO was included in the program of competitions for the first time in history. 75 sambists from 18 countries of Asia took part in the tournament, which took place from August 31 to September 1. They were fighting for 4 sets of medals (2 - among women, 2 - among men).