Online Sambo Cup Results (Europe) and Interviews of the Finalists 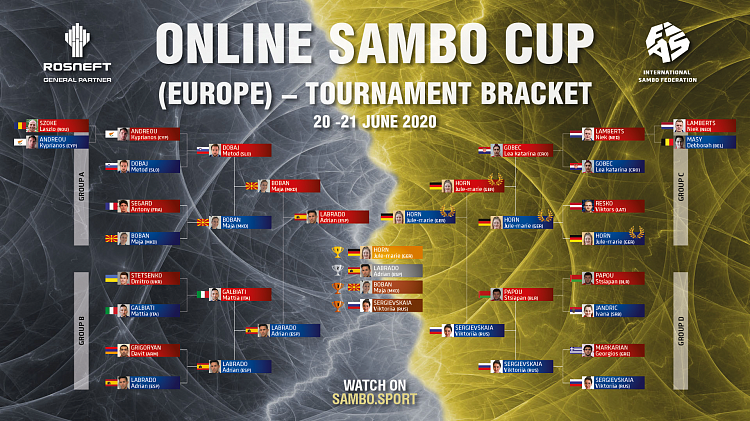 The first ever Online Sambo Cup, where European SAMBO representatives competed, was held on June 20-21. The competition was attended by 18 athletes who fought among themselves for a cash prize from the FIAS general partner, Rosneft oil company. Following the results of all the fights, sambist from Germany Julie-Marie Horn and athlete from Spain Adrian Labrado reached the final. In the decisive battle, the German athlete was faster and more accurate, and she became the winner of the tournament. After the match the finalists shared their emotions in an interview with the FIAS website. 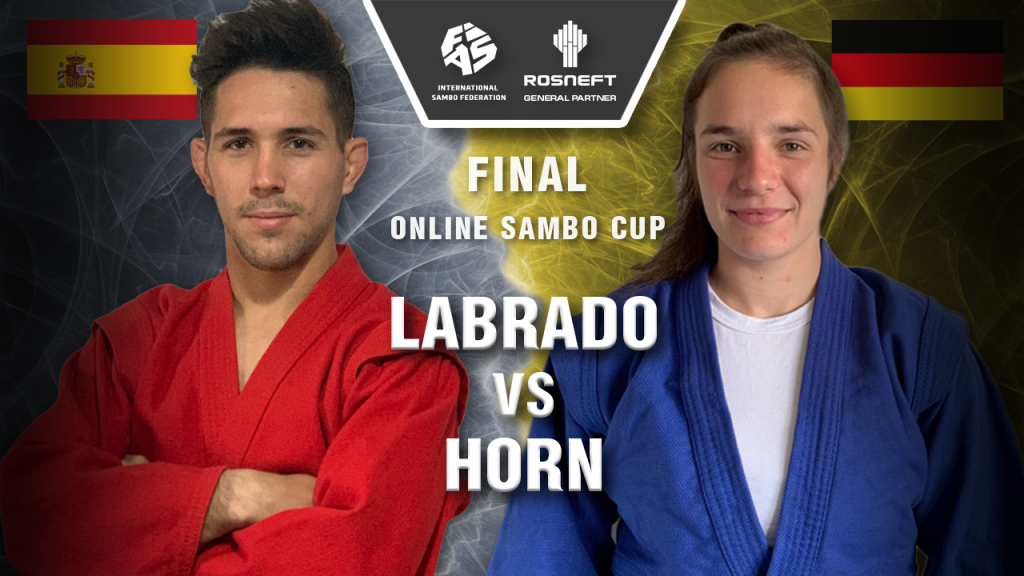 “To me, participation in this tournament has become a new, fascinating and unusual experience. On my way to the finals, I succeeded to outstrip athletes from Armenia, Cyprus, and Moldova. I think that in the final match against the Spanish athlete I was very lucky, as I opened a card that was concealing a significant piece of technique on the playing field. I decided to take a chance and guessed right!

Now I experience emotions that are very untypical for myself, as the win in the online SAMBO tournament, albeit somewhat different from the win on the mat, is still pretty dear, because my opponents were strong enough! And, needless to say, the prize is important, too!

In preparation for these competitions, I paid a great deal of attention to the nuances of SAMBO techniques, studied the location of the knees, elbows, feet as they are depicted on various figures. I believe it was the knowledge of these details that helped me win. The Super Cup that will bring together the finalists from all over the world is still ahead. I’m going to prepare for it even more zealously, as the class of the participants is expected to be high. Also, it is important to choose the right strategy”.

“Despite the defeat in the finals, I feel great! On my way to the finals, I succeeded to defeat strong athletes from Armenia, Italy and Northern Macedonia, however, I stumbled in the finals. I was risking on purpose but lost, I named the wrong technique.

I wish to thank FIAS for organizing this tournament and for the opportunity to partake in it. It was very colorful and funny, and as per usual, the competitions were held in a warm, amiable atmosphere.

As a true enthusiast of SAMBO, I am very delighted by the fact that FIAS has found a new format for promoting this sport globally in time of the coronavirus outbreak and lockdown. Thank you all very much and see you soon at the SAMBO Super Cup!”. 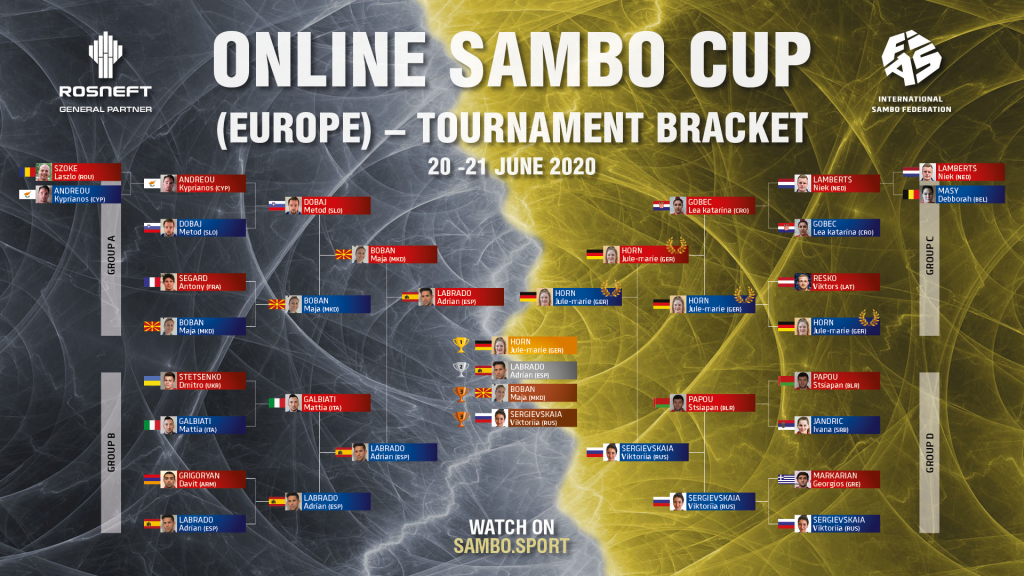 Online SAMBO Cup will be conducted in a series of stages: June 20-21 — on the European continent, June 27 — in Africa, July 4-5 — in Asia, July 11-12 — in the Americas. By the results of the continental tournaments, it is planned to stage super finals, in which the finalists of the continental stages will partake. These superfinals are scheduled for July 18.

Everyone interested will be able to watch the matches broadcast on the FIAS web resources, such as the official FIAS website www.sambo.sport, Facebook and the SAMBOFIAS Youtube channel. General partner of the event is Rosneft oil company.