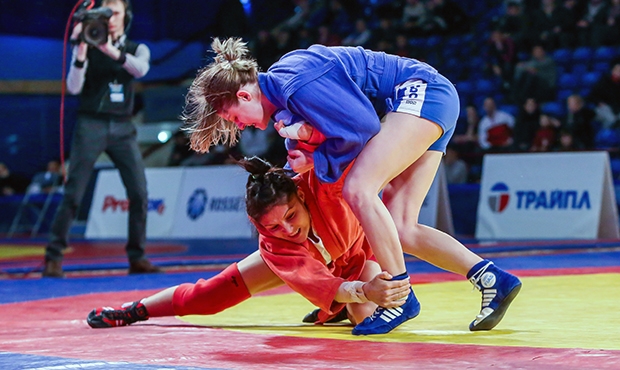 The Sambo World Cup "Open Sambo Championship of Belarus for Prizes of the President of Belarus" held in Minsk Sports Palace on February 12-13 has already become legendary. You'll find out names of all winners and champions of the second day of the tournament from our coverage from the Belarusian capital. In addition to the statistics, we also present you impressions and thoughts about the tournament of several champions of the final day. 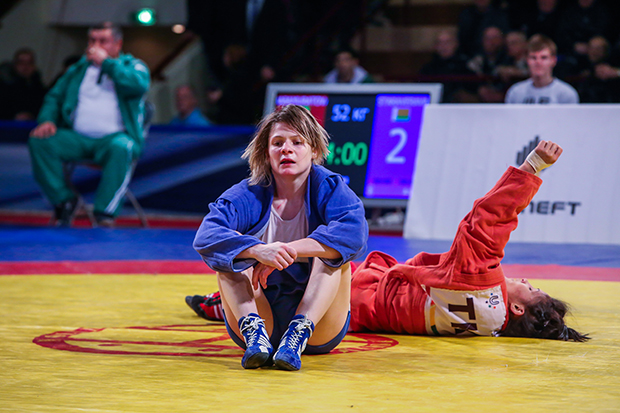 "Mentally tired, the first fight at the tournament was only 1.5 hours after the start of the competition,  so waiting, of course, was exhausting. But then the fights started and it became a bit better. This was my second sambo start, previously I had taken the third place at the tournament for the prizes of Aslambek Aslakhanov. I came to sambo from judo. Somehow I couldn't find myself there, and decided to try sambo. Did I lose my nerve before the fight with the current world champion? We had a fight 2 years ago at judo competitions and I won. So the history of our meetings is in my favor. This was what helped me to set myself up, and there was no pressure because of her title. I am very happy with this win, it was quite unexpected for me.  But, of course, I came to the Sports Palace today to win. I don't take long shots for now, I have been into sambo for a short time and can't say anything specific."

Mariya Oryashkova: "I've been through this pain" 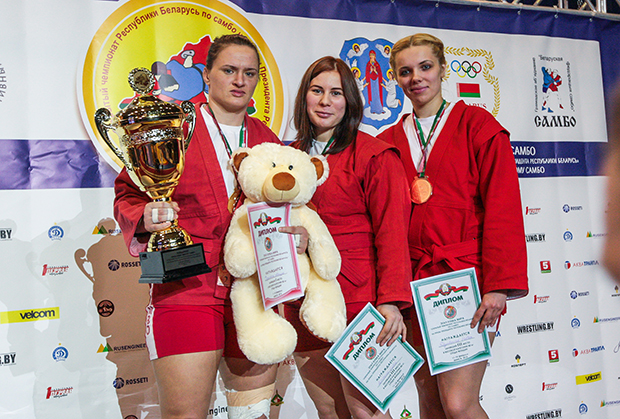 "This is my first time in this World Cup, although I've been into sambo for a long time. I like everything about Minsk – the hotel, organization, Belarusians themselves. Speaking about the fight, this is the beginning of the year, the first start. My goal for the future is to win the World and European championships. I wasn't in the best shape at the world championship in Narita, did not fully recover from the injury. So I wasn't 100% ready. But in this year, I want to really return to the big sambo. Speaking of the today's final (Belarusian Svetlana Timashenko was injured in the final fight and could not continue the match), of course, I don't want such wins. I would like to wish Svetlana to recover quickly by the European championship, I hope we'll meet again on the mat. The thing is, I was also injured here in Minsk at the world championship 2012, and it was a very serious one. I know how it feels, I've been through this pain and disappointment." 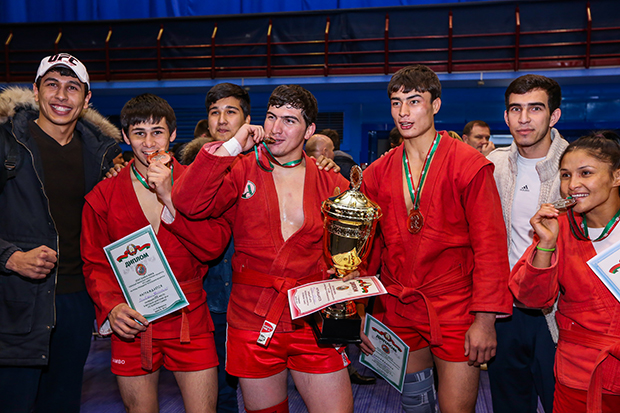 "My cousin won bronze medal today in this weight category (90 kg, combat sambo). The coach seconded me today is my uncle, and my father is my personal coach. This is my family sambo story. In the final fight I counted on throws and partere actions rather than on hits. Especially I wanted to use the painful hold, which is my signature one. In general, I like to fight in partere.  I'm glad I managed to win, I'm very happy and thankful to all those who helped me to prepare. I didn't fight in the World Cup stage in Kazakhstan, this tournament in Belarus was my first one in the season. I'd like to repeat my result at the World Cup in Moscow, our team plans to participate in the Kharlampiev's Memorial."

Results of the Second Day of Competitions of the World Championship in Minsk:

[Photogallery] World Cup Series “For the prizes of the President of the Republic of Belarus”. Day 2
Share
Blog
Recent photos
Latest news
Recent videos
Latest news
Follow latest news You are subscribed!
Thank you! Your confirmation email has been sent to your email.
This website uses cookies to ensure you get the best experience on our website More info Got it!