Rossiyskaya Gazeta: The ROC will promote Sambo into the Olympic Programme 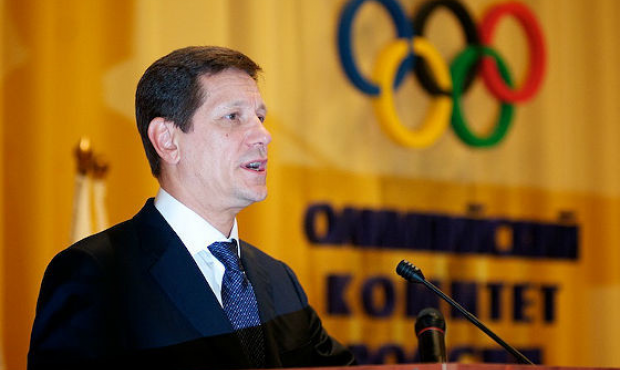 After wrestling was again included into the Olympic Programme, Russia’s representatives in the IOC decided to propose making Sambo an Olympic kind of sports. That was announced to mass media on Thursday by Alexander Zhukov, the Russian Olympic Committee President, a member of IOC.

- The ROC is ready to facilitate in including Sambo into the Olympic Programme. First of all, we’ll put things right in our Sambo Federation. Then we will start preparing a respective application, said Zhukov. Any kind of sports has specific requirements, that’s why all documents should be prepared correctly for such inclusion. The main thing is that we are eager to promote Sambo.

Today at one of the first press conferences after his appointment to the position of the IOC member, Alexander Zhukov told about his thoughts of the appointment:

- I am sure this is as a great step forward for our country. Only three representatives of Russia were among 150 IOC members in the past. Above all things it gives an opportunity to influence the decisions made by the Committee in a greater way. This fact is undoubtedly significant for us.

We also discussed Sochi’s readiness to host the forthcoming Olympic Games. According to the ROC President, coastal and mountain sports clusters are ready to host sportsmen. Besides, all sports objects have been already tested. At present time specialists are putting the finishing touches. They do planting and the territory improvement. The city transport infrastructure and hotels have not been prepared in full, as well as the territory of the resort city has not been all over improved. But, in Zhukov’s opinion, these things are not so important because a lot of work has already been done.

- Moreover I would like to emphasize the barrier-free environment in Sochi. No city or town in Russia has such infrastructure as Sochi does, said Alexander Zhukov. – Now all sports facilities being under construction, especially those intended for international competitions, will take Olympic Sochi’s experience into account. Besides, it’s good that all these objects will function in the resort city after finishing of the Olympic Games.

The ROC President expressed his opinion on the Russian International Olympic University, which was opened in Sochi not long ago.

- You can not even imagine the extent of demand for this higher educational institution in the world. Unfortunately, there are few professional sports managers nowadays. But this university will prepare such specialists. Besides, skilled professionals will teach there. Many students want to study in this university and that’s a great benefit.