SAMBO and shopping in Honduras: made for each other 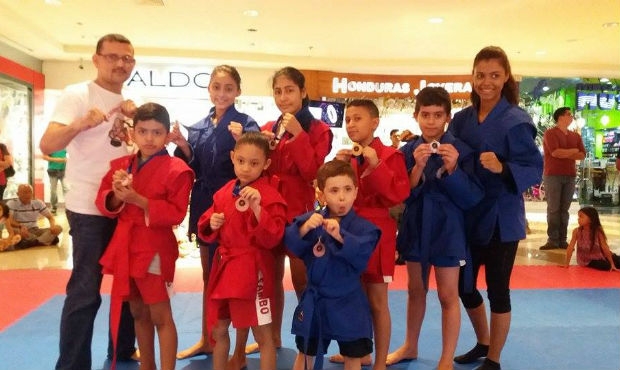 The City Mall shopping center in San Pedro Sula is taking the risk of turning into the main SAMBO arena in Honduras. This is where the country's Northwest SAMBO Association is holding its tournaments for the second year in a row. The national championship was held here a year ago, and on January 16 of this year, there was an exhibition tournament that allowed athletes to gain competitive experience, and visitors to the shopping center to learn about a new sport.

Carlos Valladares, the head of the Northwest SAMBO Association of Honduras (which is part of the Honduran SAMBO and Combat SAMBO Federation), said that 28 athletes competed in the tournament. Both the youngest SAMBO wrestlers (in the age categories from 4 to 8 and from 8 to 11) and adults (men and women, Combat SAMBO) competed on the SAMBO mats.

In less than two months, on March 13, the Northwest SAMBO Association of Honduras will hold another tournament. Based on its results, a regional team will be formed to compete in the May Championship against teams from the central and southern parts of the country. The winners will be candidates for the Honduran national team in the Panamerican SAMBO Championship and other international tournaments.