SAMBO in Honduras: our combat in the “depths” of Central America 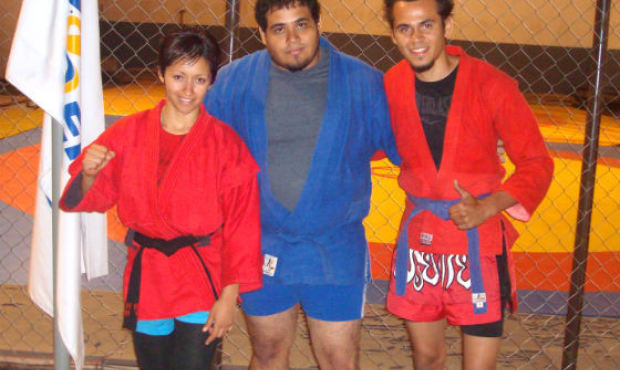 In our today's report we will tell you about the development of SAMBO in one of the States of Central America – the Republic of Honduras. The legend says that the name of this country comes from the statements of Christopher Columbus during his last fourth voyage to the New World. The Columbus’ ship got into a severe storm and when he managed to escape he said: “Gracias a Dios que hemos salido de estas Honduras” (that translated from Spanish means “Thank God we emerged from these depths”). This is the phrase that gave the name to the cape Gracias a Dios (Cabo Gracias a Dios) and the country of Honduras. It's a small lyrical digression. And now we will tell you about SAMBO in the “depths” of Central America.

Currently, as reported by Alvin Cruz, President of SAMBO Federation of Honduras, the Federation has submitted the documents to the central sports authority of the country – Autonomous Sports Confederation of Honduras. Thus, the decision on SAMBO recognition in Honduras should be taken in the nearest future.

Until the appropriate documents are under agreement, the II National Federated Games – main sports event of the country – were held with a large scale. SAMBO was included to the programme of this important sports festival of Honduras. SAMBO tournament and presentation of our combat at the closing ceremony attracted great attention of spectators, journalists and heads of sports boards of the country. As for SAMBO Federation of Honduras, these competitions have become a good opportunity to reiterate SAMBO once again, to show its attraction and staginess.

Among the participants of the SAMBO tournament of the II National Federated Games I would like to point out the Champions of the competition: Alejandro Douron excelled among cadets , Marisa Sinfontes won women competitions, Claudio Salinas celebrated victory among boys, while Jose Raul Rubio became the strongest SAMBO wrestler of Honduras among men. Besides, special prizes of the tournament were awarded to adults SAMBO wrestlers: Alvin Cruz (weight category of 57 kg) and Victor Rodriguez (68 kg).

Currently SAMBO Federation of Honduras negotiates on SAMBO admission to the programme of the University Games in Central America and the Caribbean-2013 as a demonstration sport. This year these student competitions will be held exactly in Honduras. And there is a high probability that at these demonstration performances SAMBO will participate as the sports which has been recognized in the country.

«Yes, we are currently at the stage of completion the procedure of SAMBO recognition in our country. Now SAMBO is on the rise worldwide and our pan American continent is not far behind. We, in turn, are very interested in SAMBO development in our country, it's nice to be a part of big SAMBO family and feel our belonging to this beautiful combat. Vasily Shestakov, President of International SAMBO Federation, pays great attention to the development of SAMBO on the continents, helps the NSF. We are pleased that our country is being assisted. This is very important to us at start-up. Our nearest plan is our team's participation in the World Championship to be held in Russia in November this year»”, Alvin Cruz, President of SAMBO Federation of Honduras, commented SAMBO situation in the country.