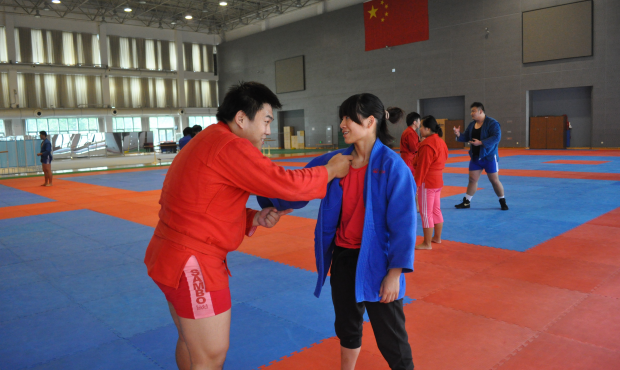 Practically everyone has heard about unprecedented level of development of contemporary Chinese sports. Different sports competitions were known in China already in ancient times and various types of sports became really popular as far back as in the XXth century. At this time the eastern countries such as China and Japan actively adopted different experience of European countries, and the sports experience was a part of it.

Nowadays baseball, badminton, soccer, cricket and body building are the most popular sports in China. The Chinese Government is actively financing sport and promotes successful development of this industry. With the state’s support numerous sports associations and federations are being founded.

Combat sport and martial arts have a long history. They have been being developed in China already for more than ten hundreds of years. Among the most popular combat sports, practiced by the Chinese and in which they show good results at the international arena are wu-shu, judo and taekwondo.

Notice that there is just no such sport as SAMBO in such a great state. FIAS, one of the main objectives of which is SAMBO popularisation and development in the whole world, being concerned with this issue immediately sent its forces to China. Among FIAS representatives there are experienced professionals –FIAS Sports Director, Dmitry Maksimov and Coach-Supervisor Sergey Yermolayev. The main purposes of the visit are recruiting Chinese team for preparation to Universiade 2013 in Kazan and conduction of preliminary negotiations on organisation of SAMBO Federation of China.

FIAS representatives shared their knowledge and skills at a SAMBO educational and training camp housed by the Olympic Preparation Center of the Beijing University during two weeks. The future SAMBO athletes who as of now are still Chinese freestyle wrestlers and judoists listened to them with interest and curiosity. Zhou Sheng Ying was entrusted to be the leader of the new team which is getting ready to conquer the heights of students sport.

The objective of the camp was not easy. On the one hand in front of the FIAS representatives there were standing experienced sportsmen who master the techniques of the SAMBO-related combat sports. On the other hand, SAMBO specifics consisting of small details or in other words “moolki” (that is what the sportsmen call them) was absolutely unknown to Chinese sportsmen.

That is why they began with the rules, continued with the tackles – which differ from similar elements in judo and freestyle wrestling, and in the end they worked on the main frequently used SAMBO elements, both in a stand and on a mat.

The official part of the visit included preliminary negotiations with Мr. Yang Bingsheng, Head of the Olympic Preparation Center of the Beijing University, and Мr. Jin Xiaoping, Assistant Principle for International Relations of the Beijing Sports University. The issues of SAMBO development in China, participation of the Chinese SAMBO sportsmen in Universiade 2013 and the issues on organisation of the Chinese National SAMBO Federation were discussed in detail during these negotiations.

“We would like to note the scale of material and technical basis of the University. The wrestling and rhythmic gymnastics halls, the gym are just huge! There’s a large quantity of students, sports groups for children, adult population – everybody is training. 25 basketball grounds are busy from morning till evening. There is approximately the same number of tennis grounds... The couch responsible for SAMBO was appointed for preparation to the Universiade (he is freestyle wrestler as they don’t have sambo sportsmen yet). The management placed an advertisement on the web-site of the university network on recruitment of SAMBO group. Immediately there were about 30 persons who wish to participate, and that considering the fact that the school year has not started yet and there is nothing going on in the University yet. With the beginning of the academic year the number of those enrolled in SAMBO may increase up to 50. It all lets us hope for the prompt results of the Chinese sportsmen in the nearest future”, Dmitry Maksimov, FIAS Sports Director, comments his visit to the contemporary sport capital.

Such an optimistic commentary by Dmitry gives us the right to think of really promising perspectives for SAMBO development in China and of a soon end of rule of the Russian sportsmen and SAMBO sportsmen of the former USSR countries.