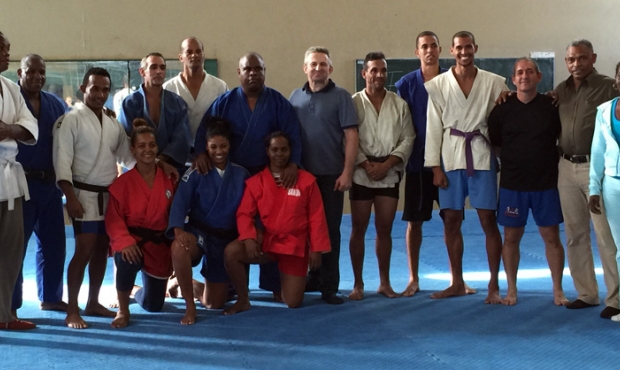 In November FIAS website reported about a meeting between FIAS sport management and representatives of Rosneft oil company, on the one hand, and the Ambassador Extraordinary and Plenipotentiary of the Republic of Cuba in the Russian Federation, Emilio Lozada García, on the other hand. Cuban Ambassador expressed great interest in the development of Sambo on the Island of Freedom and promised to assist in the organization of the meetings with the sport authorities of his country. And in the middle of December the FIAS Executive Director, Sergey Tabakov, visited Cuba, and he had not only seen the work in the sphere of high performance sports and the way the activity of anti-doping laboratory was organized, but had held important negotiations with the Vice-Chairman of the Institute of Sports (analogue of the Ministry of Sport) of Cuba and conducted examinations of the local sambo athletes.

Sergey Tabakov started from visiting anti-doping laboratory under authority of the World Anti-Doping Agency (WADA). “Honestly speaking, we do not let everyone in our laboratory. But you are our dear guest, so we will be pleased to show you how we have organized our work,” said the Deputy Director of the Cuban anti-doping laboratory, Teresa Correa Vidal, before the meeting. It shall be noted that there are not so many laboratories of that kind in Pan American World, and many countries want to have a right to conduct anti-doping tests under the authority of WADA. The FIAS Executive Director has emphasized that the Cuban specialists have already participated in the international Sambo competitions: in 2013 and 2014 they took samples for doping from sportsmen at the A. Astakhov Memorial World Cup stage in Venezuela. Sergey Tabakov has personally visited the laboratory, estimated the level of its equipment, and noted the performance quality of local staff.

Then the visits of national schools of gymnastics and volleyball were listed in the program. These visits allowed making a general impression about the organization of activity in the sphere of high performance sport of Cuba. 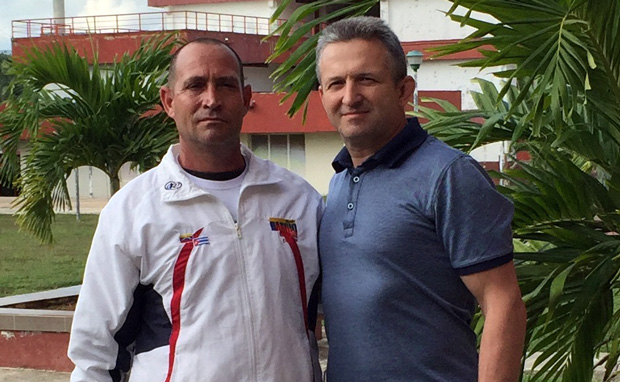 – I have an integral picture of physical education, attitude of coaches, and the system of sport education has become clear, Sergey Tabakov shares. The National School of Gymnastics, for example, is a certain boarding school where young athletes train, learn and educate. Even entering institute after graduation, they are still assigned to this school. The attitude of children with whom they hurry to school classes, the work of teachers and coaches – everything gives a sense of importance and solidity.

The next item of the program is the School of high performance sportsmen training Giraldo Cordova Cardin.

– This institution has left a feeling of something substantial. It can be called the Olympic Training Center with permanent residence. The school is a huge complex with adjoining track and field stadium and rowing canal. Sportsmen can not only train there, but also live, eat and get higher education, - told Sergey Tabakov. 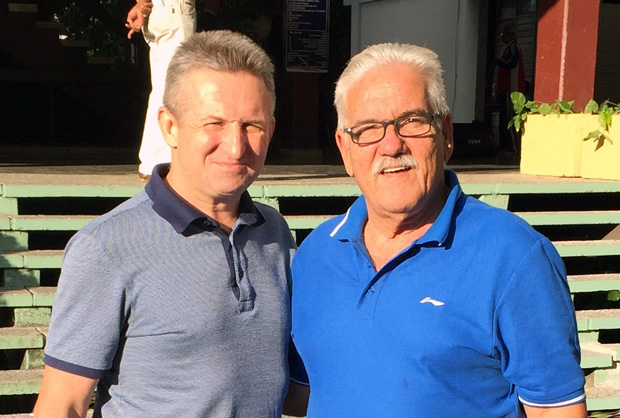 The Official meeting of the FIAS Executive Director Sergey Tabakov with the Deputy Chairman of the National Institute of Sport, physical education and outside activities of the Republic of Cuba (the Russian analogue of the Ministry of Sport), Jorge Polo Vázquez. It’s worth noting that the Cuban representative used to practice judo and knows well combat sports, consequently, from the first minutes the dialogue was guided into the meaningful direction.

– I have indicated the interest of the International Federation of Sambo in having very serious and reliable partners in Pan American World. It is important for us to build relationships with the countries which have good sport history, as well as state support of the sport. Therefore, we stake on Cuba, - tells Sergey Tabakov. - We remember the old-established relationship between the founder country of sambo and Cuba. Many Cuban specialists studied in the USSR, and Soviet teachers worked on the Island of Freedom. 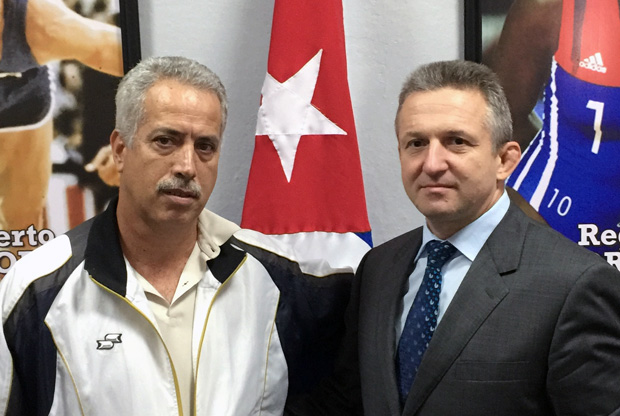 According to the results of the meeting we’ve managed to specify practical steps for the future. In Cuba there is the National Sambo Association at the UCCFD Manuel Fajardo University of Sports and Sambo clubs in the provinces. Cubans now face the task of legal registration of this Association; it will allow FIAS including this Association in the material program of support and to holding seminars for coaches and referees.

– In Cuba the development of sports is under serious control of the state, so the preparation of documents and legal recognition will take some time. I’ve recommended our colleagues to pay attention to the completion of the Association registration, so that they could participate in Pan America Championship in 2015, Sergey Tabakov noted.

After that the FIAS Executive Director Sergey Tabakov has visited the UCCFD Manuel Fajardo University of Sports, where the National Sambo Association is located.

– The University of Sport is the leader in Sambo development, and its employees are ready to cooperate with FIAS in various directions, including participation in the scientific and educational conferences, Sergey Tabakov underlined. I’ve received an invitation from the rector to take part in the scientific conference in November next year, one of the sections of which is devoted to Sambo.

Continuation of the student's topic was the meeting with the management of the Athletic Student Union of Cuba. The FIAS Executive Director commented the results of the conversation:

– We had a very specific conversation. I saw the understanding of the perspectives of the student’s Sambo, as well as the desire of the Cuban Party to cooperate in full with the International Federation of Sambo in the combat sport development among students.

The conclusion of the visit of the FIAS Executive Director to Cuba was the visit to the exam in sport and applied section of Sambo for coaches, which took place at the University of Sports basis. 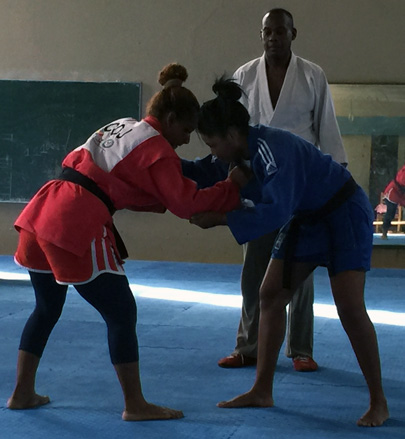 – I would like to note that the quality of technique, which was presented by the sportsmen during the exam (and it was Sambo technique), deserves high estimation. They used grapevines, hitch kicks, flying armbars and leg locks. In addition, they dealt well with the attacking partners when it was necessary to demonstrate the self-defense techniques, Sergey Tabakov says. Following the visit there was a feeling of reliability and real perspective of Sambo development in Cuba. Our favorite sport has been developed here since the last century, and the Cubans are excited about its development at a higher level.