Sergey Tabakov: «We Used To Give One Referee Seminar Per Year, And Now We’re Going To Hold Five Seminars Instead» 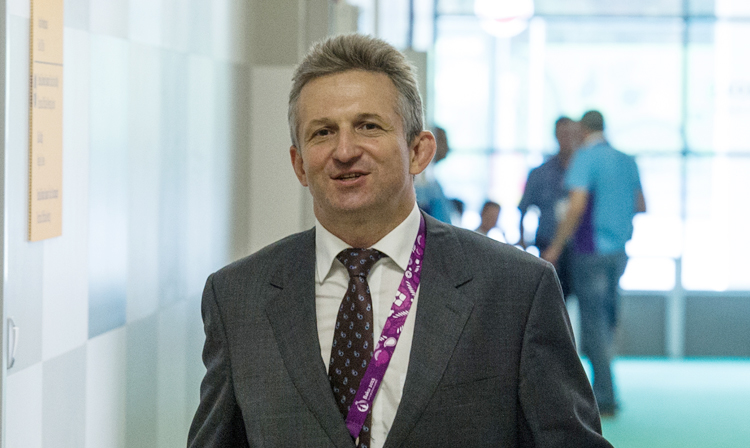 On March 20-22, the international seminar of SAMBO referees is being held in Moscow at the SAMBO-70 Sports and Educational Centre. The present event that takes place on the eve of the “A. Kharlampiev Memorial” has already become traditional, however, this year’s seminar has one important feature. Unlike the previous seminars that used to be attended by referees from all over the world, this one is intended for the Russian-speaking experts only. Sergey Tabakov, the FIAS Executive Director, explained to the FIAS website why this decision was made, as well as when and where the non-Russian-speaking SAMBO referees would be instructed.

– We’ve decided to split our referee seminars in languages, so as to increase the efficiency of the instructional process. The experience of the previous years has shown that it’s pretty difficult to attain an ideal real-time translation, as the invited interpreters are neither well-versed in the terminology nor quite familiar with peculiarities of our sport. Consequently, the efficiency of such seminars is by far different from what we expect to achieve.

In Moscow, it was decided to carry out a proper seminar in Russian. In such format, it is given today to the representatives of the republics of the former USSR, and to the Russian speakers who dwell in Germany, Israel, and other countries. Since all the participants speak the same language, the seminar goes on smoothly in a single format, no longer being punctuated with oodles of pauses as it used to be. Now, we’ve got a regular working ambiance.

– When and where the non-Russian-speaking SAMBO referees would be instructed?

– For those who could not take part in this event, the educational seminars would be held on the eve of the continental championships. In their significance they would be equal to that seminar which is being held these days in Moscow, and the participants of those seminars will get a right to pass an examination for the referee’s license. Thus, the referee seminars will take place in Mongolia prior to the Asian Championships, in Mexico prior to the Pan American Championships, in Greece prior to the European Championships, and in Morocco prior to the African Championships that will be held in Tunisia. We’ve been considering a proposal to hold a seminar in Tunisia, however, it is still a new venue for us whilst there’s a well-developed structure for staging such events in Morocco, and on the basis of the previous positive experience it was ultimately decided to give the instructional referee seminar there.

We used to give one referee seminar per year, the one that was held on the eve of the World Cup in Moscow. And now we’re going to hold five seminars instead. Hypothetically, this would allow for the increase in the number of the licensed referees. However, it is essential for us to ensure that the experts would not only get their certificates but, first and foremost, acquire the knowledge and experience that are necessary for their proper functioning at the major international starts and their national tournaments alike. It is important for the participants to really learn their stuff, for there’s a lot of things that depend on refereeing at the competitions of any level.

[Photogallery] International Sambo Referees Seminar in Moscow, Russia
Share
Blog
Recent photos
Latest news
Recent videos
Latest news
Follow latest news You are subscribed!
Thank you! Your confirmation email has been sent to your email.
This website uses cookies to ensure you get the best experience on our website More info Got it!