The Seychelles: a new point on the SAMBO map 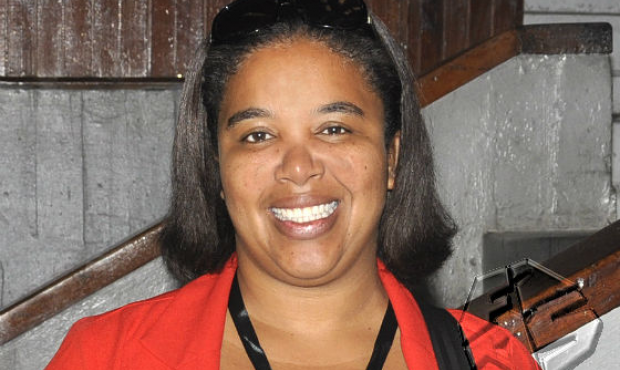 In May – June SAMBO world was full of the Continental Championships held under the auspices of the FIAS in Casablanca (Morocco), Crema (Italy), Seoul (South Korea) and Panama City (Panama). The Continental Championships have revealed not only the strongest SAMBO athletes, but also were qualification starts for the II SportAccord Combat Games which will be held in St. Petersburg (Russia) in October. The SAMBO athlete from the Seychelles – the Championship debutants from Africa – sensationally qualified for the Games from this continent. Our today’s story is about their “second mother” or, to put it seriously, about the President of SAMBO Federation of the Seychelles Monique Atanase.

Monique is a charming woman, vibrant, charismatic, and just gushing charm. A crazy smile and attractive figure in an elegant suit make her the centre of attraction for all men who are close by. Who would have thought that this woman is a Head of two Federations: SAMBO and judo ones, and in the bargain, a member of the Olympic Committee of the Seychelles. She has a volleyball player sporting background and successful career in the field of sports management under her belt.

Let’s learn from Monique how she got in SAMBO. “The thing is that I’m friends with Estony Hattingh, she is the President of Botswana Judo Federation and a member of the African Judo Union Executive Committee. Among heads of the African judo, we are just two women. We talk a lot, exchange opinions and ideas. So one day she told me about SAMBO as a very interesting and attractive sport. I was interested in it. And now you know the result. That’s right, friendship led me to SAMBO,” Monique says.

“It was an impetus, and then SAMBO Association of the British Commonwealth which is headed by Lord Simon Reading helped us greatly in the development of the Federation. It is thanks to this organisation that in May we were able to visit the Continental SAMBO Championship in Morocco. We are currently preparing documents for our Federation joining the ranks of SAMBO Association of the British Commonwealth. And as early as in 2014 we plan to take part in the first Commonwealth SAMBO Games,” Monique Atanase continues her story about SAMBO.

Our next question was logical: “What can you say about SAMBO as compared to judo?” “SAMBO attracts me by the freedom that it gives the athletes. Now rules are very strict in judo, and SAMBO gives everyone an opportunity to open up, that’s great,” Monique answers.

“In the Seychelles the sport number 1 is, of course, football, like almost everywhere in Africa. Judo is very popular among combat sports, but in connection with the mentioned above, I am sure that SAMBO has a great future in the Seychelles”.

That is what we ask and Monique says: “In the very near future we plan to open several SAMBO clubs. Our athletes’ success at the African SAMBO Championships (2 bronze medals – Francis Labrosse and Naddy Jeanne) is very “advantageous”, and the fact that one of them was selected for the Martial Games in St. Petersburg is a great result for us. In the long term we plan to build a SAMBO Centre. We would like to take part in the organisational side of SAMBO process; we have already submitted our application to hold 2014 African SAMBO Championship in the Seychelles. I think it will give an additional impetus to the development of SAMBO in our country.”

An additional impetus, for sure, will be given by the participation of SAMBO athletes of the country in the World Summer Universiade which will be held in Kazan in a month. For our part, we wish them victories both at the upcoming Universiade and the II Combat Games in St. Petersburg. And let not only sports, but also all the organisational SAMBO ideas of Monique Athanase come true.

We are confident that with such a strong and positive woman at the head of these ideas about the development of SAMBO in the Seychelles they can not but come true.