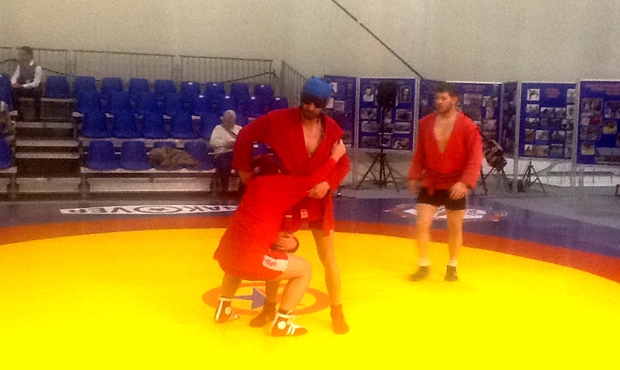 At the opening of the “Sport” international exhibition in Moscow there was presentation of special helmets for visually impaired sportsmen; these helmets fully rule out the possibility of using residual vision.  In Tyumen Region on this very day, there was the opening of the first sambo section for the blind and visually impaired. The details of both events are in the report on FIAS website.

Helmets for the blind and visually impaired sambo wrestlers

On April 18 the opening of the XIV “Sport” international exhibition in Sokolniki Exhibition and Convention Center in Moscow took place. Visually impaired sambo wrestlers held exhibition performances during in the event. They demonstrated blindfold warm-ups as well as combat techniques among the blind and visually impaired. Thus, sambo wrestlers wore special helmets, which fully rule out the possibility of using residual vision.

Vice-President of All-Russian Sports Federation for the blind Yury Zhukov having offered to design special helmets for the blind sportsmen, explained:

“The representatives of sambo among the blind and visually impaired asked our company to elaborate helmets, which fully block vision during combats. Our employees designed two experimental helmets, which are under practical approval now. We gather all comments received from sambo wrestlers in order to bring these helmets to perfection in the future.”

Sambo wrestler from the Republic of Crimea Anatoly Kropalev shared his impressions about fighting in these helmets.

“I am a visually impaired person, so it was a bit awkward for me to fight in this helmet, since I always use residual vision during combats. It helps a lot, but when it comes to blind sambo wrestlers, it is quite unfair, - he said. – For example, the blind wants to perform a forward trip, but I can see it and try to avoid it, as a result the trip attempt is wasted. When fighting in a helmet it is necessary to rely upon tactile and acoustic sensation exclusively. I think that these helmets represent great initiative, I stand for fair sport. If it is sambo among the blind, it is necessary to make the chances for sambo wrestlers with vision disabilities equal. If it’s impossible to open the eyes of the blind, then these helmets will help the visually impaired to become blind for a while!”

Anatoly’s sparring-partner from Moscow Dmitry Mitrofanov also told us about his feelings.

“I’m visually impaired myself, but for me it is much more comfortable to fight in this helmet rather than without it. It is easier to concentrate without vision, nothing distracts you visually, and you can only hear your coach’s voice. I hope these helmets become part of the rules. Combats at tournaments should be in these helmets – it will be fair in relation to blind sportsmen. I support fair sport!” – Dmitry Mitrofanov noted.

The opening of sambo section for the blind and visually impaired

On April 18, In Tyumen Region there was the opening of the first sambo section class for the blind and visually impaired, which will work on the basis of “Sambo-72” sports club. 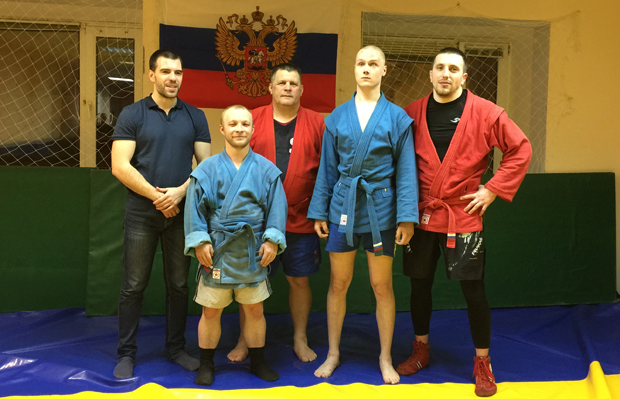 “We will try to open as many sambo sections for the visually handicapped as possible, - chairman of regional federation of sports among the blind Stepan Zheurov noted. – We have preliminary agreements about mutual development of sambo among the blind and visually impaired with Sambo Federation of Tyumen Region. On the part of legislative and executive powers of the region, there are also certain support and understanding. We actively cooperate with a special school and a special boarding school for the blind and visually impaired children, in which children have particular motivation and interest in sambo. At the moment we are preparing for Russian Sambo Championship among the blind, which will be held from May 19 to May 22 in the Palace of Sport of Moscow State University of Civil Engineering. Two blind sambo wrestlers from our region are going to perform at the tournament”.

“It took me some time to start training such sportsmen. I thought hard and then decide to try. They feel the training just as sighted sportsmen, but they are more hard working and focused. Everything is going right, they listen to me, sometimes during the training I forget that they are blind, - Andrey Chikishev said. – There is a certain need for such sections for the sportsmen with vision disabilities, because there are many people with vision disabilities and they want to train. The only difference in such sport is that before the combat sambo wrestlers are brought together in a hold. Of course, coach’s constant control is needed; he is always by the wrestler`s side”. 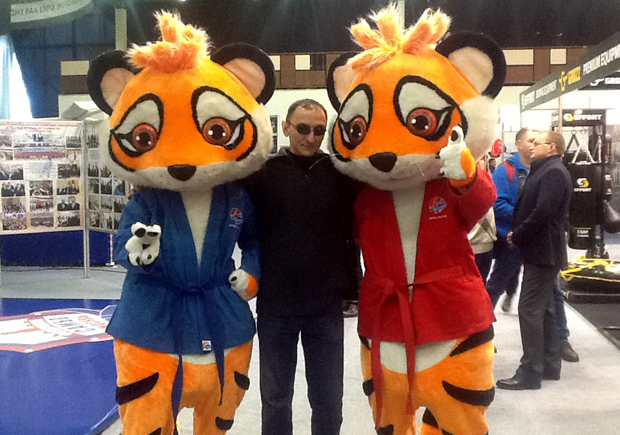