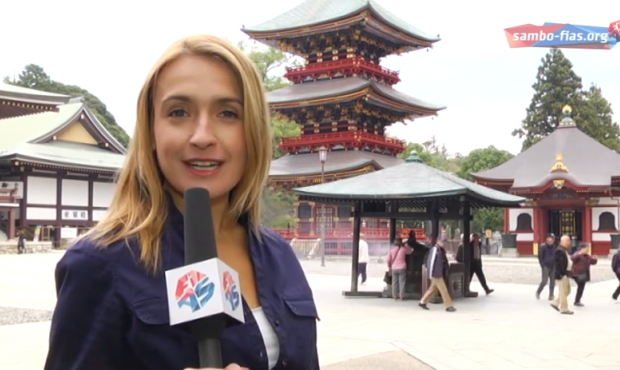 In Narita (Japan), the Sambo World Championship carries on, as well as our contest. Yesterday you voted actively for combat sambo wrestlers in weight category of up to 57 kg. Congratulations to our winner who soon will get the prize. Today you have the chance to check you envision abilities again and try to win our prize. Guess the winner’s name among women in weight category of up to 64 kg. Subscribe to the FIAS video channel on YouTube and leave the winner’s name in comments to this video. And it could happen that you will get the prize from the champion’s hands. Vote!

In order to participate in this contest, you have to be subscribed to the FIAS video channel on YouTube and leave your answer in comments to this article. You can vote up to the start of the first fight of final competition part of every day. You have to watch broadcast attentively to make the right choice!

The medal winner will choose the winner of this contest, instead of the computer program as it was last time. Right after the medal ceremony, we will offer him/her to pronounce any number for 1 to X (the quantity of the right answers). The user (the happy owner of the right answer) will get a special prize with the champion’s signature for whom the user voted. The contest winner will obtain the signature after the medal ceremony, and we will capture this excited and pleasant moment on video.

November 22, 2014, Sambo World Championship, Competition in Weight Category of up to 64 kg among Women, Participants:

The winner of the first day of the competition and the owner of T-shirts of the World Sambo Championship 2014 autographed by world champion became Elton Guliyev. He was first who made a bet that the world champion in the weight category up to 57 kg in combat sambo will become Russian athlete Andrey Budazhapov. The champion by himself decided that the prize would get to the first person who gave the correct answer. Here's, how it happened: