Agreement on Development of Korean SAMBO signed at Yong In University 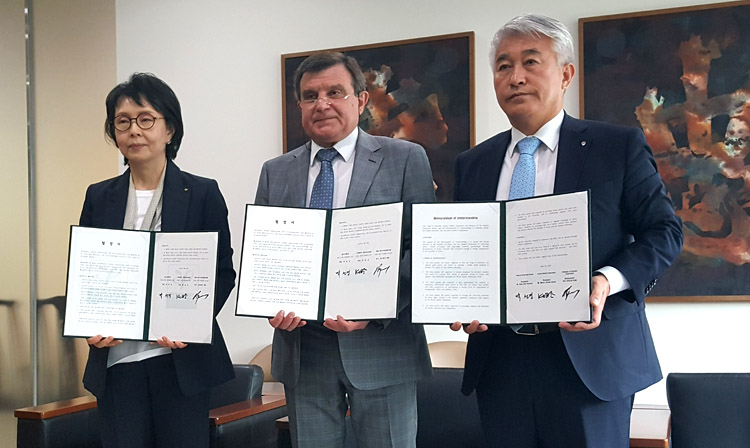 Cooperation agreement for the staging of 2019 World SAMBO Championships between Yong In University, the Embassy of the Russian Federation in South Korea, and the Korean SAMBO Federation was signed in the Republic of Korea.

At the ceremony held on May 16 at the Yong-in University campus, President of the University Sun-Kyong Park, Russian Ambassador to South Korea Andrei Kulik, and President of the National SAMBO Federation Chongkeum Moon signed the document. They approved a master plan for cooperation in staging the tournament, as well as the further development of SAMBO in Korea.

The World SAMBO Championships will be held in Seoul on November 8-10 and will bring together the strongest sambists from around the globe. Yong In University will support the training of the Korean team, as well as the organization, promotion, and technical support of the Championships. It is planned that in 2021 the first SAMBO Chair in South Korea will be created on the basis of Yong In University.

The agreement also establishes the arrangements between the Embassy of the Russian Federation and the Korean SAMBO Federation on maximum mutual support within the framework of the organization of the tournament and further cooperation in the promotion of SAMBO. 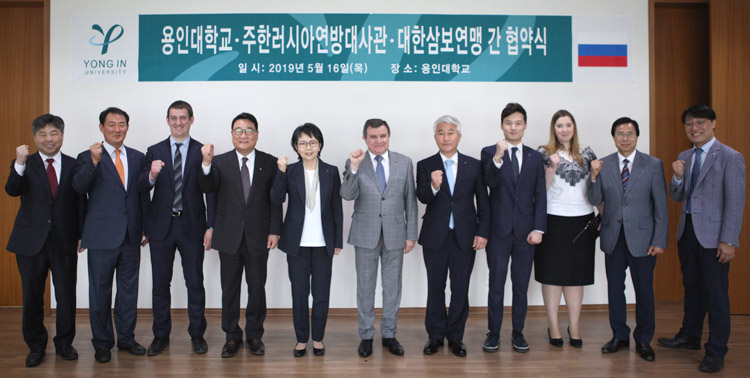 At the signing ceremony, Andrei Kulik thanked the University for its support and claimed that 'the successful carrying out of the World SAMBO Championships would be a great achievement for both Russia and Yong In University.'

The University President Sun-Kyong Park in her speech noted that she was glad to consolidate the cooperation with SAMBO community, and also expressed her hope that the University’s contribution to the organization of the Championships would add to its success.

In his turn, Chongkeum Moon thanked Yong In University for their support in organizing the Championships, as well as for their decision to open the SAMBO Chair. 'I am confident that our trilateral cooperation will strengthen the SAMBO foundation in Korea and contribute to its further expansion in this country.'