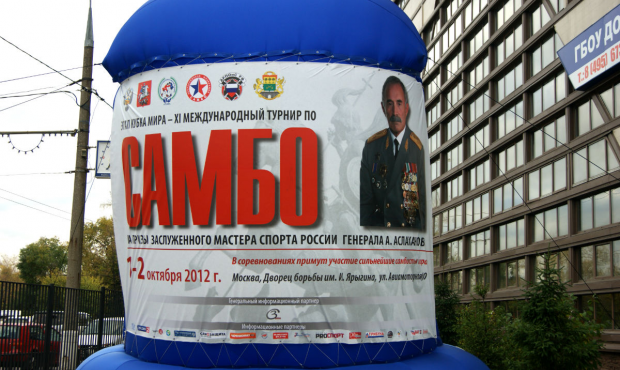 SAMBO World Cup Stage in prizes of A.A. Aslakhanov has started today in the Ivan Yarygin Sports Palace in Moscow. Sportsmen from 17 countries participate in the tournament which is final to determine the holders of the World Cup-2012. For the most strongest SAMBO practitioners, this competition is not only fight for the prestigious trophy, but also the final stage of preparation for the main start of the season – the World Championship in Minsk.

Our site has recently published the results of the individual classification after three stages of the World Cup-2012. Naturally the leaders of the overall classification are also going to succeed in this tournament. However, the representatives of the countries that had only recently begun to develop SAMBO also have a chance to approve themselves. It is possible due to some aspects of the competitions regulations. All the teams will be divided into two subgroups: the SAMBO practitioners who represent the former republics of the USSR will compete in one of them, the participants from the countries where SAMBO is only developing will compete in the other one. The rewards will be given not only to the winners of the whole tournament, but also to the leaders of each subgroup.

Let us recall that the tournament in prizes of A.A. Aslakhanov has been held since 2002, and in 2007 it was granted the World Cup Stage status. Over years of its existence the competition proved itself to be a bright SAMBO holiday that gathers huge halls of fans of this sport. The open door policy also contributes to it as tournament admission for the spectators is free.