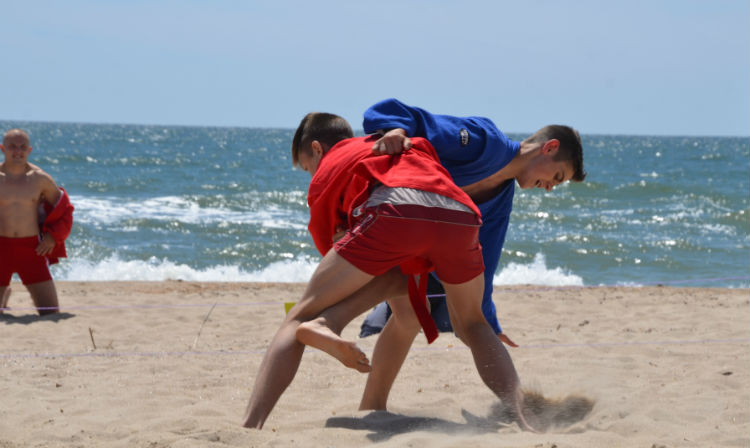 The first Ukrainian National Beach SAMBO Championships were held on May 30 on the Black Sea coast in Zatoka, Odessa Oblast. 107 participants from 10 regions of the country who were fighting for the awards of the tournament entered the history as the pioneers of national beach SAMBO. Competitions were held in two age categories: up to 16 years old, and older than this age. 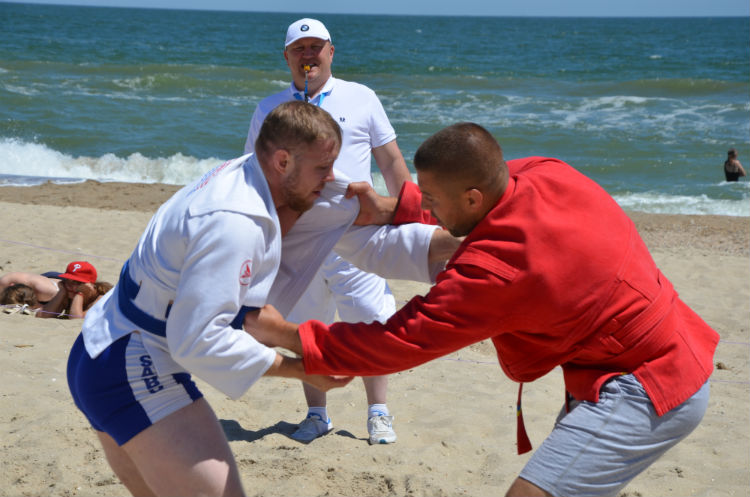 One of the leading Ukrainian referees, Gennady Trostiansky became the chief referee of the tournament. Along with him, the competitions were refereed by Anatoly Kantur and Sergey Shpilev who had worked as referees at the recent European Championships in Athens, whilst Dmitry Koba who had acted as the chief scorer at the same continental forum in the Greek capital took over the protocol. 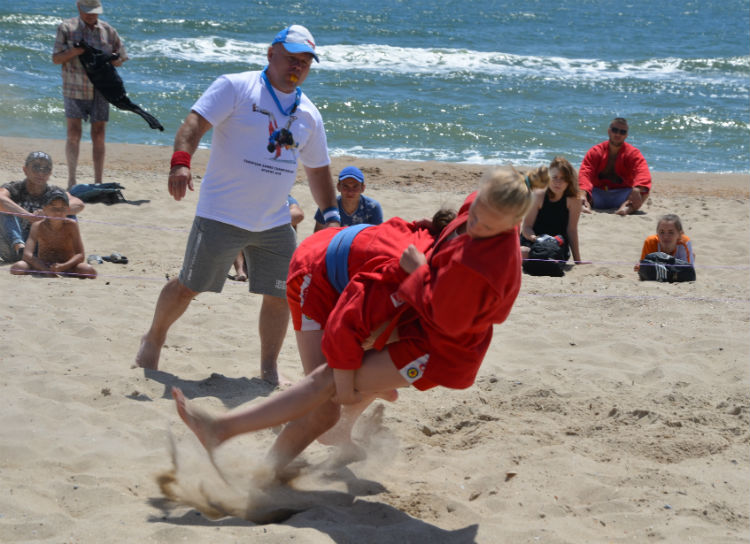 As is known, a victory in beach SAMBO can be obtained in two ways: by any throw (ahead of time) or by demonstrating a higher level of aggressiveness. The organizers noted that at the Ukrainian championships only a few fights lasted 3 minutes stipulated by the regulations. In all the other cases, everything was decided ahead of time due to technical activity. 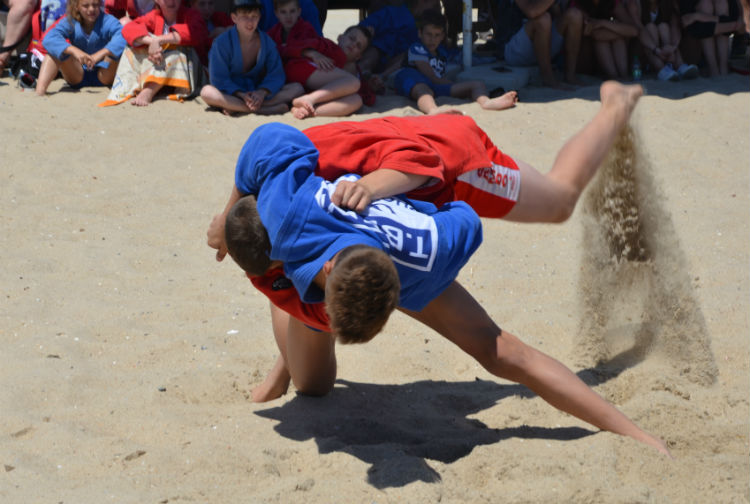 ‘The Championships of Ukraine were conducted according to the FIAS international rules which we translated into Ukrainian last winter. The only exception was made for the uniform – it was allowed to fight in red and blue outfits, as the sportswear manufacturers had not yet launched the production of white jerseys prescribed in the rules. Now, we will definitely start negotiating this issue with our partners, for we are going to enter the international arena,’ remarked Alexei Goncharuk, head of the Beach SAMBO Committee of the National SAMBO Federation of Ukraine (NSFU).

He also revealed that a trip to Cyprus is scheduled in the nearest plans of NSFU, where an open beach SAMBO tournament has been held for several years already.

‘The most important thing is that the participants have grown fond of beach SAMBO. Representatives of the regions are willing to organize the local competitions, which, of course, will facilitate the promotion of SAMBO, and will attract more children to our martial art. I wish to thank the Odessa Regional SAMBO Federation and all those who have assisted in organizing this festival,’ summarized Alexei Goncharuk. 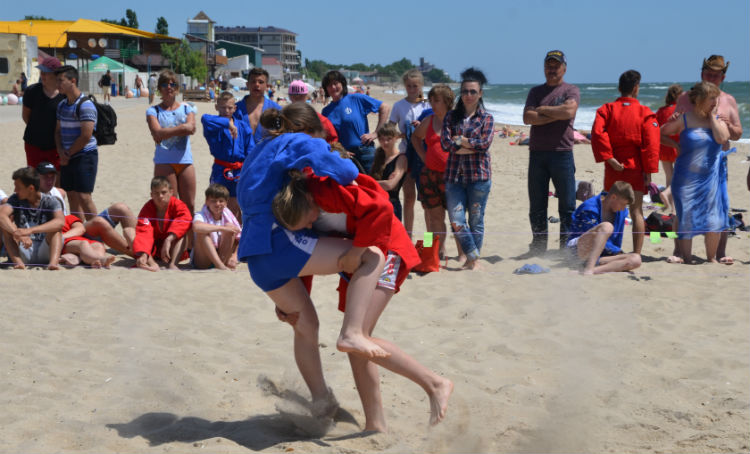