The Universiade in Kazan: the bronze medal winners of the second day of tournaments of SAMBO athletes are named 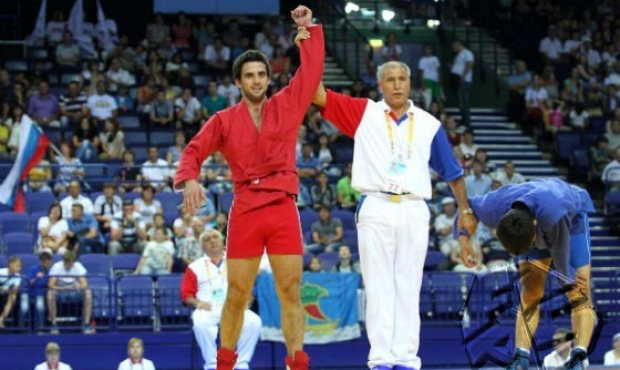 On the second day of tournaments of SAMBO athletes in the XXVII World Summer Universiade in Kazan in the part of the small finals, that is in the fight for the “bronze”, a wide geography of applicants to ascend to the third step of the victory podium of the Universiade was observed. Judge for yourself: in addition to the recognized leaders, the teams of Russia and Ukraine, there were athletes from Argentina, Romania, China, Japan, Greece, Lithuania and Turkmenistan. About those who today in the evening part of the official ceremony will listen to the anthem of the Universiade standing on the podium we will tell about in our report.

The fight for the “bronze” in the weight category of 52 kg between the Romanian Roxana Simona Khalus and the Chinese Fangfang Chen turned out to be dramatic. Leading the fight with an advantage of 2 points earned with a smartly performed hold of the named leg Roxana Simona a minute before the end of the fight missed a painful hold of her arm from the Chinese and as a result was left without a medal, which deservedly “goes” into the China's collection. For the Chinese SAMBO athletes - this is the first medal in these tournaments.

The very first medal of SAMBO tournaments for his country was won today in the weight category of 74 kg by Alejandro Clara from Argentina. The charismatic and emotional head coach of the Argentinean national team in SAMBO, he is also the President of the Sambo Federation of Argentina Juan Pablo Melo who seconded this meeting, upon the completion of the winning fight did not restrain his emotions, grasping his athlete in his hands and clasping him in his strong man's arms.

Another medal for Japan, after yesterday's sensational “gold” was won for the country of the Rising Sun by Akane Yakuta in the weight category of 64 kg. Back mill with a very interesting throw-off brought her 2 points in the match against the Uzbek SAMBO athlete Shokhista Safarova, the activity allowed her to earn one more point and with the score 3-1 in the tournament for the “bronze” she is on the third line of the final protocol of SAMBO tournaments of the Universiade.

So, bronze medalists at the Universiade in SAMBO on the second day of the tournaments were:

Bronze medalists can relax now and wait for the awarding ceremony. But the candidates for the “gold” of the Universiade are now awaiting the final competitions. The broadcast of the final part of the second day will start at 15.50 by Kazan (and Moscow) time. The following athletes will compete for the first place: