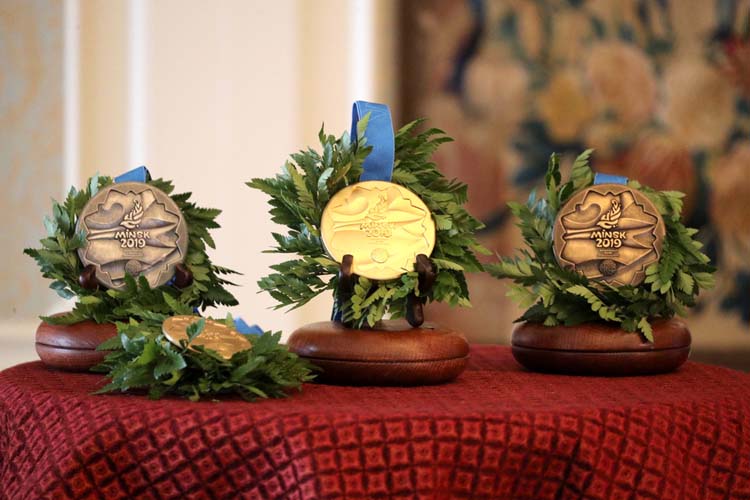 The organizers of the II European Games presented  the medals of the forthcoming sport event to the journalists at the Mir Castle, BELTA news agency has learned.

The design of the medals reflects one of the emblems of the Games, “paparats-kvetka”.

The form of the award is a classic disc, inside of which is a radiant element with fuzzy outlines: this is exactly what the sun looks like on a bright summer day, reminding us of the time period of the Games. It is reported that such a cozy form without sharp angles personifies the characteristic traits of the Belarusian people: gentleness, friendliness, good humor, closeness to nature. The 9.5 cm diameter of the medal is also not accidental, as the population of Belarus makes up 9.5 million people. 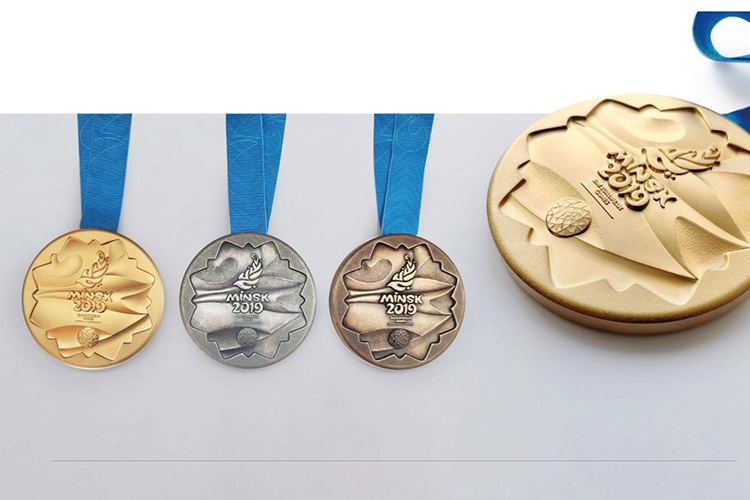 The impression of home comfort and warmth is lent by a medal case made of natural wood. This is associated with traditional Belarusian crafts, Belarusian nature, in particular, with its magnificent forests. A legend has it that over there, in the very heart of Europe, a wonderful “paparats-kvetka” blooms that fulfills one's dreams.

Kirill Korolevich, Head of the "Sens-Heraldic" enterprise, told that unique technologies were used to make the medals. 'I can confidently say: these are awards that have no analogues elsewhere,' he emphasized.

The body of the medals is made of a special alloy, tombak. Precious metals are used in compliance with the award's value: 24 carat gold, silver of 999-th fineness mark, and bronze. For hardening the precious coating, nano-diamonds are applied, which is a patented technology of Belarusian jewelers. It takes a quadrillion (1015) nano-diamonds to create one medal of the highest standard. Combining the traditional techniques of minting and nanotechnologies, the production process of a single medal takes approximately 20 hours. The weight of the award is about 540 g, the diameter, as mentioned above, is 9.5 cm, with the thickness of about 1 cm. 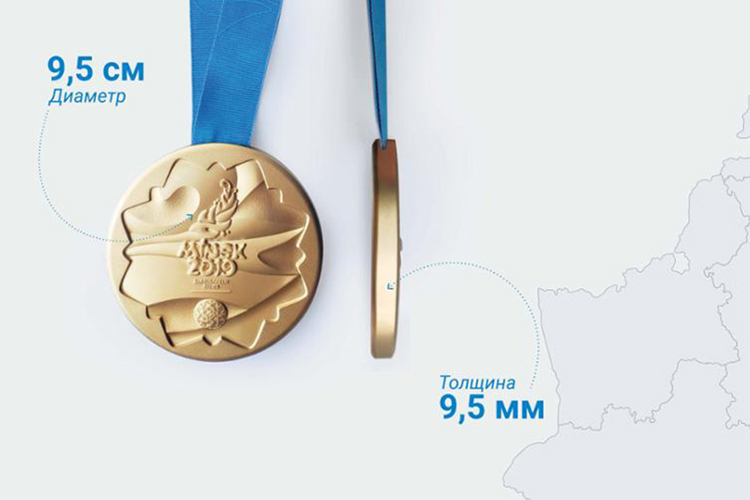 In total, 1084 medals will be manufactured for the II European Games, 329 of gold, 329 of silver, and 426 bronze ones. The name of a sport and a discipline in which the medal is awarded will be engraved on the back of the award. Each medal will be packed in a wooden case made of hardwood, on top of which the logo of the games will be engraved in a color corresponding to its rank.

'Since the antique Olympic Games, honoring the winners was an important part of the competition. At first, it was a wreath of olive branches. At present, more and more advanced technologies are used. We can state with confidence that the awards of the II European Games will become a cherished goal not only for athletes, but also for collectors,' claimed Georgy Katulin, Director of the II European Games Foundation. 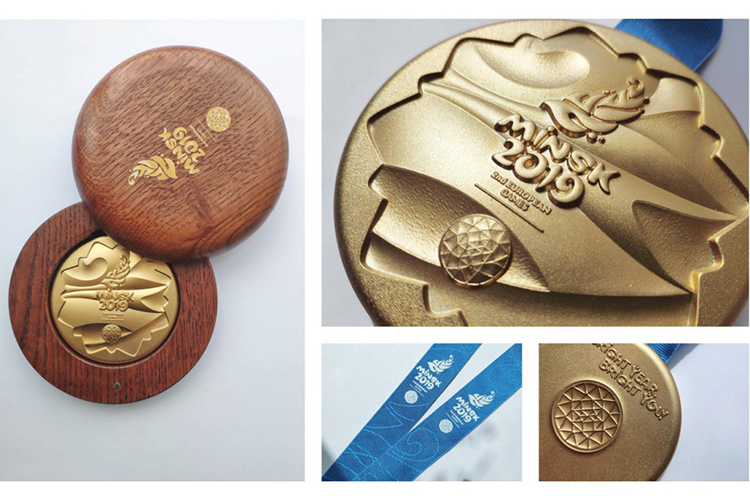 He told that the commemorative medals would be made as well, to present all participants of the II European Games and officials of the sport delegations of the countries with them. They will be smaller copies of the awards for the winners of the competitions.