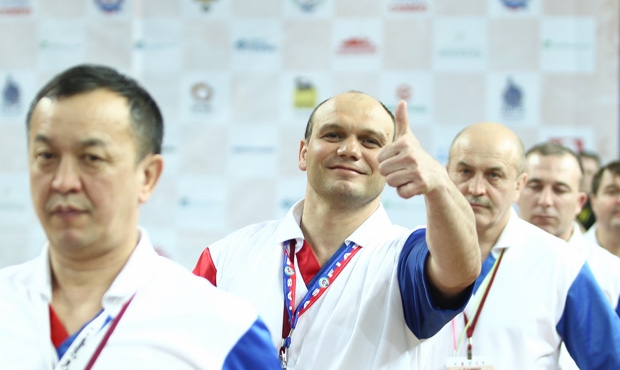 This year, the whole world of sambo will live according to new rules of the “unarmed self-defense” competitions. You can learn more about changes, the reason of changes and how they will affect sambo fights from our today’s article.

The changes to the rules for sambo competitions were determined by the requirements of international sports organizations and television. The main reasons of these innovations are the wish of FIAS to become a member of the International Olympic Family and to participate in as many as possible multisport games. The major task of specialists of the International Sambo Federation was to make sambo fight more spectacular, dynamic and lively. The current year 2015 will show whether they succeeded, after that experts will analyze the current changes in the rules and take the final decision on this matter.

It is worth noting that the rules of competitions are constantly changing in Judo and wrestling. It has always been the subject of much controversy and different opinions. Someone who is more revolutionary easily agrees with the updates, and conventionalists criticize and resent changes. Taking this into consideration, FIAS has taken the first step in this direction in a very careful and delicate manner: there are few changes and they are made prudently and thoughtfully.

So, we will tell you about the essentials. Now the fight will end prematurely with difference in 8 points. Let us recall that earlier the winner had to edge the rival by 12 points. It is expected that this change will make the fights between sambo athletes more dynamic and rushing.

According to the theory and practice of sambo judges, “activity” in the form of evaluated action is lost. The experts find drawbacks of this judicial tool in the fact that the use of “activity” overcharged the judicial board, and most significantly, it led to the fact that visibility of the fight and obviously false attacks replaced spectacular and bright technical actions.

The time of consolation fights is reduced in new rules. And now in order to get into the small final, sambo athletes must conduct 3-minutes fights; previously, this time was equal to 5 minutes. The goal is to make sambo competitions more rapid and mobile in general.

Since this year, crossing of legs on an opponent's body is allowed in mat wrestling. There is one difference: it is allowed to cross legs but it is forbidden to straighten them out because the opponent’s spine can be injured.

The changes also affected the judicial protest. Now this procedure is provided in the rules in more detail and civilized. There were also some innovations – new official position in the world in sambo judging – Deputy Chief Judge of the competition.

We told you about the main this year's sambo competition rules changes. The first wrestlers who test them in practice will be sambo athletes participating in the Sambo World Cup stage “For the Prizes of the President of the Republic of Kazakhstan Nursultan Nazarbayev”.