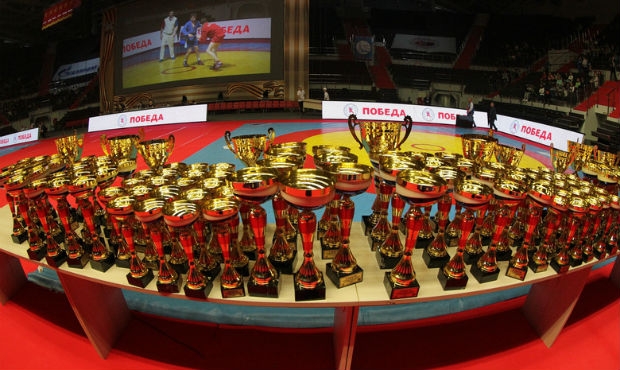 Youth team tournament was established 17 years ago upon the initiative of the Russian president Vladimir Putin. Competitions are critical for patriotic upbringing of kids.

The hosts don`t only aim for sambo promotion, but also strengthen international friendly connections among the sportsmen.

This year 27 teams from Russia and Belarus, including the teams from such hero-cities as Moscow, Saint Petersburg, Novorossiysk, Tula, Murmansk, Kerch, Sevastopol, Volgograd, Brest, Minsk, Smolensk: the teams from such Cities of Military Glory as Rostov-on-Don, Anapa, Vladikavkaz, Yelets, Kovrov and others, as well as teams from federal districts of Russia confirmed their attendance.

The age of the participants is 15-16 years. “Victory” is the only international start for the sportsmen of junior age category. These are team competitions, where sportsmen come out for the line fight. Boys are overwhelmed by emotions, they cheer for each other, fight, being aware of responsibility for total points. Triumph in this case is tenfold stronger – this is exactly the number of wrestlers in the team.