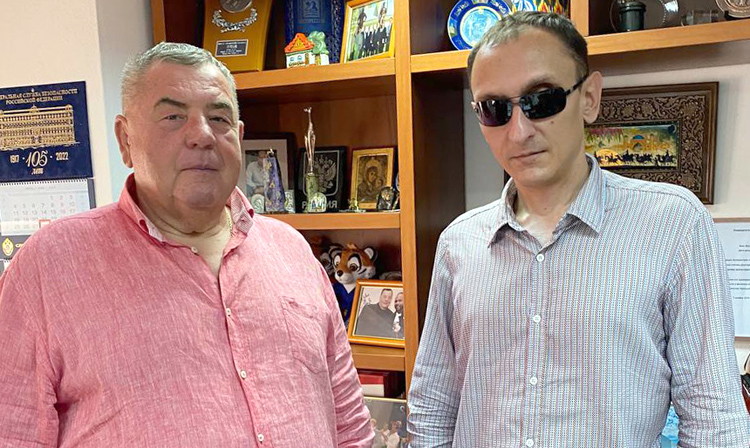 President of the International SAMBO Federation Vasily Shestakov and Chairman of the FIAS Commission for Athletes with Disabilities Roman Novikov at a meeting on July 28 discussed the dynamics of the international development of SAMBO for athletes with disabilities. Particular attention was paid to the direction of SAMBO for the blind and visually impaired.

“Over the past few years, we have seen that Asian SAMBO is steadily gaining weight in the international arena. I believe that SAMBO for the blind and visually impaired has a high potential for development in this region. In many Asian countries, there are blind and visually impaired sambists who are actively training and want to compete. I am sure that in the near future it is necessary to hold continental SAMBO competitions for this category of wrestlers,” Roman Novikov said. 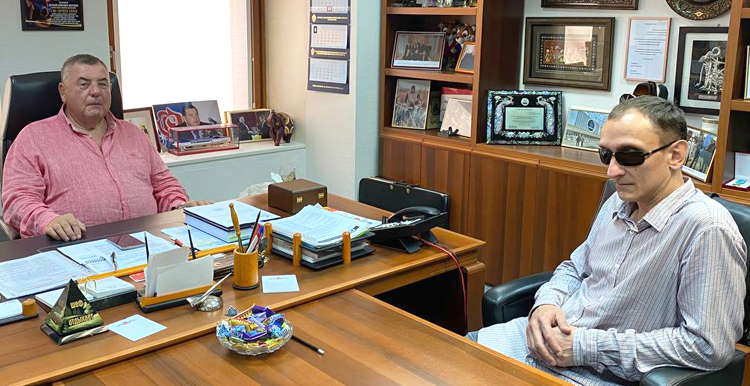 He also noted the initiative of the national federations, which began to hold their own championships in this discipline. In particular, the Sambo Association of Uzbekistan this year organized the country's debut national SAMBO competitions for the blind and visually impaired.

Vasily Shestakov confirmed the great importance of the development of SAMBO for athletes with disabilities around the world and supported the initiative to organize competitions of the highest international level for such categories of sambists.