Vasiliy Shestakov: Bakhtiyar Abbasov’s behavior will be discussed at the next meeting of FIAS Executive Committee 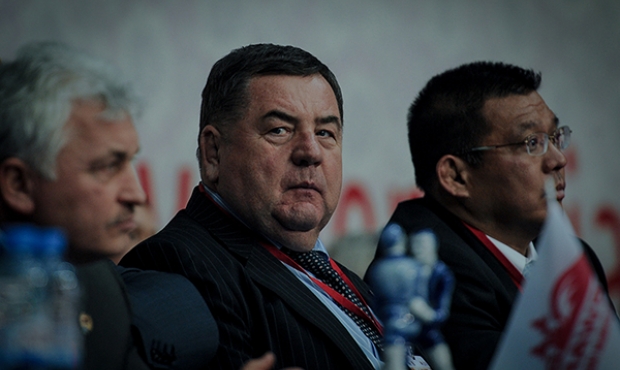 Bakhtiyar Abbasov, representing Azerbaijan team in the weight category 90 kg at A. Kharlampiev Memorial Sambo World Cup award ceremony, sat on his haunches when the Hymn of Armenia in honor of the tournament winner, Ashot Danielyan, was played.

This issue is currently considered by two FIAS Commissions: Disciplinary and Ethics. After Commissions pronounce the conclusion, the members of FIAS Executive Committee will pronounce their decision on the measures to be applied to Abbasov.

“Such behavior is unacceptable; it is not just a question of ethics and mutual respect, that kind of act “explodes” the main idea of the sport movement — to unite people and to promote humanistic values through sport. Act of Bakhtiyar Abbasov will be discussed at the next meeting of the Executive Committee of the International Sambo Federation. We’ll take appropriate measures which will guarantee that such incidents are unacceptable in the future,” FIAS President Vasiliy Shestakov commented on the situation.