Viorel Gyska: “We are confident in the way chosen” 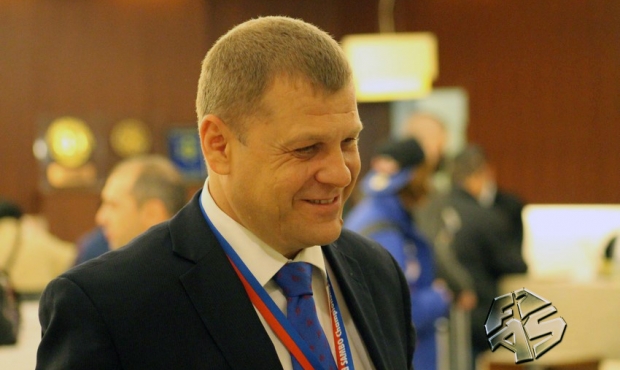 During the last years, when the Romanian athletes participate in the Sambo World Championships, we always expect vivid fights and beautiful victories from them. Not always the mentees of Viorel Gyska can reach the desired success, but the team always takes on stably and confidently keeping the high level of ambitions and respect set. That is why the Romanian national team was not staying aside while the medals were gained by other athletes in the Sambo World Championship in Japan.

However, we have to admit that sometimes the Romanian wrestlers lacked luck (for instance, for a few times the relentless lot at early stages of tournament made them compete with Russian athletes who were the obvious favorites), but the sambo wrestlers from Romania were not in desperate and every time they fought till the end. Two gained bronze medals became a reward for this struggle, although the team’s potential surely allowed to expect better result.

“Two bronze medals gained in the World Championship are the result which can’t make us unhappy”, told the coach of the Romania national team to the FIAS reporter. “The success of Natalia Budeanu is especially pleasant and important for us because this is the first Natalia’s world medal. It means that we’ve chosen the right way to develop sambo in our country and the accepted preparation plan to the high level competitions will gradually bear fruits.”

“The bronze medal of Daniela Hondiu is a bit disappointing for us. We expected that she will certainly qualify to finals. Moreover, I’m sure that she was able get the golden medal”, emphasized the President of the Romanian Sambo Federation.

“My sambo approach is based on ground work, and the athletes learned it very well. But in the finals, for some reason referees didn’t estimate the leg lock finished by Daniela,” Viorel Gyska complained on the challenged decisions taken by referees.

“Anyway we’re not in desperate; we’ll keep our training plan and continue our work in the same approach”, added the coach of the Romanian national team. “I think that we took the right way. Our preparation plan is designed for 4 years (2012–2016) and only after this period we will be able to summarize the intermediate results.”

The President of the Romanian Sambo Federation and the Head Coach of the national team emphasized the support and mutual understanding from the Russian colleagues. “We will seek advice from our companions and friends – the colleagues from Russia – on the issue of the practice improvement. I do it constantly, and it brings significant results: we timely estimate if we take the right way or wrong.”

“I don’t think we should be upset with the tournament results. We had planned to get one medal at the Championship in Japan (gold, silver or bronze), but in Narita we won two bronze medals at once,” resumed the interlocutor.