Vladimir Putin: Inclusion of SAMBO into the Olympics will be fair 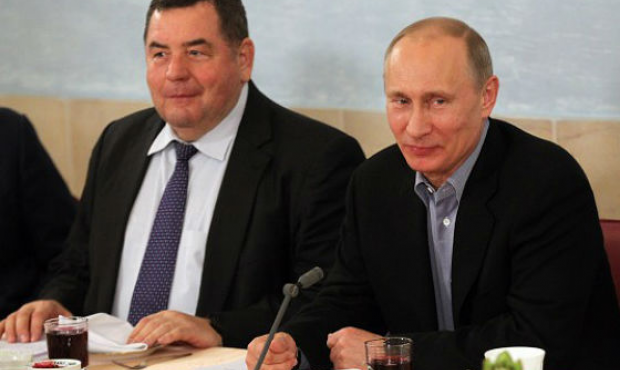 As it was reported earlier, the world SAMBO community representatives met with Vladimir Putin in the legendary Russian SAMBO-70 school on 13 March. Below are a few statements by the President of Russia about our favourite kind of sports, SAMBO, available for readers on sambo.sport.

"Hopefully, this kind of sports, SAMBO, will be included into the Olympics some day. This would be both fair and reasonable. And vice versa, exclusion from the Olympic games of traditional kinds of sports that initially formed the basis and were a part of the Olympic program far back as in ancient Greece is unfair", V. Putin stated at the meeting with the core group of the International and All-Russian SAMBO federations.

V. Putin also brought into focus that the government would do their best to support the sporting movement on the whole and development of SAMBO in particular.

"This kind of sports has crossed the national border and is now winning more and more supporters, amateurs and fans. This is a truly beautiful and dynamic kind of sports that co-opted numerous combat sports of the USSR nations, that is why it is now called international", the head of the state said.

The participants of the meeting including the heads both of the International, All-Russian SAMBO federations and corresponding federations of Morocco, Bulgaria, Italy and Belarus informed V. Putin on development of this kind of sports in their countries.

In particular, the President of the SAMBO Association of the Commonwealth of Nations Simon Reading told that Great Britain would plan to hold the SAMBO Cup named after Putin next year, and invited the Russian President to visit the competitions. In response, V. Putin recalled that during the Olympic game in London David Cameron, Prime Minister of Great Britain, accompanied him at the Judo competitions.

"Within the next couple of days we are going to talk with him [David Cameron] over the phone and I’m going to thank him for support of SAMBO", V. Putin said and thanked the Association head for the invitation.