A meeting of Vladimir Putin, the Russian President and representatives of the world SAMBO community 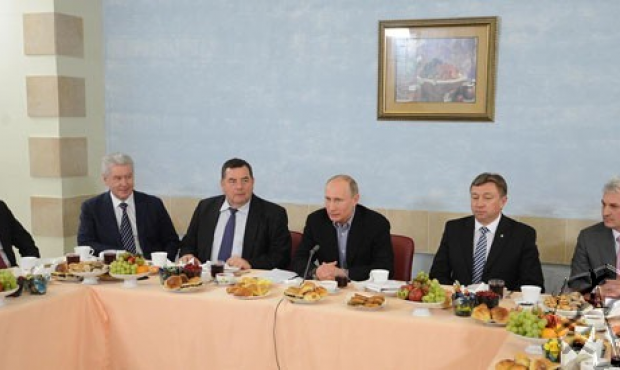 Today, on March 13, there was held a long-awaited meeting between the representatives of the world SAMBO community and Vladimir Putin, the President of the Russian Federation, in the legendary Russian school Sambo-70.

Vasily Shestakov, the International SAMBO Federation President, Andrey Klyamko, FIAS First Vice-President, Sergey Eliseev, FIAS Vice-President as well as members of the FIAS Executive Committee, Presidents of the Continental SAMBO Federations, Heads of the Russian SAMBO Federation, a statesman and public figure of the Russian Federation as well as the famous Russian athlete – Aslambek Aslakhanov, legendary SAMBO athletes – Fedor Emelianenko and Aleksandr Pushnitsa participated in the meeting with Chief Executive of the state. The meeting was also attended by Lord Simon Reading, the President of the Commonwealth Nations SAMBO Association.

Vasily Shestakov, the FIAS President reported about the current SAMBO development in the world, the prospects of FIAS joining the international Olympic family, as well as problems facing FIAS and difficulties encountered in the work. 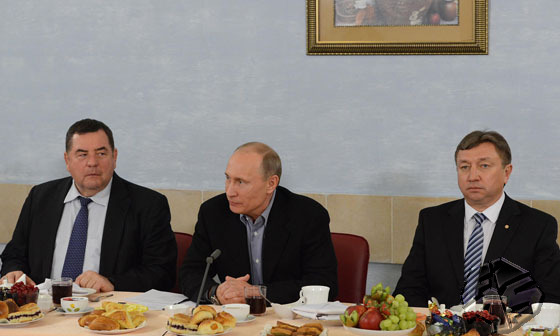 Sergey Eliseev, the All-Russian SAMBO Federation President informed all the participants on the state of SAMBO in Russia. There was carried out a friendly exchange of views on the SAMBO trends of development and dream of all the SAMBO athletes – to demonstrate SAMBO at the Olympic Tournament.

Here are some short interviews with the participants of the meeting.

The initiator of the meeting – Vasily Shestakov, the FIAS President:

“The meeting was held in a friendly, warm atmosphere. I can’t help reminding one of FIAS slogans: “SAMBO – is a large family”. Exactly such a family was presented at the meeting today. There were SAMBO Heads from Morocco, Belarus, Italy and Bulgaria. We told the Russian President about nowadays SAMBO and the results obtained – these are the increase in the number of National Federations, SAMBO geographic expansion, a new format, the level of the World Championships and other official FIAS competitions. The emphasis of the meeting was placed on the work ahead.

Vladimir Vladimirovich underlined his personal opinion that he has always supported and will support SAMBO and expressed his conviction that even today SAMBO deserves to be called “the Olympic sport”.

Lord Simon Reading, the President of the Commonwealth Nations SAMBO Association was amazed at the openness of Head of the Russian state:

“Such meetings a priori assume a certain official style and definite formalism. I was surprised by the openness of Vladimir Vladimirovich, his smile, the way of interacting – there is every indication of his sincerity.

I told the President of Russia about our Association founded out the other day. Today 8 of 54 member countries of the Commonwealth Nations practice SAMBO and have already become members of the Association. Simple arithmetic shows an impressive reserve of future SAMBO fans.

So that’s why I brought a proposal to Vladimir Vladimirovich to hold the President Putin SAMBO Cup in London (UK) in 2014. He gave his consent and it is well worth it. Certainly, a tournament of such a scale will give us a significant impetus for further SAMBO development in the Commonwealth Nations”.

Mr. Dalil Scalli, the President of the African SAMBO Confederation:

“Participation in such a meeting – is a great honour for me. Vladimir Vladimirovich was interested in SAMBO developing in Africa. I told him about the success we had achieved for 30 years: 18 of our countries develop SAMBO, we have already held the National SAMBO Championship for 7 times, in 2012 there was held the World Cup among Masters in Casablanca, we are also planning to hold Arab Countries Championship in Africa. Today we are faced with the task of attracting 10 other countries to practice SAMBO.

You know, the Moroccans are fond of Putin. His support of the Russian Judo team at the platform of the London Olympics captivated the millions. It was really interesting to see how he supported the team and rejoiced at their success!

I am very pleased with the results of the meeting, far less the President of Russia, and all of us know the weight of the country in the sports world, has promised to help us in SAMBO development in the world”.

It is safe to express the opinion that today’s meeting of the Russian President Vladimir Putin and representatives of the world SAMBO community – is a unique event which will be undoubtedly crucial for the fate of the All-Russian and International SAMBO sport in its ambition to become a full member of the modern Olympic team.