Everything you need to know about the 2017 European SAMBO Cup 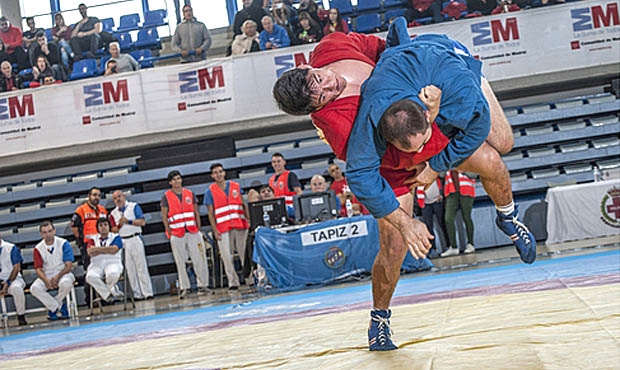 The first European SAMBO Cup in history was held in Madrid almost two years ago, on the 24th of October, 2015. That tournament was tribute to the memory of the first FIAS president Fernando Сompte. He made a huge contribution to SAMBO development all over the world and considered it to be «the most effective and action-oriented martial art for today». In 2017 the European Cup will be held in Madrid once again, from October 27 to October 30.

Vice president of the Spanish Wrestling Federation Angel Jimenez has told us about the preparations for the European SAMBO Cup.

About the introduction of combat SAMBO

«In Europe there are a lot of athletes, who want to participate in combat SAMBO competitions. Besides that, it is going to be the first international combat SAMBO tournament for juniors. I`m sure, that the competitions will turn out to be really thrilling».

«We`ve already been preparing for the European Cup for 6 months. We want to hold a large-scale event and attract lots of spectators, mass media and television representatives. We`ve been negotiating about the organization of this tournament with city administration for some time, we also want to show Madrid to the competitions participants».

About positive consequences for Spain

«It`s essential to hold the European Cup in Madrid in order to boost SAMBO development in Spain. Local athletes need to participate in international tournaments, it`s also important to introduce SAMBO to the local audience. This tournament is also tribute to the memory of our compatriot Fernando Compte, the first FIAS president».

About the team tournament

«In my opinion, if we hold team competitions as well, it will give all participating countries an opportunity to take part in two tournaments simultaneously, as a result more athletes will compete for titles. And of course it`s the new format of the European Cup».