Everything you wanted to know about the World Sambo Championships 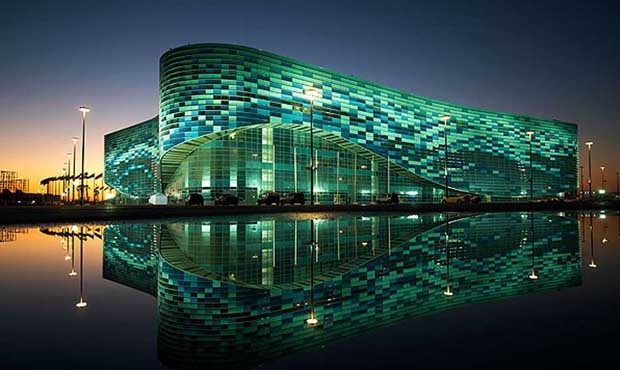 The World SAMBO Championships will be held in the Russian city of Sochi from November 10 to November 12. It is expected that the tournament, which will be held at “The Iceberg” skating palace, will gather more than 1000 participants from 90 countries of the world. You can learn everything you need to know about this huge upcoming event right now from our materials.

The entrance fee will be free of charge. It is better to get tickets for the best places in advance. Starting from November 1 it has been possible to get tickets in the booking offices of “The Iceberg” skating palace.

The competitions will be held in the Olympic facility, the sportsmen will live in the Olympic park, which Sochi inherited after the 2014 Winter Olympics.

“The Iceberg” skating palace in Sochi was built in 2012 in coastal cluster of Imereti lowland and is situated in the Olympic park. The floor area is about 68 thousand square meters, the capacity is 12 thousand seats. The sports complex hosted competitions among figure skaters and short track speed skaters during the Winter Games.

It is expected that 7 countries will introduce their SAMBO athletes for the first time: China, Hong Kong, Bangladesh, Saint Lucia, Egypt, Congo and Côte d'Ivoire. After a long pause Bolivia, Jordan and the Philippines confirmed their participation as well.

The “Rosneft” Oil Company is the general sponsor of the Championships, the tournament will also be sponsored by the “Rostec” State Corporation.

Live broadcast of all the World SAMBO Championships fights (both morning and evening parts) will be available on FIAS website. The final fights will be broadcasted by TV companies of 20 countries worldwide.

A banner, concerning protection of Amur tigers will be set on the arena. Honored guests of the tournament will be able to sign-off in defense of Red Book species. Let us remind that the International SAMBO Federation and the “Amur Tiger Center” independent nonprofit organization have partnered up. The aim of cooperation is joining efforts in development and promotion of SAMBO as well as preserving and increasing the unique population of Amur tigers.

It is planned that during the World SAMBO Championships in Sochi an opening ceremony of a monument dedicated to SAMBO founders will be held. Mayor of Sochi Anatoliy Pakhomov shared this news during the meeting at the town hall on October 24.

On October 25 promotion action called “Your trip to the Championships” started at “Rosneft” gas stations. Its participants can win prizes, provided by the “Rosneft” Oil Company in cooperation with FIAS: a plaid, a mug or a wind jacket. Above all someone lucky will get two grand prizes: a lunch with Fedor Emelianenko or a SAMBO jacket with his autograph. The winner will be determined on November 11 at “The Iceberg” skating palace during the final part of the second day of the competitions at the World SAMBO Championships.

Within the framework of the Championships an exhibition, dedicated to SAMBO development in Russia and around the world, will be held in “The Iceberg” skating palace. The main topics of the exposition will be: SAMBO promotion at schools, in colleges, in GTO and throughout the regions.

During several days in “The Iceberg” it will not only be possible to enjoy high-class SAMBO, but also to learn the most spectacular and effective techniques from virtuoso SAMBO athletes. Master classes for all attendees will be held by famous Russian SAMBO athletes Mikhail Mokhnatkin and the Lebedev brothers – Dmitry and Ilya.

Spectators won’t need years of hard trainings to feel like real SAMBO athletes at the World Championships in Sochi. Finding one of the photo zones will be enough. The “Rostec” company will provide an opportunity for everyone to feel like a real champion and take a photo in a SAMBO jacket with a medal. Then, everyone can get a snapshot and upload it in the social networks. In the “Rosneft” Oil Company promotional zone it will be possible to take a photo, using the most famous Sochi landscapes as a background, and feel like a fight participant as there will be a face-in-hole board called “The Throw”.

The video marathon “I’m going to Sochi to win” goes on! SAMBO sportsmen from all over the world, who will participate in the Championships in Sochi, record video messages against the background of landmarks of the places, where they live. In this video messages they talk about three associations with the word “Russia”, about the significance of the World SAMBO Championships in their lives and pronounce the phrase “I’m going to Sochi to win!” in Russian. Such videos can easily be found on social networks, using the #IGoToSochi2017 hashtag.

If you still have questions concerning the upcoming 2017 World SAMBO Championships in Sochi, ask them in the comments, we will add the answers to the article.