Yasuhiro Yamashita: "I think Russian judo fighters are strong because they have experience in Sambo" 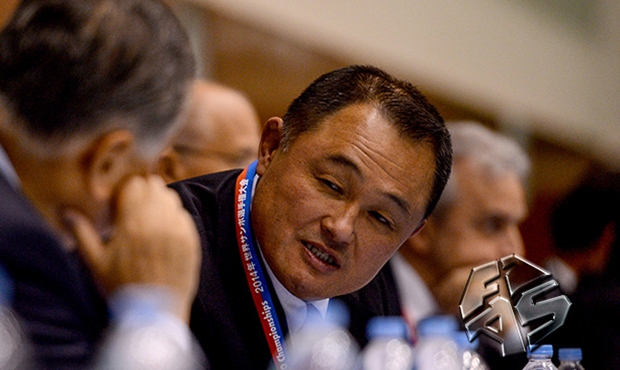 The World Judo Championship ended a few days ago in Astana, the capital of Kazakhstan. The Japanese team performed brilliantly. The men's and women's team tournament was "gold", not counting the 6 gold, 4 silver and 5 bronze medals of the founders of the "flexible path to victory" for individual events. Special correspondent for TASS Russia News Agency Veronica Sovetova asked Yasuhiro Yamashita, champion of the 1984 Olympic Games in judo, 4-time world champion, and member of the Executive Committee of the International Judo Federation, about Japanese  success in judo, and about his opinion of Sambo.  Read about it here.

"I think Russian judo fighters are strong because they have experience in Sambo, your national sport," Yamashita said. "And it has a good chance of being included in the Olympic program. I think this experience helped the Russians win five medals, including three gold, at the Olympics in London."

Yamashita said that Japanese practitioners of judo and Sambo, which is now developing in his country, attend joint Sambo seminars: "We're friends with Vasily Shestakov, President of the International Sambo Federation (FIAS). He regularly invites our athletes to joint Sambo seminars."

The full interview with Yasuhiro Yamashita is available on the official TASS website at:  http://tass.ru/sport/2222191