Meeting of Executive Committee of International Sambo Federation in Riga 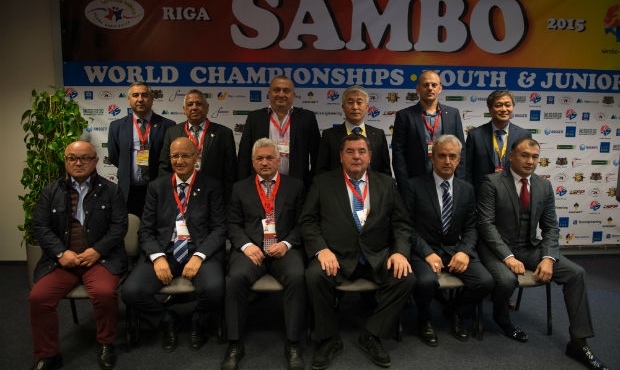 The meeting of the Executive Committee of the International Sambo Federation opened with a report by FIAS President Vasily Shestakov, who highlighted recent milestones in the development of the Federation. Mr. Shestakov talked about the success of the Sambo tournament at the European Games in Baku, the workshops held for coaches and referees during the World Cup Memorial of A. Kharlampiev, the opening of new Sambo clubs in China and Cuba, the success of continental starts this year, the visit of IOC President Thomas Bach to Russia, FIAS social programs, partnership with AIPS and the FIAS project to save the Amur tiger.

"I mentioned the key milestones in the development of FIAS, and our basic steps to expand and promote Sambo. But most importantly, all of this is due to your success and your work: the work of a lot of national Sambo federations and the people who give their hearts and souls to our beloved sport every day," Mr. Shestakov said. 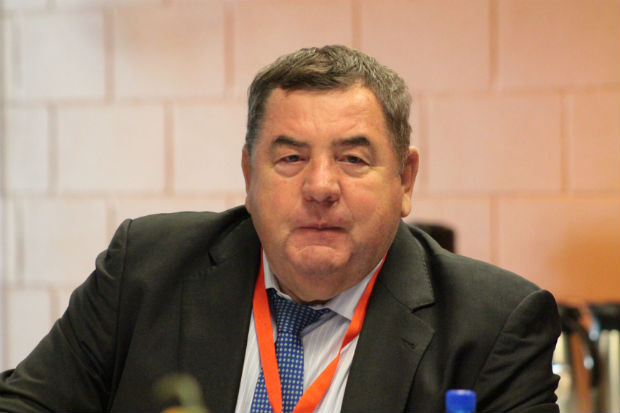 The Executive Committee resolved unanimously to recognize the decisions of the 2013 FIAS Congress held in St. Petersburg, Russia as unconditionally valid to the extent they were confirmed at the 2014 FIAS Congress in Narita, Japan. The Executive Committee also made a unanimous decision to delegate the right to sign a settlement agreement to FIAS President Vasily Shestakov in legal proceedings conducted in the International Sports Arbitration and in the courts of general jurisdiction of Switzerland.

Sergey Eliseev, FIAS Vice President and President of the European Sambo Federation, reported on the 2015 European championships held in Croatia, and also talked about the Pan American Continental Championships, which took place in September in Nicaragua. Mr. Eliseev rated both championships as a success, noting the broad geography, successful organization and the large number of countries whose athletes won medals. 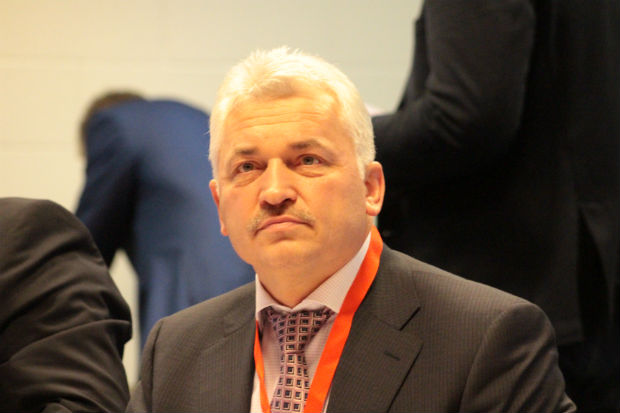 Alamjon Mullayev, FIAS Vice President and President of the Sambo Union of Asia, reported on the reasons for the shift of the dates and venue of the 2015 Asian Sambo Championship. The tournament was originally supposed to be held in Ashgabat, Turkmenistan, the city that will host the 2017 Asian Indoor and Martial Arts Games. It was planned that the Asian Sambo Championship would be a test before the Asian Games and would be held using the infrastructure of the future Games. Due to organizational difficulties in delivering the facilities in Turkmenistan by the scheduled time, the Sambo Union of Asia decided to hold this year's Asian Championships in Kazakhstan in early December. 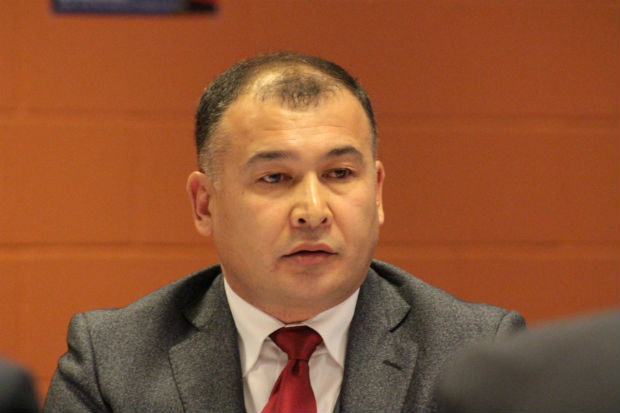 Dalil Scully, FIAS Vice President and President of the African Sambo Confederation, talked about the 2015 African Continental Championship held in May in Casablanca, Morocco. Along with the broad geography of the tournament and the medals won by countries competing for the first time, Mr. Scully made special mention of the extensive media coverage of this tournament – 5 local channels reported on it in news broadcasts, not counting the large number of writers and photo journalists who actively wrote about and took photos of championship. 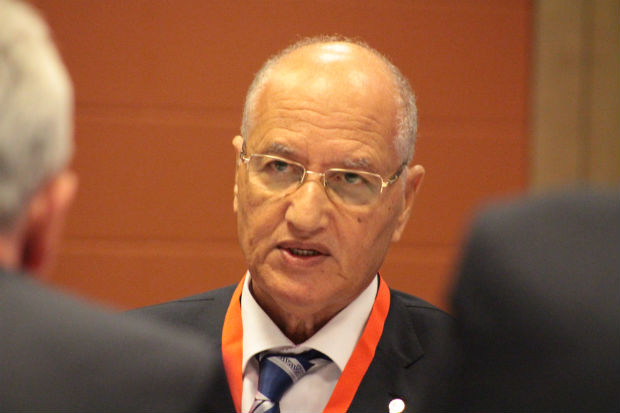 Michal Buchel, head of the FIAS office in Lausanne, informed members of the Executive Committee of the association of FIAS commissions, which have been established to optimize the work. Specifically, the Medical Commission and the Anti-Doping Commission headed by Alexander Leschinsky were combined. The Marketing Commission and Media Commission were also combined. The Executive Committee approved these changes and decided to send letters to national Sambo federations, so that the federations could offer people with the necessary experience and skills positions as members of these commissions, thereby reinforcing and optimizing their work. 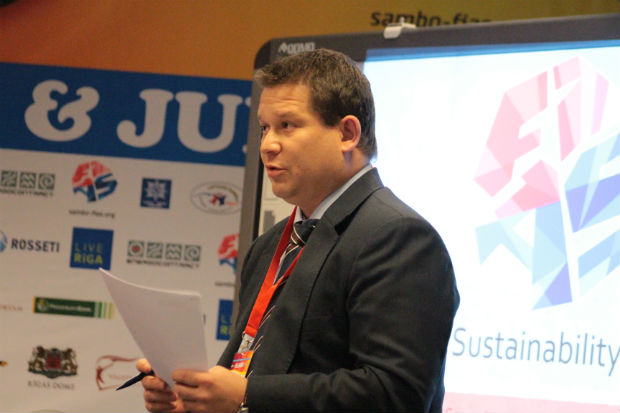 FIAS Executive Director Sergey Tabakov reported on IOC requirements that make it necessary to document some practices of the FIAS panel of judges, in particular, to adopt ethical rules for judges and rules of the Jury of Appeal. Drafts of all the necessary documents have already been prepared to date, and the members of the Executive Committee have decided to revise them online in the near future and adopt them at the next FIAS Executive Committee meeting. 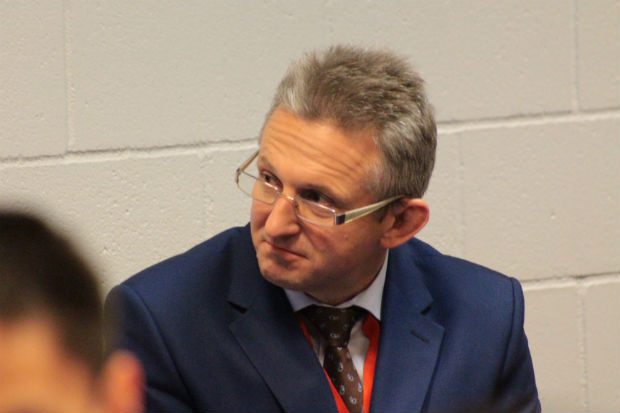 In addition, as per the requirements of the International Olympic Committee, it was decided to count scores at Sambo competitions using the Olympic system, where standings are based on medals. FIAS previously had a scoring system.

Sergey Eliseev told the members of the Executive Committee about the FIAS calendar of events for 2017 and 2018. The 2017 and 2018 World Championships will be held in Sochi, Russia and Milan, Italy, respectively. The 2017 World Championship among Youth will meet in Serbia, although the city has still not been determined; and all Sambo youth will go to Tbilisi, Georgia in 2018. The 2018 World Championship among Students may also be held in Serbia. The city of Novi Sad has filed an application with FISU, which will be considered at a meeting of the organization on December 25.

Evgeny Selivanov, the head of the FIAS Judicial Commission, reported on the results of introducing experimental FIAS competition rules. Both Sambo fans and experts note that the fights have become much more dynamic, exciting and more interesting to watch. As a result, the Executive Committee has decided to adopt these rules for 4 years, saying that this is the best time for testing and adapting them. 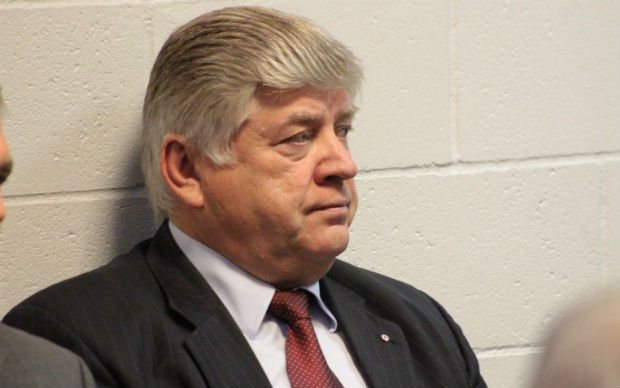