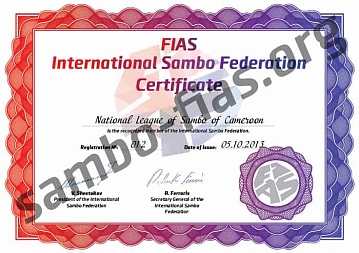 Sambo has appeared in Cameroon thanks to Mr. Jean-Paul MBOUELLE in 1996, and the organization that ran the Sambo in those days , was Sambo Cameroon Sports Association.

Thus, after the death of Mr. Jean-Paul MBOUELLE on 14 February 2011, the Cameroon National Sambo League starts functioning the same year after the visit of the President of the African Sambo Confederation, Mr. DALIL SKALLI.

Most titled and known athletes