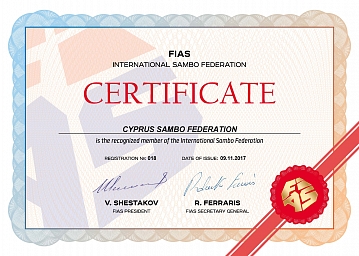 Cyprus Sambo Federation in 2011 was officially recognized by the Cyprus Sports Association.

In 2012 Cyprus Sambo Federation was officially recognized by the Cyprus Olympic committee.

In 2013 Marilena Pangalou won medal in the European Sambo Championship and took 7th place at the Universiade 2013 in Kazan.