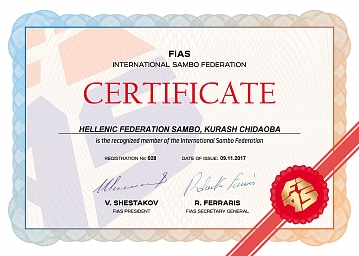 The Hellenic Sambo Federation was founded in 2001. The federation is an active member of FIAS, and is developing and promoting sambo in all parts of Greece. Every year Greek athletes take part in all the main events in the world of sambo: continental championships, world championships, competitions and seminars.

Here are just some of the competitors who have won medals and fame:

Elilsavet Teltsidou – women’s world champion in 2013 and 2012, winning gold at the championships in Bulgaria and Greece.