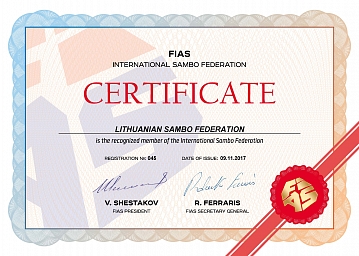 
The exceptionally large contribution to Sambo development in Lithuania made Prancishkus Eygminas (1936-2006). He did a lot for the sport in the European and global scale. P. Eygminas was interested in Sambo, being a student at Vilnius University. Soon he became the leader of the University section of Sambo.

World Champions
In the entire history of Lithuania on the highest step of the podium at the World championships were three athletes: Cheslovas Ezerskas, Eva Klimashauskene and Sergei Grechikho.