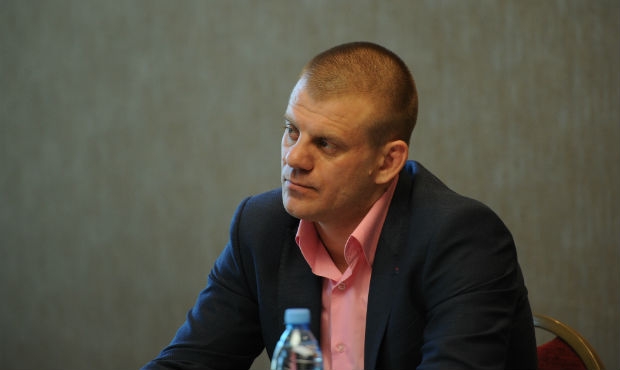 Viktor Savinov, six-time world champion, head coach of the Ukrainian men's Sambo team and a member of the FIAS Executive Committee, gave an exclusive interview to journalists in Ukraine. He talked about his journey in Sambo, the development of our favorite sport in the world, and his plans to set up a Sambo school in Kharkov.

"The revival of Sambo, once the glory of Odessa, is well underway. Viktor Savinov visited Odessa Region twice in six months," says Vakhid Sabirov, First Vice-President of the Sambo Federation of Odessa Region. "He held a master class in the spring at the first Ukrainian Cup in Odessa and appreciated our efforts in organizing the tournament. In July, Viktor and his family visited a recreation center near Odessa, which we're trying to equip as a Sambo center. At the end of May, we held the Ukrainian Championship there among the younger boys (nearly 400 participants); a sports camp for children and training camps for seniors are held there as well. We've prepared an exclusive interview with our champion."