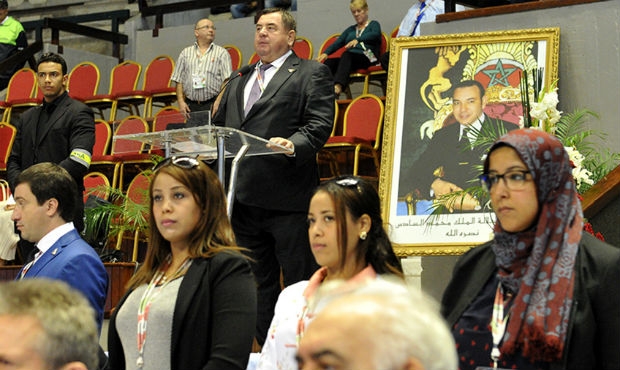 Second day of the World Sambo Championship started from the moment of silence to honor the victims of terrorist attacks in Paris. FIAS President Vasily Shestakov claimed:

"On behalf of FIAS we would like to express our deepest condolences for the horrific act of violence and inhumanity which happened yesterday in Paris.

Sambo is a big family and France is a part of it. We grieve for the victims with French athletes, France and the whole world.

Terrorism is evil which can be defeated only together".