Bhardwaj SATISH: “SAMBO makes me and my life better” 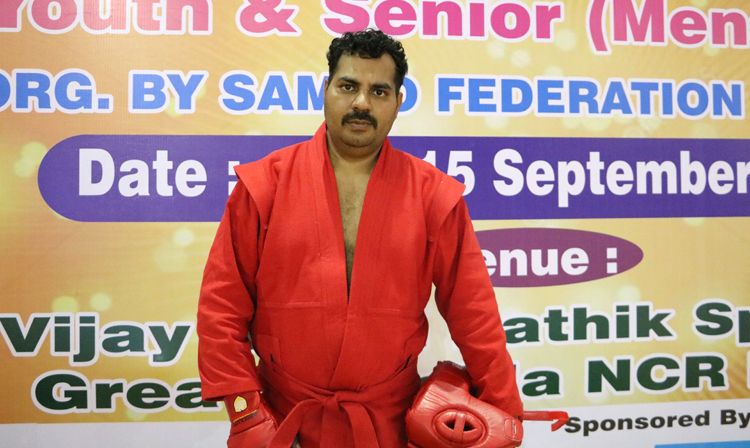 Bhardwaj SATISH (India), a silver medal winner in the up to 100 kg weight category in combat SAMBO.

– I took part in the Asian SAMBO Championships for the first time and eventually won a silver medal. At an international tournament, the silver is all well and good, though it's not an excellent result. So I can’t say that I feel totally satisfied. Next time I will definitely win gold.

Today I performed in a weight category that was untypical to me, I had to gain six kilograms. Last year, I was competing in the up to 90 kg weight class. Further on is the World Championships in Korea; in Seoul I will also perform in the up to 100 kg category.

I've been practicing SAMBO for about 10 years now, while previously I was engaged in boxing. Now I can confidently say that SAMBO makes me and my life better.

It's pity that SAMBO is still not recognized by the National Olympic Committee of India, but this fact doesn't make my passion for SAMBO any weaker. I would really like for SAMBO to be recognized in India in the nearest future, and to be included in the program of the Olympic Games, as well. It is important that as many people as possible would be able to practice SAMBO around the globe.