Gulnur YERBOLOVA: “The Advantage of SAMBO is the Fighting in Ground Position” 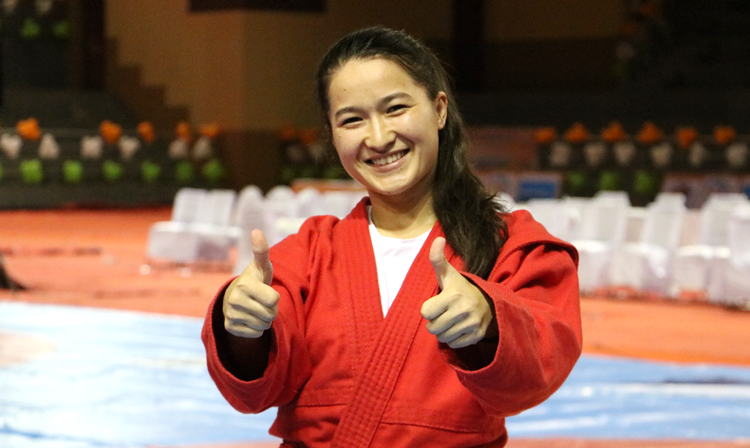 Gulnur YERBOLOVA (Kazakhstan), a gold medal winner in the up to 52 kg weight category among women.

– The advantage of SAMBO is the fighting in ground position, and its peculiarity lies in its submission techniques. I managed to win thanks to submission hold on the arm (the armbar). But despite my early victory, I would like to compliment an athlete from Thailand, she really fought well. We met with her on the mat for the first time, and I can say that she is a gifted sambist. The high level of the Thai athlete was a pleasant surprise for me.

These are my third Asian Championships. Despite the fact that this is not my first victory in Asia, for an athlete who has been training for many years, devoting myself entirely to this sport, each new medal brings unforgettable impressions - a feeling of great joy, and this tournament is no exception. It is nice to overcome all difficulties and become a three-time Asian Champion, against all odds.

I also wish to thank the athlete from Kyrgyzstan who I fight in the semifinals against, for a good combat. She is a very strong athlete who feels herself confident in ground position, conducts submission techniques professionally, including those on Achilles tendon. It was far from easy to defeat her.