Dmitry MAKSIMOV: "I see a great potential for the development of SAMBO in Korea" 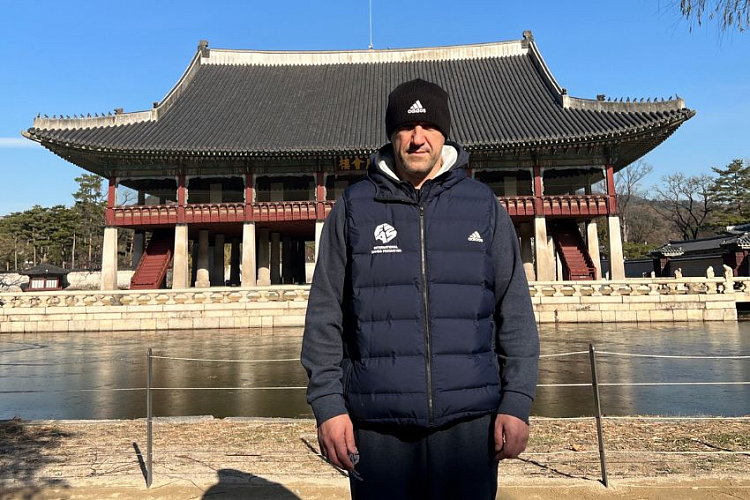 FIAS Sports Director Dmitry Maksimov visited the Republic of Korea from December 2 to 11, where he held an attestation seminar for coaches and referees, master classes for local SAMBO clubs, special classes for police instructors, and also visited Kukkiwon and Yong-in University. 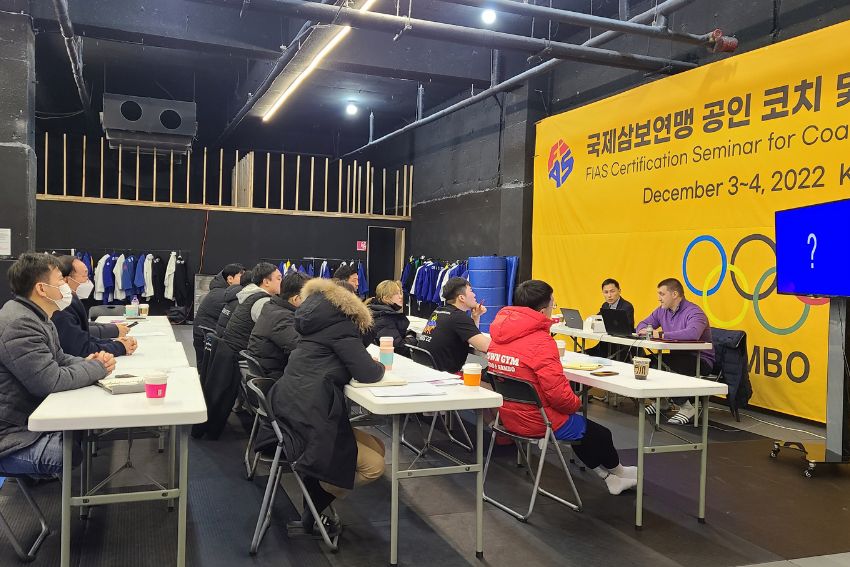 In the Seoul club of the coach of the Korean SAMBO team "Final" on December 3-4, an attestation seminar for coaches and referees was held. The classes were held in a combined format. 8 coaches studied in detail the classification of SAMBO techniques and showed their level of preparation at the exam. 12 referees mastered the latest version of the International SAMBO Rules, having learned from the video how to correctly assess difficult situations during bouts. 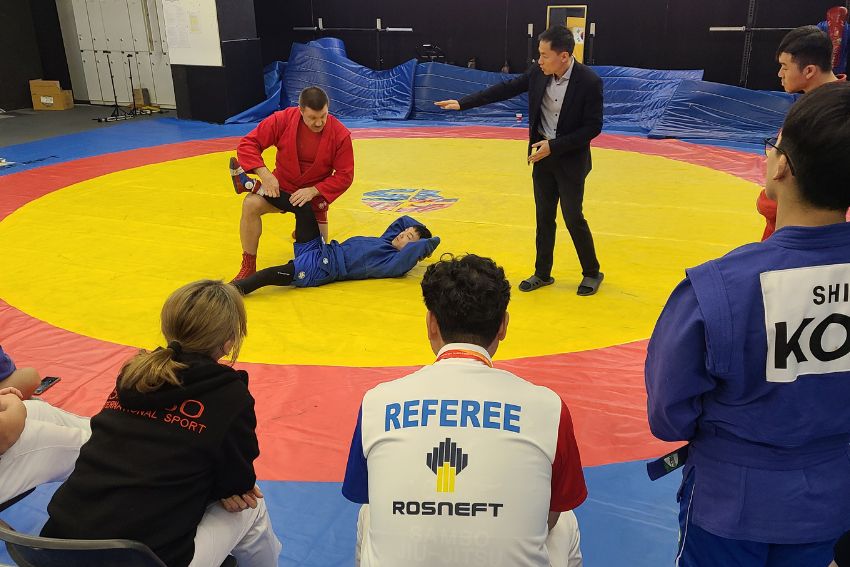 Master classes were held at the Maeul club in Seoul for youth, at the Korea Fight Gym club in Chon-an for children, and at the Chunmukwan Top Team club in Cheongju for trainers of the regional federation. During the training, the participants got acquainted with the features and secrets of SAMBO techniques. Lee Sambo, who was born during the 2019 World SAMBO Championships, and his brother Lee Roun were at the class in Cheongju. 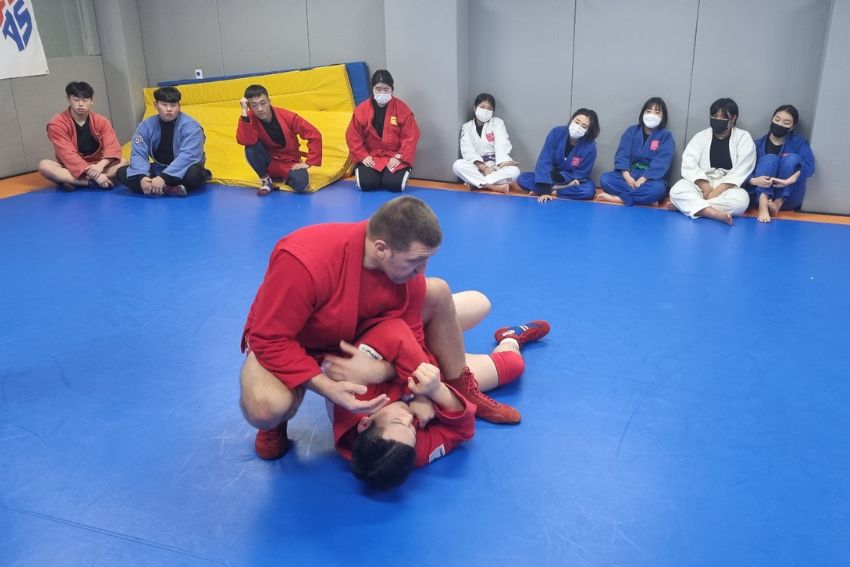 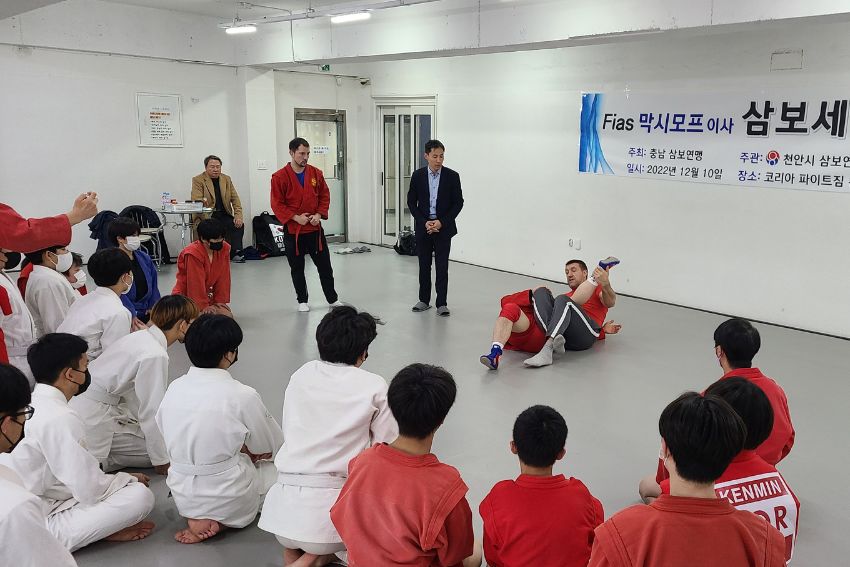 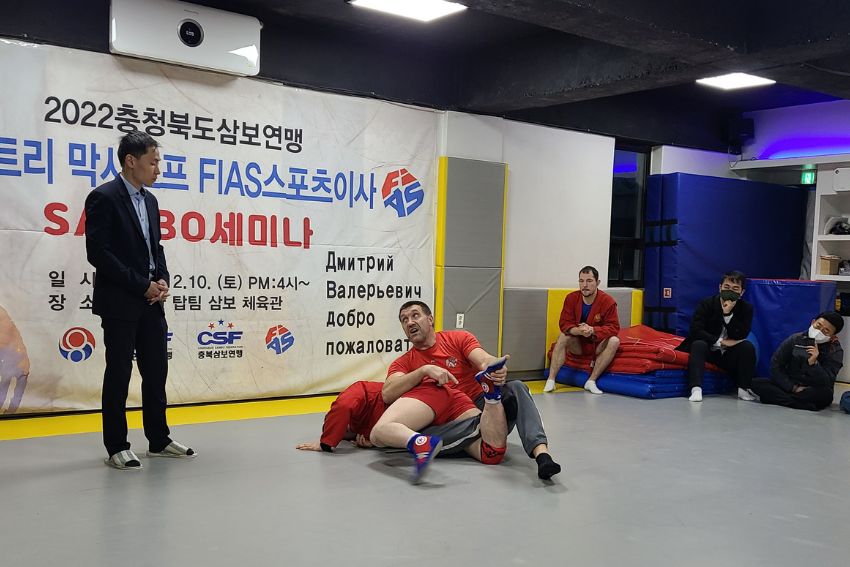 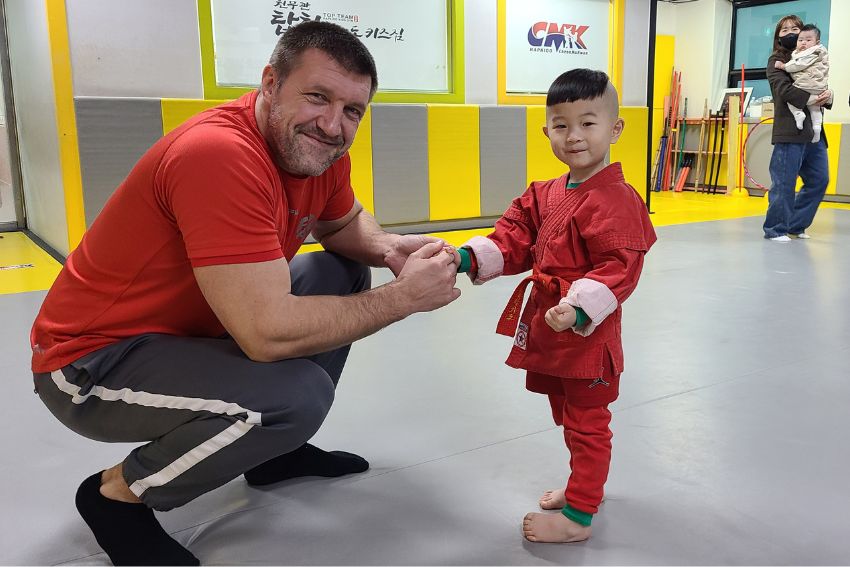 During a visit to Yong-in University on December 5, Dmitry Maksimov met with the Dean of the Faculty of Martial Arts, Kim Yonghak. The parties discussed the current situation of teaching SAMBO at the university and decided on the prospects for the development of university SAMBO. In the same place, teacher Evgeny Ivanov held an open lesson in SAMBO. 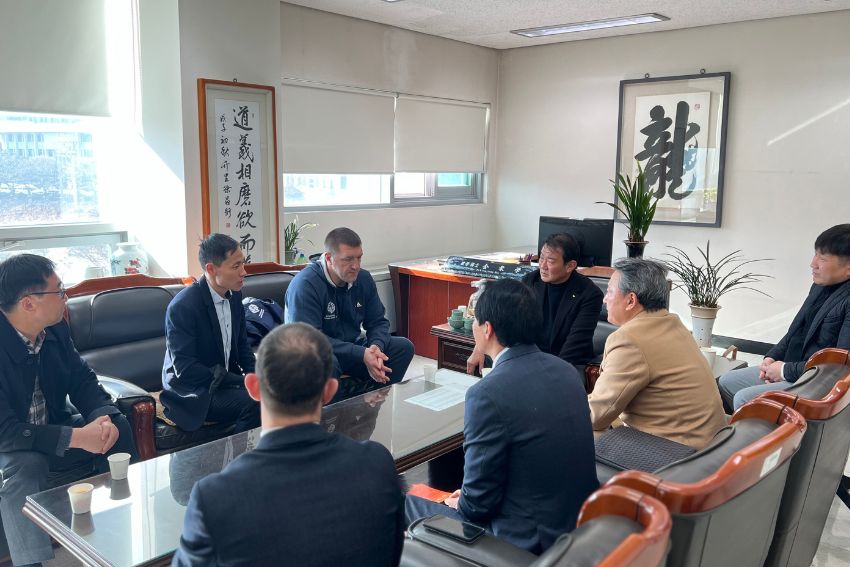 “The SAMBO class was distinguished even by the warm-up, which consists of exercises related to certain elements of SAMBO techniques. Our clubs should organize the order and content of classes so that they are fun and rewarding. This will attract more people to the clubs,” said Mun Seongcheon, President of the Korean SAMBO Federation. 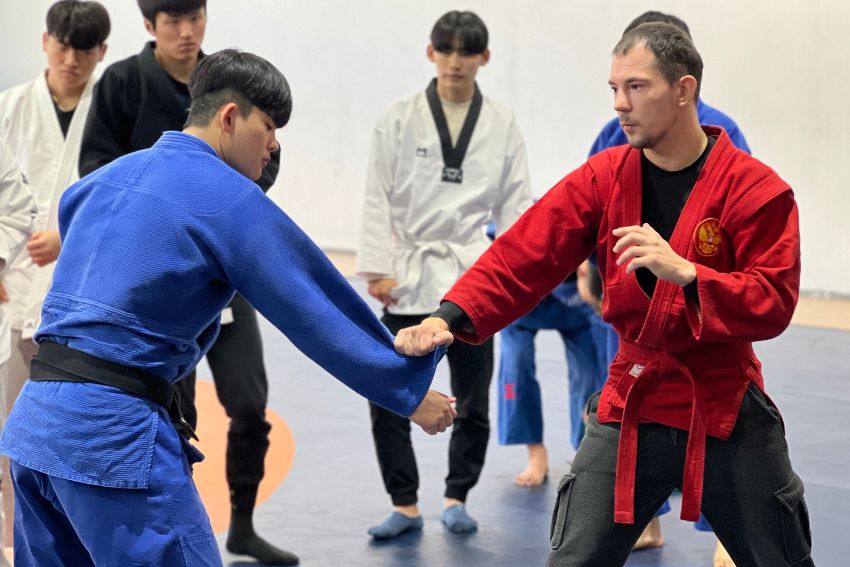 The next day, Dmitry Maksimov visited Kukkiwon, the headquarters of taekwondo, the national sport of Korea, where he met with the director of the institution, Lee Dongsup. The FIAS Sports Director expressed great interest in the history of the development of taekwondo, the worldwide spread and becoming an Olympic sport. He visited the taekwondo demonstration group training and the museum of the history of this martial art. 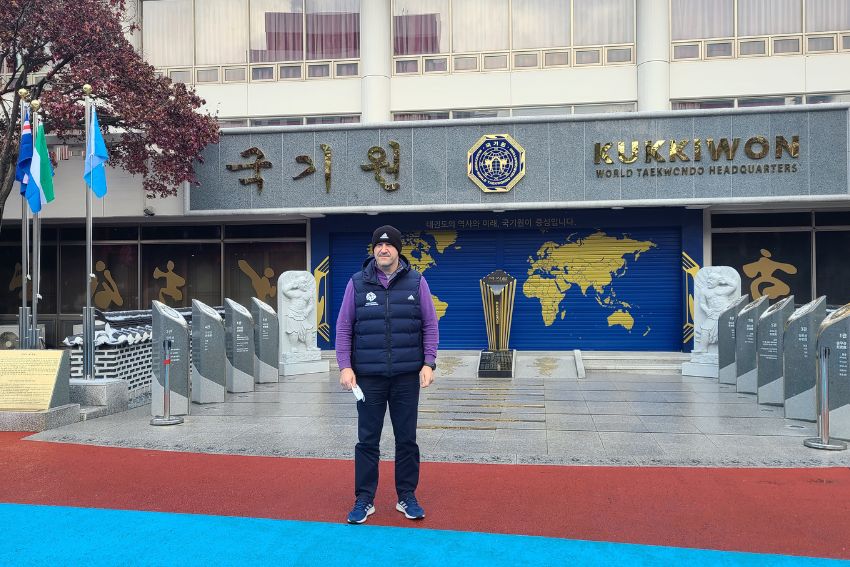 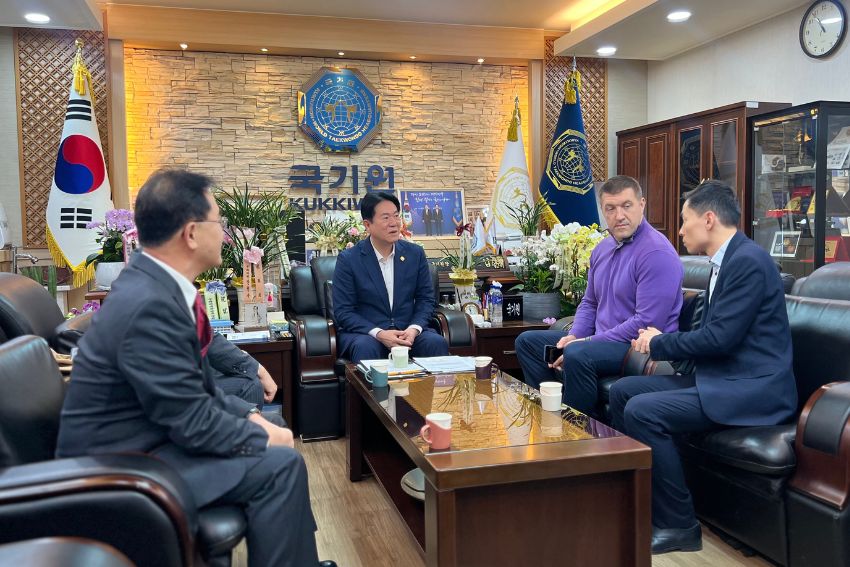 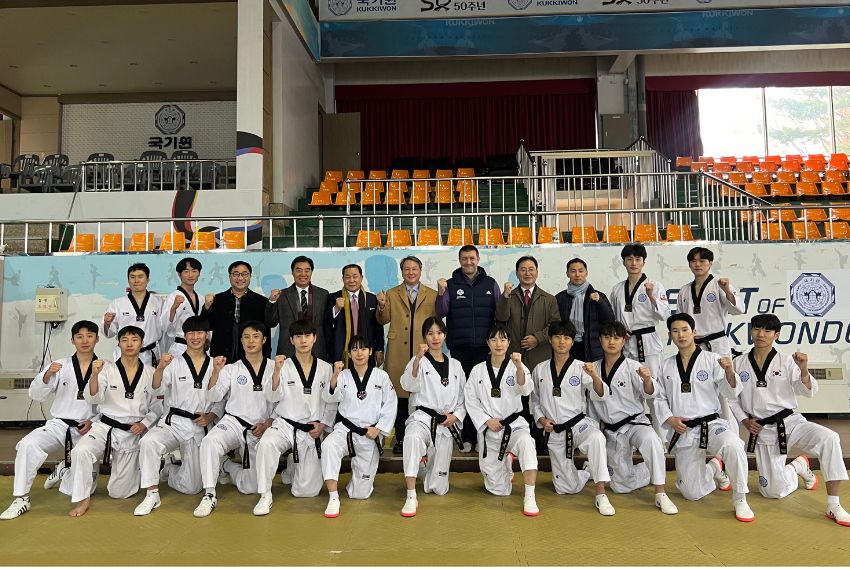 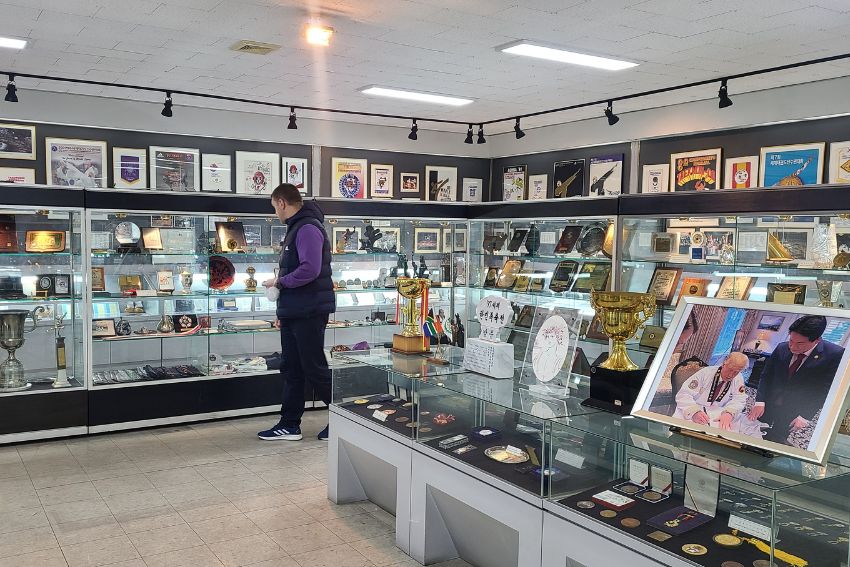 At three special classes for instructors of the police and the special squad, which were then held by Dmitry Maksimov, applied SAMBO techniques were demonstrated, which will allow to quickly and safely neutralize violators. Given Korea's focus on protecting human rights, the focus was on the least traumatic techniques. At the class for SOU, the special guest was Lee Sangsoo, the legend of Korean SAMBO and the owner of the reinforced concrete press. 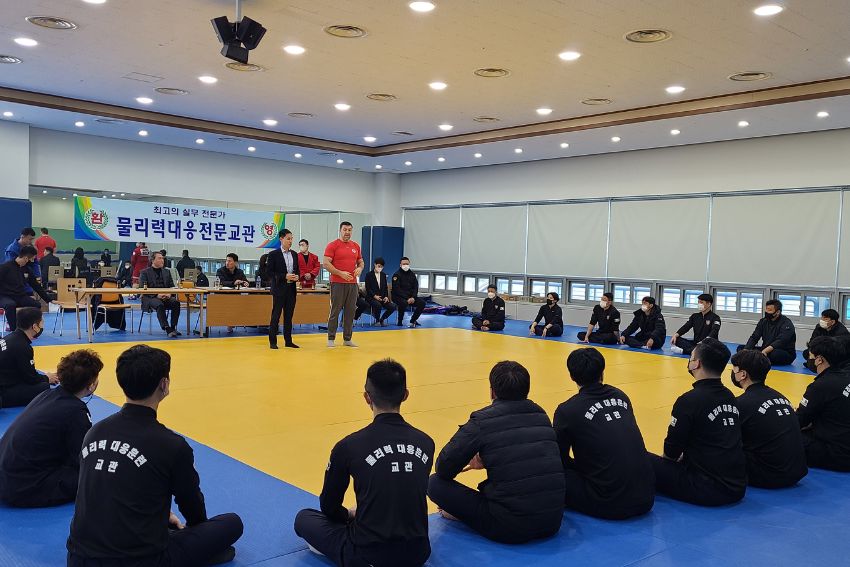 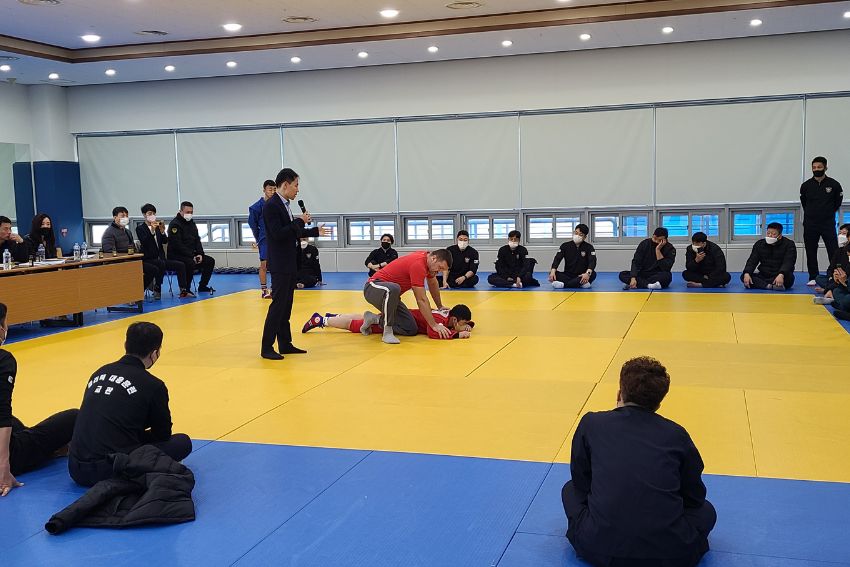 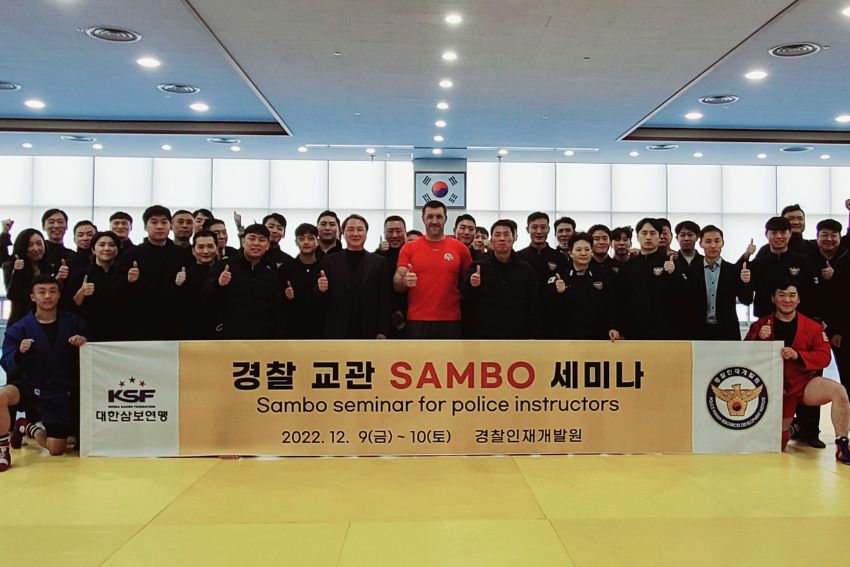 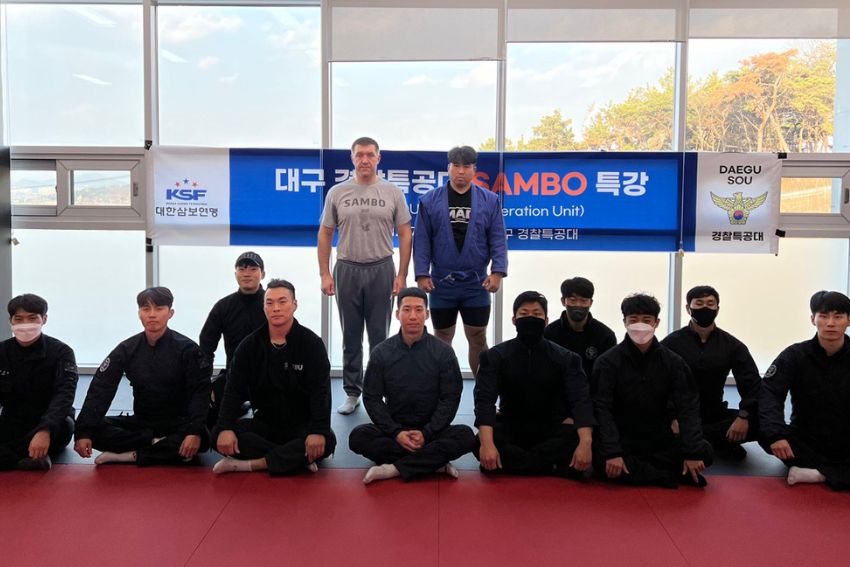 “The visit of FIAS Sports Director Dmitry Maksimov made a valuable contribution to the systematization of SAMBO teaching methods in Korea, raising awareness and interest in SAMBO among members and coaches of sports clubs, police officers, expanding the basis for SAMBO popularization, and stimulating further growth. I would like to thank Mr. Maximov for accepting our invitation, hard work over such a long period of time. We will make every effort to further actively develop Korean SAMBO so that the next year will be marked by new achievements,” Mun Seongcheon said. 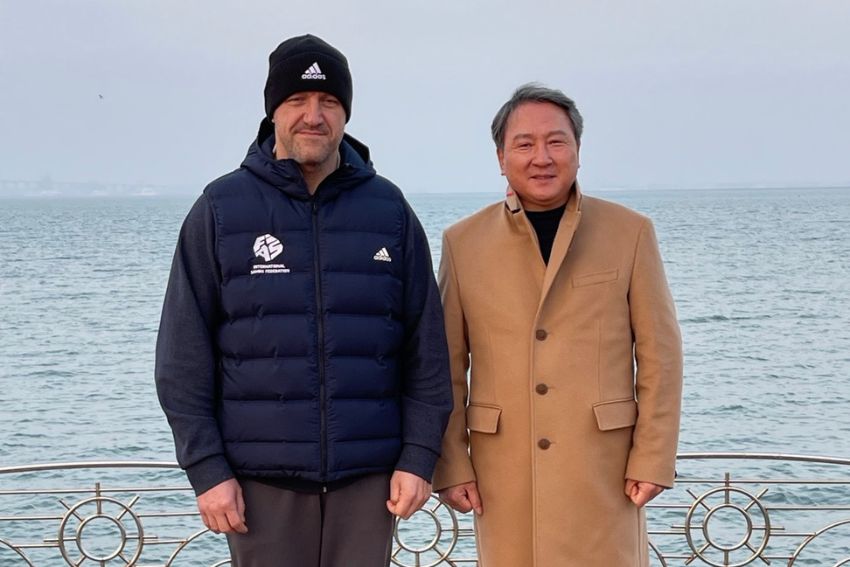 In turn, Dmitry Maksimov noted the enthusiasm of Korean coaches, referees, athletes and representatives of the national SAMBO federation.

“I see great potential and desire for further development and growth of SAMBO in Korea. I am glad that I contributed to strengthening the competence of Korean SAMBO, as well as visiting the homeland of taekwondo and its headquarters Kukkiwon. I hope that the acquaintance of the Korean police with effective SAMBO techniques will serve as the beginning of its introduction into the personnel training program,” said the FIAS Sport Director.