Being Friends in Difficult Times 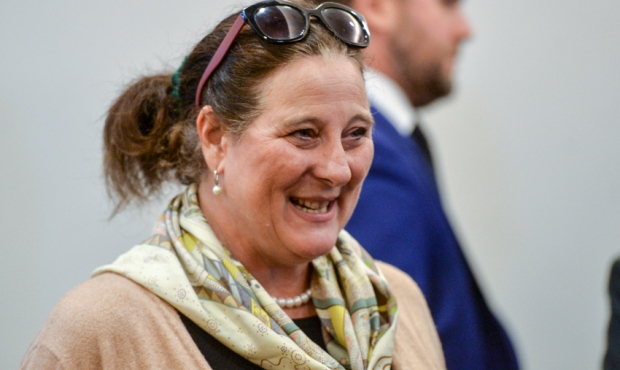 Princess Katarina headed the Organising Committee of the President's SAMBO Cup, which is being held in the United Kingdom for the third time. In 2014, the Cup was hosted in London, last year, in Manchester, and now, in the quiet capital of turbulent Scotland, Edinburgh. And at a grand reception, the opening words were from Princess Katarina. The tall, large, royal majestic woman called on all participants to be calm, confident, and friendly, because sport itself is a symbol of fair competition and comradeship.

And although royals rarely give interviews, for the sake of the President's Cup, that tradition was exclusively bypassed with the permission of the princess.

Your Highness, to which branches of royalty do you belong?

Princess Katarina: On my maternal side, I am one of Queen Victoria's great-granddaughters...

Who ruled for so many years...

Princess Katarina: And on the male line, I belong to the Balkan Karageorgevich dynasty, more specifically, the King of Serbia.

Do you live in a royal palace in London?

Princess Katarina: I would like to. But, no, I have a big house in the English capital. I work in the charity field, and head my own fund. I also work in tourism.

And how come you became interested in SAMBO last year, and were at the President's Cup in Manchester? 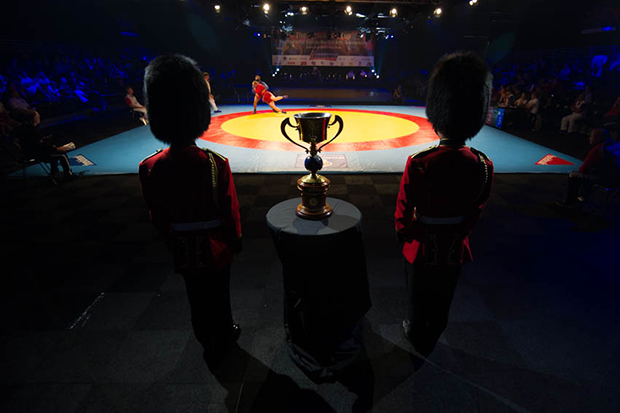 Princess Katarina: I was invited to the tournament by my friend, Michael Wynne-Parker. He is a businessman and fan of self-defense without weapons: he heads the Commonwealth SAMBO Association. And I am close to the martial arts. I did judo as a child.

But you were probably treated carefully. You can't really catch a princess in an armlock.

Princess Katarina: Not so. During my school years, all sorts happened. I did not become a professional. I had too many other things to do. However, the good thing about sport is that everyone becomes equal. It is democratic, everyone is the same. That's why I'm a fan. And now I'm interested in SAMBO.

Even in these difficult times, when the relations between our two countries are complex?

Princess Katarina: They are difficult. That's the period now. But everything changes, develops and flows. And, I hope, everything will smooth itself out. But SAMBO is simple, friendly and very accessible: it helps find common ground beyond political formats and the established frameworks. I very much hope that the third President's Cup held in Britain, will serve for the good. Sport and culture are what live and even thrive without politicians. This means you can do good for our benefit in these fields.

And Princess Katarina patiently sat six long hours in the old hall built in ancient times at the Meadowbank Sports Centre. For everyone the slightest bit familiar with SAMBO, it is clear that for the third time the hefty 10-kilogram Cup, encrusted with precious stones, would be taken home by the Russians. 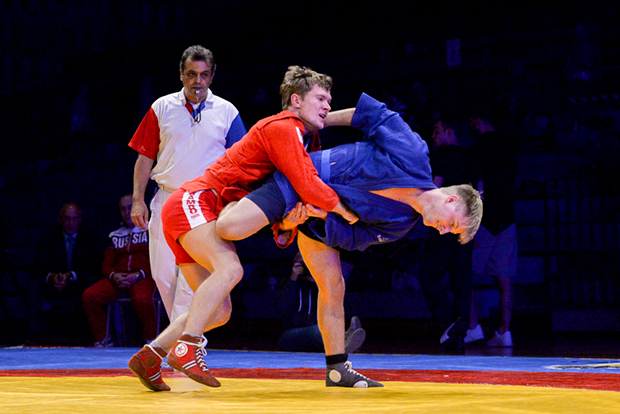 In their group, the Russians defeated the French and the Italians. In the finals, the Dutch fell to the hot hands (and feet) of the Russians 6:1. Arsen Semiyan lost the only fight. Italy and France won bronze. The Scottish people greeted the victory of Russia by chanting "Spa-si-ba! Spa-si-ba!" The President's Cup was awarded by Princess Katarina, the head of the Organising Committee. And only then she rushed to her plane. Yes, such result was expected. However, take a look at the situation from the other side. As Michael Wynne-Parker, president of the Commonwealth SAMBO Association told me, "The general level of the sport is determined by how outsiders get closer to the class of leaders. And here, thanks to the President's Cup, we have become closer to you."

And you can't disagree. The policy of the International SAMBO Federation is aimed at having as many competitors to the Russians in the world as possible. And it is working. I would like other major world sports associations to show signs of such sporting nobility. 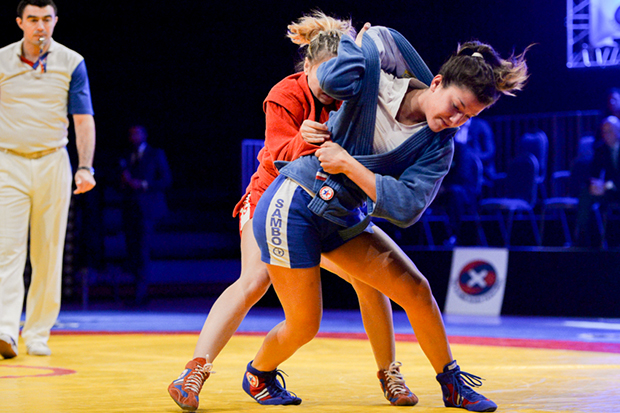 For their part, the Scots, who took the right from the British SOMBO Federation to stage the President's Cup at home and replace the English team with the Scottish one, tried to give the tournament some color somehow. And, of course, it was not without local bagpipers and drummers in tartan kilts.

One of the musicians, deliberately speaking the local dialect, even explained things. He convinced me that most orchestras I've seen outside Scotland are fake, and just work as if they are Scots. Firstly, their outfits are lighter, because a real one like his, for example, must weigh about 20 kilograms. And, secondly, most importantly, no underwear should be worn under a kilt. It was not possible to verify this last point in the hall full of the fans. 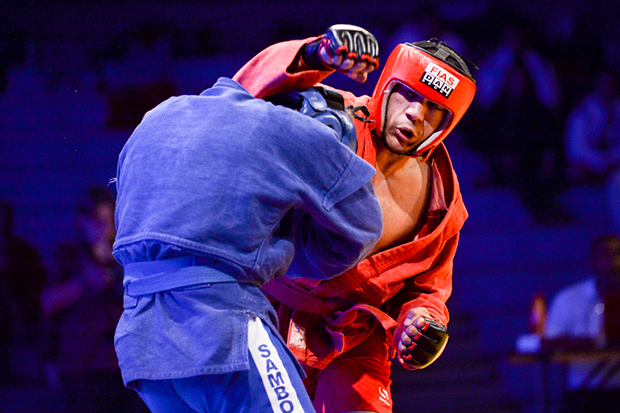 The Grand Slam in combat SAMBO was of interest. Vadim Finkelchtein, the president of the World Mixed Martial Arts Association, came to Edinburgh. He was followed by the best wrestlers from 10 countries, including such an exotic one as Aruba. Vadim said frankly that main makeup of wrestlers and fighters comes from SAMBO. Here, wrestling, combining 25 types of national martial arts, is the most dynamic and spectacular, and sambists are among the most successful. A favorite example is Fedor Emelyanenko, who came from SAMBO.

According to him, if mixed martial arts together with SAMBO seek recognition by IOC and inclusion in the Olympic family, things will go better and faster. This may be a valid point of view.

At least, in Scotland all bouts in four combat SAMBO weight categories passed with flying colors. Aleksey Ivanov (Russia), at 82 kg, defeated Charly Schmitt from France with a knockout. I liked the officer from Aruba, Adrick Croes, weighing 90 kg. People can really be calm when major Croes is on duty. The Aruban mightily knocked his first opponent out of the fight. But he lost to England's Matthew Clempner in the final.

The next President's Cup is also scheduled to be staged in the UK, although where exactly has yet to be decided. It is important that the tournament for the bold and friendly continues to live on with us.