“It was a battle of wits” 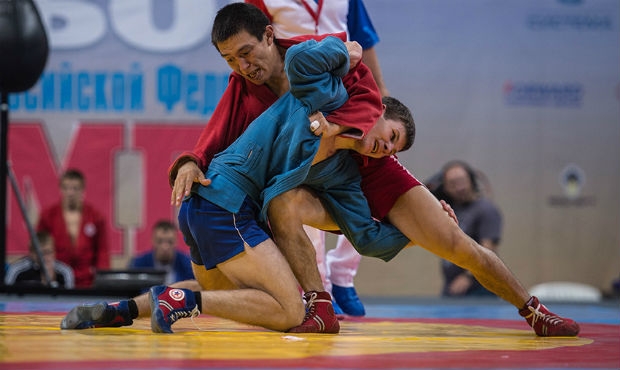 The Russian President’s Sambo Cup was held on September 11 in Moscow’s Friendship Multipurpose Gym between teams of Russia’s national security agencies in “wall to wall” format. These Sambo competitions always attract increased interest, because the athletes go to the mat to fight not only for themselves and their titles, but also for a common cause. The FIAS website followed the moods and emotions of the competitors during the finals, and the Sambo wrestlers added their comments on the key points of the final match.

[VIDEO] HIGHLIGHTS OF THE RUSSIAN PRESIDENT'S SAMBO CUP 2015 IN MOSCOW

Four-time world champion Ilya Khlybov put his team of Interior Ministry troops in the lead. After his win in the weight category up to 62 kg, the score in the final match was 2:1. 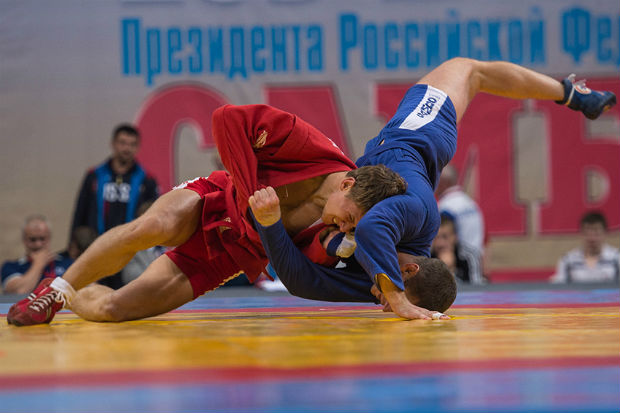 “I’d never met my rival Vladimir Sapozhnikov on the mat before, although we know each other quite well. Volodya is a strong athlete who fights well on the mat, and he used smart tactics in the fight. At first, it was difficult for me to find his weak spots, but then I took the initiative, added speed and movement, made a throw and won with a painful hold,” Khlybov said at the end of the fight. “In a team tournament, it’s not just my win that’s important, but also the final win of the whole team. When you compete in the Russian President’s Cup, some of these words motivate you to fight in a special way. I don’t have a chance to fight in this tournament every year, so I try to go all out.”

The representative of the Interior Ministry team, Nikita Kletskov (weight category up to 68 kg), once again evened the score to 2:2, which definitely increased the tension and revived the suspense of the contest. Kletskov admitted that the challenge facing the team was to take revenge, and every athlete was focused on giving everything. 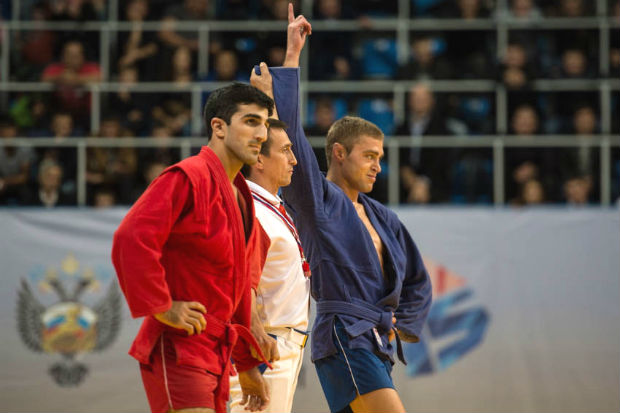 “In last year’s finals, the score after my win was 1:3, and now it’s even at 2:2. We have some strong guys competing later, and there’s real hope that we’ll return the favor. This isn’t last year’s rival: the national team of Internal Troops has changed noticeably compared to last year. Last year I also won my fight, but I fought with another opponent,” Kletskov said.

“Interest in the Russian President’s Cup is mainly due to the “wall-to-wall” competition format. However, I wouldn’t say that Sambo is only an individual sport. In all major competitions, there’s a struggle in the team event for the number of points and medals, so the team spirit is always present. I’ve competed in the Russian President’s Cup in previous years, when the competitions were held in international format. Both then and now, we see a few teams that are fighting for medals, and a few that are still weaker. In terms of organization, both tournaments are being held at the highest level,” Kletskov said.

But the MIA Sambo team’s hope for revenge was not to be. The team of Internal Troops managed to shoot ahead and win several victories in a row. The turning point for the team of Interior Ministry troops, when the score was 5:2, was brought in by Viktor Osipenko in the weight category up to 90 kg. 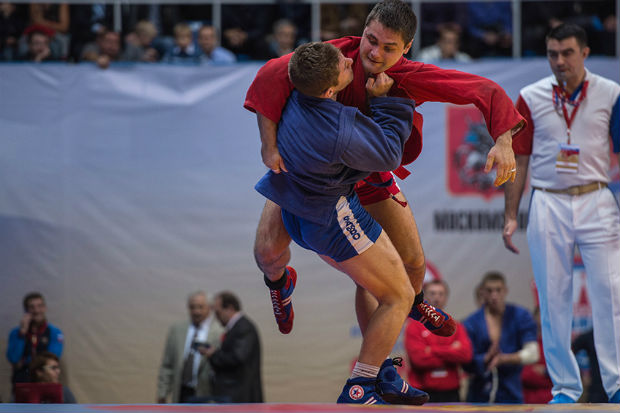 “It was one of the key fights; in any case I had to win. The opponent in the finals is crucial, it’s not first time we’ve met. However, all the other opponents are also specially prepared to meet with us. Our status as favorites and the fact that other teams are tuning to us in a special way, has only given us strength. Of course, giving up the Cup wasn’t in our plans. I’m glad we were able to defend it with confidence,” Osipenko says. My brother [Artem Osipenko] and I competed on different teams. To be honest, I’m cheering for him, but I try not to do very loudly. It’s a good thing we fight in different weight classes, and there’s no overlap at competitions. If we met on the mat in this kind of competition, we’d have to fight all out, even though we’re brothers. And during training, there was real rivalry each time - we didn’t give each other extra points. We constantly compete and fight, and that’s probably why we get results.” 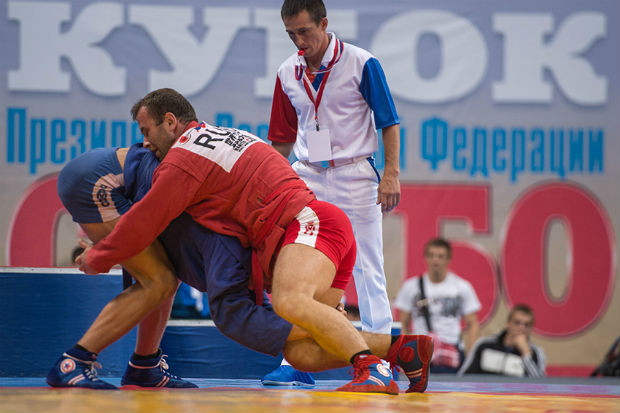 “In a fight between two world champions, the audience expects an intense and entertaining battle. However, in our case it was a competition of tactics. I had planned to make an effective attack, but managed to win in a different way. I took the warning and kept the advantage on the mat,” Chernoskulov says. “It was a battle of wits. I’m pleased that the outcome of the general confrontation was in my favor, but our commitment to principles wasn’t hurt by my fight with Dmitry. The leaders of the Russian national team – 6 of the best Sambo wrestlers in each weight category – were at the Russian President’s Cup. Our team held a preliminary meeting to prepare for specific opponents, and analyzed videos of the fights of each opponent. And I think they deserved to win.”

Eliseev admitted he was not in the best physical shape. So it was difficult for him to win a fight with a serious opponent. 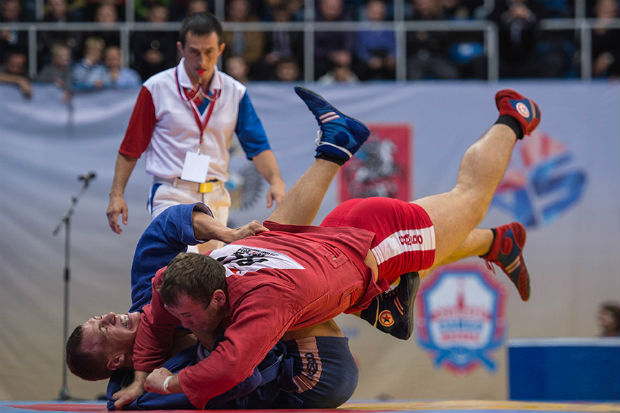 “Last year I also met with Alsim Chernoskulov in the finals and I won with a score of 1:0. Today, he fought better and deserved to win. I’m still not in good shape. I haven’t had enough functional training, and I’m not ready to win. The chances of winning were probably there, but I didn’t have the strength to use them,” Eliseev said. “As for the team competition, we had a chance to win, but we lost the most important fights in the 52, 62 and 82 kg weight categories. If two or three fights had turned out differently, we might have been more successful. But somewhere we got unlucky, and at some points, we were still lagging behind. We’re always fighting, but we’re still not happy with the final score. Last year, we lost 3-6, and this year too. We’ll see what happens in the future.”