FIAS at the “SportAccord” convention: the results of day one 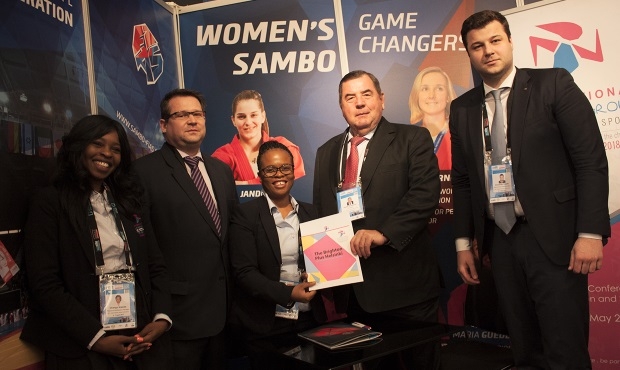 International Sambo Federation is participating in the “SportAccord” convention, which is being held in the Danish city of Aarhus these days. The first working day for the FIAS delegation at the event turned out to be full of milestone events, they are reviewed in this article.

The conference and AIMS general Assembly

The morning part of FIAS delegation’s work headed by its President Vasily Shestakov was dedicated to participation in the conference and general assembly of Alliance of Independent Recognized Members of Sport (AIMS). This organization unites international federations unrecognized by International Olympic Committee (IOC). The main goal of AIMS is to help federations gain entry to the Olympic family and to interact in order to exchange experience and provide mutual assistance. 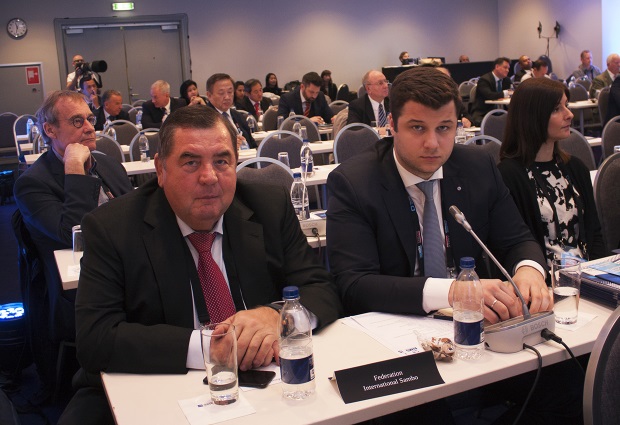 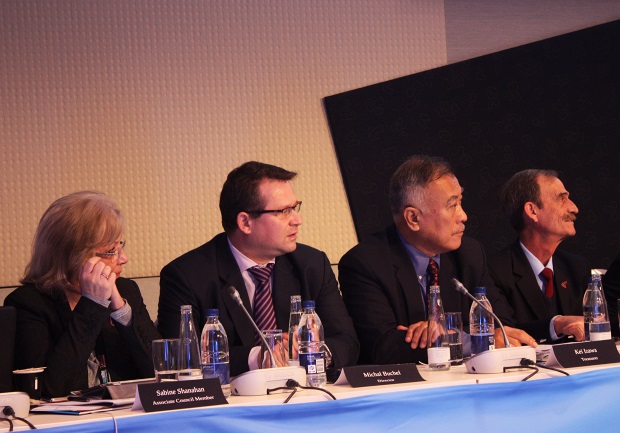 At AIMS general assembly different business issues were settled, including the structure of the organization, changes in the Charter and the possibility of renewal of SportAccord World Combat Games. AIMS President Stephan Fox also handed FIAS President Vasily Shestakov a memorable gift on occasion of Shestakov`s birthday, this gesture was also meant to point out his considerable contribution in the development of international sport.

Agreement with International Working Group on women and sports

The main theme of FIAS stand’s design at the exhibition under the “SportAccord” convention this year became gender equality. International Sambo Federation runs campaigns on a regular basis dedicated to women in sports. This issue is very important and is relevant to sambo philosophy as unarmed defense. Sambo can prove very useful to women from all round the world.

Today in Aarhus the agreement between International Sambo Federation and International Working Group on women and sports (IWG), supporting Brighton Plus Helsinki 2014 Declaration on Women and Sport, was signed. Therefore, FIAS expressed its support for the Declaration on development of sporting culture, which makes full engagement of girls and women in every aspect of sports and physical activity possible and valuable. 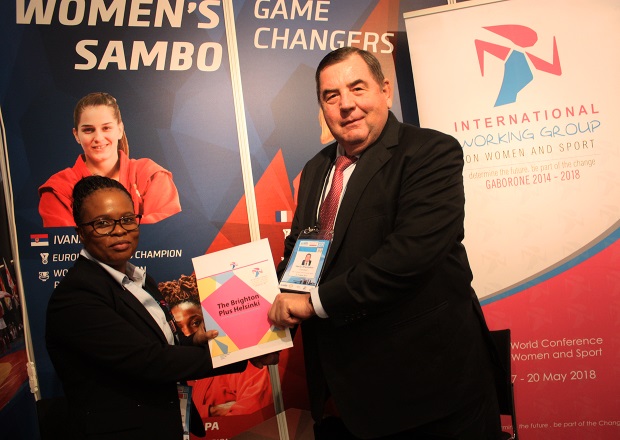 As it has already been mentioned on FIAS website, the Chairman of the FIAS Committee on women Monique Athanase took part in the session of International Working Group on women and sports in Botswana last October. Following the results of negotiations with this organization, FIAS could join sports organizations, which signed the Declaration.

FIAS President Vasily Shestakov today met with executives and representatives of the organizing committee of International Martial Arts Festival, last year it was held in the Korean city of Chongju for the first time. On the programme of the first Festival the sambo tournament, in which sambo wrestlers from different countries of Asia and from USA and Russia took part, went over very well. The sporting festival was successful and the hosts have already started preparation for the next the second International Martial Arts Festival, which will be held in 2019. Sambo, which proved to be worth watching and spectacular for the fans, will be the part of this festival. 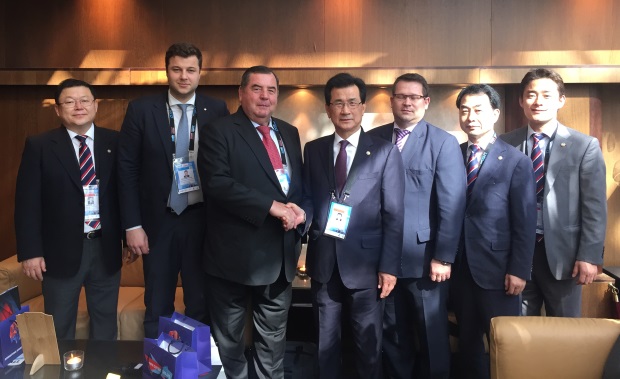 At today’s meeting between the FIAS executives and the Festival organizing committee previously raised agreements were confirmed and some other working issues of hosting the competitions were discussed. Sambo wrestlers, who want to take part in this tournament, can already set the training system until 2019.

The official opening ceremony of “SportAccord” convention is a spectacular and thrilling show, which is held on the first day of the event. The participants of the convention always enjoy the show with pleasure and FIAS website will publish photo and video of this event.