FIAS has awarded a Silver Pen to the Federation of Sport Journalists of Russia Head, Mr. Dolgopolov 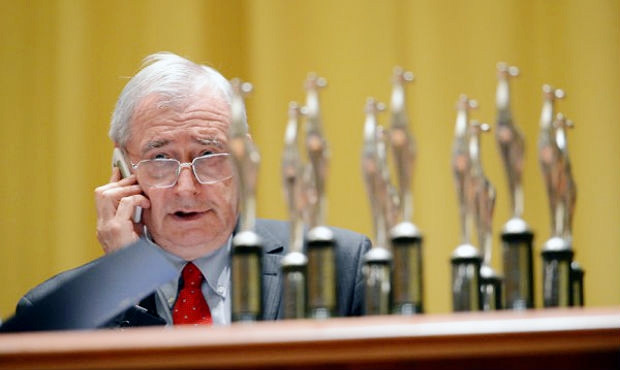 The International Sambo Federation has awarded a special prize, a silver pen, to the President of the Federation of Sport Journalists of Russia (FSJR), Nikolay Dolgopolov — for supporting this sport and promoting admission of sambo to the Olympic Games. According to RIA Novosti news agency, the award ceremony was held within the Olympic Committee of Russia on February 20, where the best sportsmen of 2014 were awarded with the FSJR Silver Doe Award.

“I would like to thank the FSJR President, the International Sports Press Association (AIPS) Vice President, and the award mastermind, Nikolay Dolgopolov for his work in the field of Russian and the world sport press,” said Vasiliy Shestakov, the FIAS Head. “Today we have honored the Olympic athletes, the pride and glory of Russia. Our Russian sport, sambo, has become international long ago, but it’s still not the part of Olympic family. We work towards being the Olympic sport, and Mr. Dolgopolov helps us as the AIPS Sambo Commission Head. I would like to award the Silver Pen, a pen made of silver, to Nikolay Mikhailovich as a symbol of his journalistic activities.”

Shestakov has also thanked all journalists who helped sambo to become the recognizable and exciting event of the modern sport.