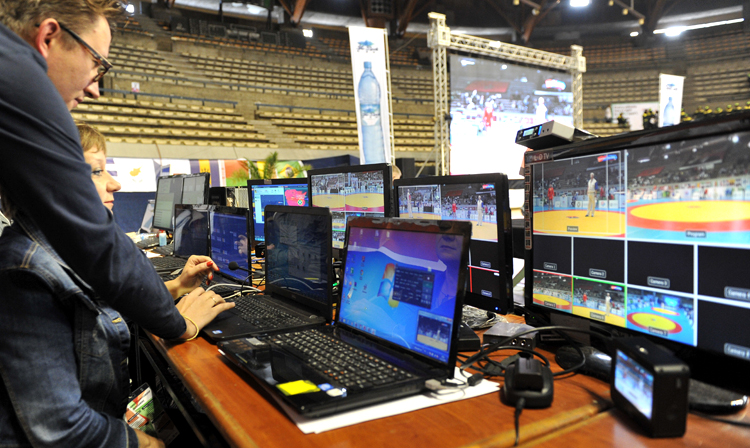 The International SAMBO Federation (FIAS) has launched the broadcast of the Internet Channel dedicated to SAMBO. FIAS television shows SAMBO competitions from different countries from all continents, thematic programs and highlights of the bouts, as well as exclusive content around the clock. For example, it is on the FIAS channel that SAMBO fans can watch the broadcast of the SAMBO tournament at the 2nd European Games in Minsk.

The main objective of the FIAS Channel is to popularize SAMBO throughout the world. Now you do not need to search for any videos on the Internet. It’s enough to turn on the FIAS channel to enjoy world-class SAMBO.

In the near future, the Channel will organize live broadcasts from the most important SAMBO tournaments, the first of which will be the World Youth and Junior SAMBO Championships in Tashkent, as well as broadcasting on various Internet platforms.

And the most pressing issue now is the name of the FIAS television Channel. In this matter, the International SAMBO Federation decided to appeal to SAMBO lovers all over the world to offer their own versions of the Channel name. Tomorrow, a contest with valuable prizes will be announced on the FIAS website. Participants will be asked to come up with the name of the main television Channel about SAMBO.